How Arab Women Journalists See Life in the Middle East

Zahra Hankir, editor of the new book "Our Women on the Ground," talks resilience in the homeland with NPR's Jane Arraf.

Late one night in her one-bedroom London apartment, editor Zahra Hankir heard a ping. It was her mobile phone, notifying her that she’d received a Facebook message from a writer — one of the 19 women journalists she collaborated with for her first book, “Our Women on the Ground: Essays by Arab Women Reporting From the Arab World,” which hits shelves today.

Hankir had been in correspondence with this particular reporter over the course of a few months. They worked through the essay she’d submitted for “Our Women on the Ground,” as Hankir did with all the others. The reporter, whose identity Hankir kept anonymous, was particularly harrowed by what she’d seen on the front lines of war. She needed space, and Hankir navigated carefully through the difficult emotions born from witnessing such traumatic events. Some of the women in the book — an anthology of essays by female Arab journalists covering events like the Arab Spring and Iraq War — hadn’t fully processed what they’d gone through. Whether covering active conflict, or the aftermath of combat in countries like Syria, Yemen and Sudan, there were deep issues at play. Some of the women went against their families by pursuing a career in journalism; others straddled the line between the West and their homeland; others, still, were refugees torn in the middle of two worlds.

Hankir grabbed her phone and opened the Messenger app. The journalist had written to her that she’d just had a nightmare. “Do you think we can put this in the essay somehow?” flashed on the screen, alongside a stream-of-consciousness paragraph — just part of almost 27,000 words this writer would ultimately send to Hankir. It was her way, Hankir says, of coming to grips with her experience. 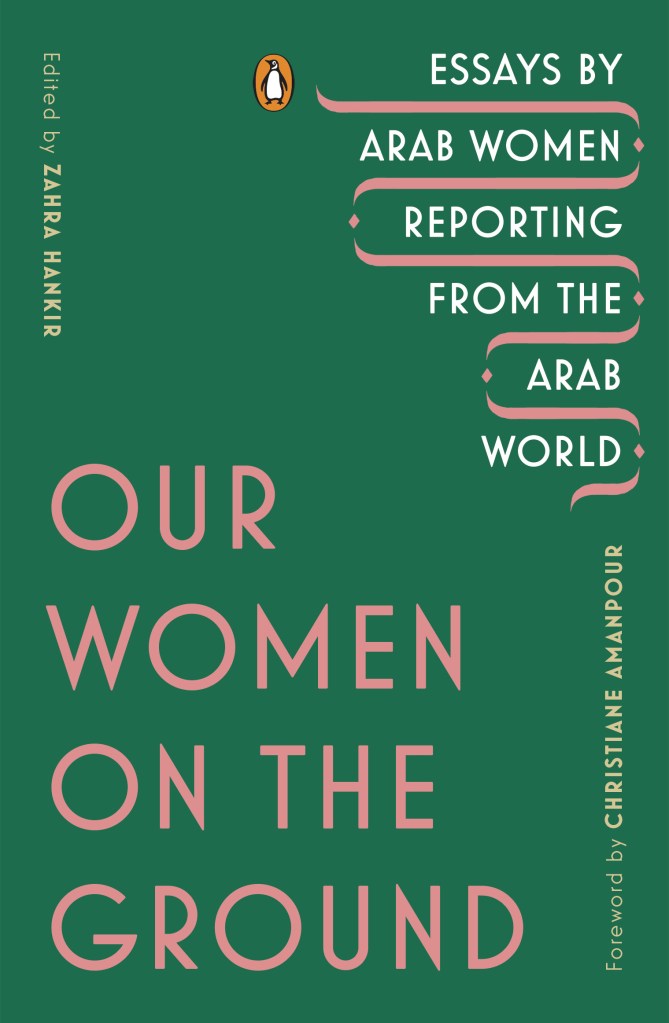 “Our Women on the Ground” is out Aug. 6.  Courtesy of Penguin Random House

Hankir first got the idea for a book while working as a reporter for Bloomberg News in Dubai, where part of her job was to monitor local news coverage in the Middle East. Despite an overwhelming amount of male writers from the West covering the Arab world, Hankir still found many of the bylines in local media were women. She was impressed with their work: how they gained access to spaces where men wouldn’t be able to report. She started logging her favorite reporters in a Google document to keep track.

Almost three years later, Hankir is still in London — this time, on a conference call with NPR’s international correspondent in Cairo, Jane Arraf, also one of the 19 women who wrote pieces for “Our Women on the Ground.”

“I personally wanted to hear more from Arab women journalists. I wanted to learn their stories,” Hankir says. “I think it was a bit selfish because I would be reading their coverage thinking, ‘How are they feeling about what they’re seeing and what they’re experiencing?’”

“War is such a terrible, complicated thing, isn’t it?” Arraf adds, her light and soothing voice tailor-made for radio floating down the line. “It strips everything down to basics.” 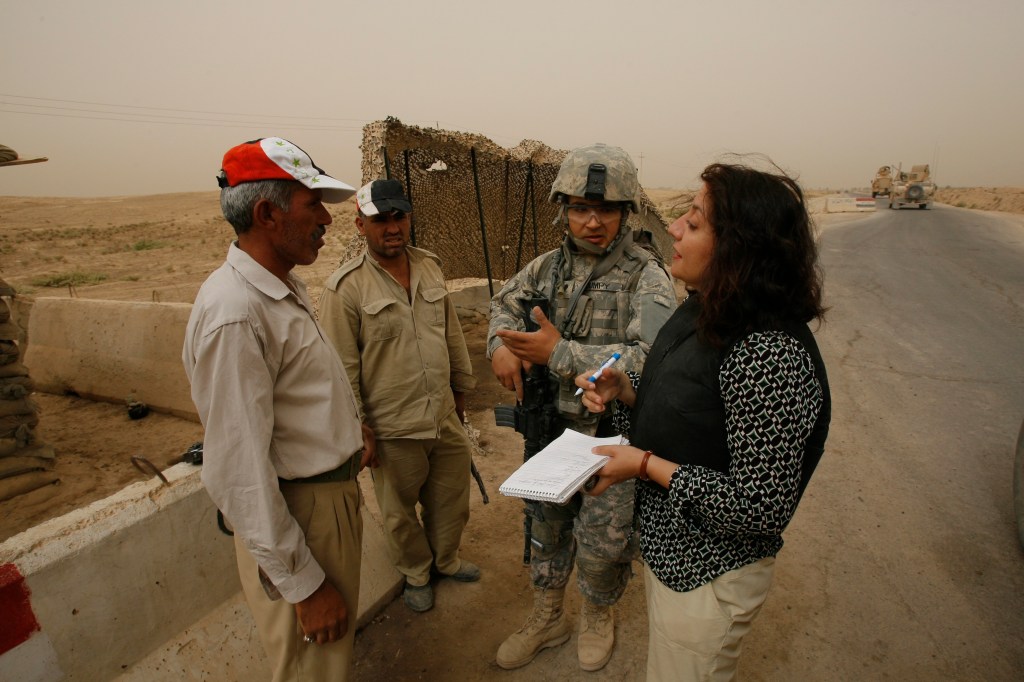 The stories in “Our Women on the Ground” vary from personal narratives about struggles with gender identity to newsy articles that tell matter-of-factly what happened. But running through all the accounts are themes of resilience, ties to the homeland and, quite often, guilt.

“There was this sense of duty, that ‘I have to do this, my country is enduring this crisis, and the truth needs to be told,’” Hankir says. “They aren’t thinking of themselves as war reporters, or foreign correspondents. There is an emotional and cultural attachment to the idea of the homeland, which is very present in the Arab world; the idea of the homeland is a poetic notion.”

Arraf’s chapter of the book, called “Maps of Iraq,” tells of her time in Baghdad starting in 2003, when she worked for CNN. There, she and her Iraqi colleagues attempted to explain the unfolding violence happening to a Western audience.

“A lot of people think we’re crazy, especially when you do live TV,” Arraf explains. “The danger is that you can’t call your parents and say, ‘No, it was nothing.’ Because they’re seeing you and hearing the gunfire. But ultimately, it’s the bargain you make with yourself. You have to believe there’s a point to it. Very few of us could ever envision saying, ‘No, I’m not going to do that.’” 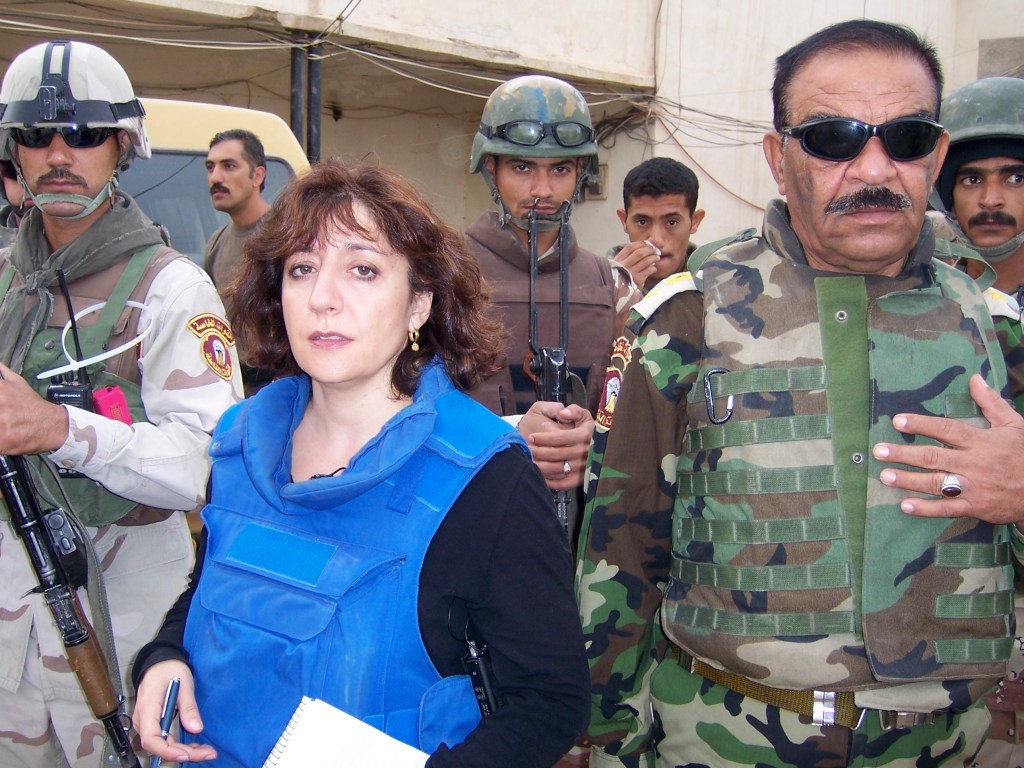 Arraf describes an anecdote in her chapter of a U.S. Marine who, as he left Iraq following eight months of combat, told her, “We hate them and they hate us.” But Arraf didn’t see it that way. She explains there was a fundamental misunderstanding rooted in fear between the Middle East and the West.

“Some of them did start to get it, some of them tried to understand off the bat,” Arraf says. “There were others, like a sergeant who, when I said, ‘Do you have an interpreter?’ replied, ‘My gun is my interpreter.’ The depth of misunderstanding was so immense. Some people tried to bridge them — some soldiers, some Marines did, a lot of Iraqis did. But it can only go so far.” 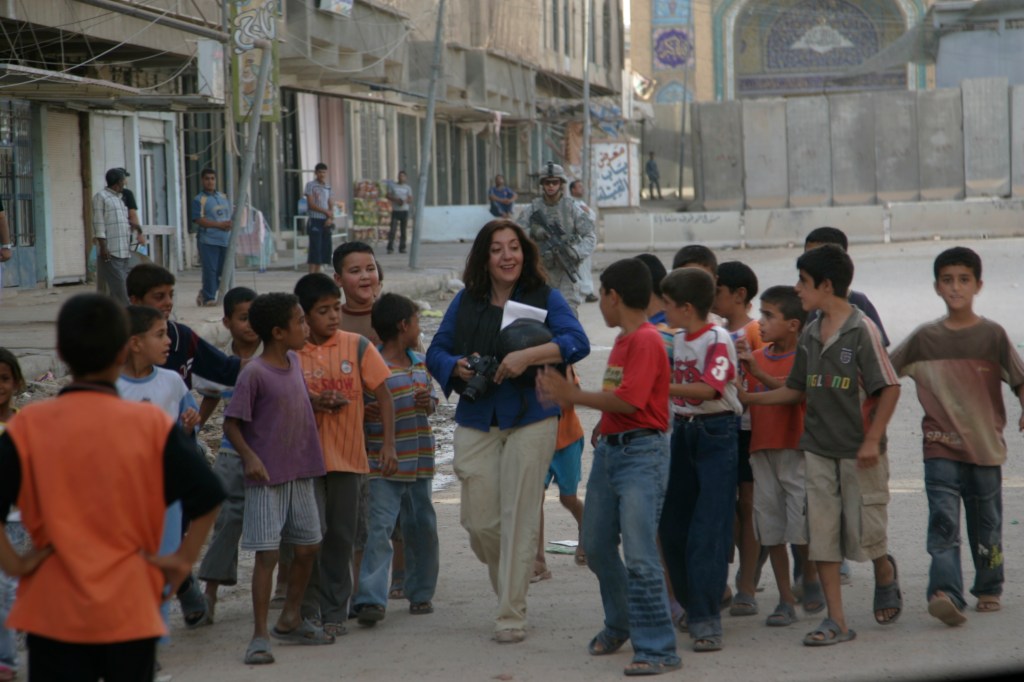 The topic of resilience among the journalists in “Our Women on the Ground” is a recurring one; women in the Middle East are often painted as subjugated and downtrodden, especially in the post-9/11 West. Hankir acknowledges that women in Arab countries do not enjoy the same freedoms men do. In fact, most of the reporters who contributed pieces to the anthology wrote at great lengths about the limitations they faced in their communities, and how much they had to fight to work as photographers, war correspondents and on-camera journalists. But Middle Eastern women also serve as enormous support systems, pillars of strength and obstinacy — a fact Hankir wanted to come through clearly in the book.

“By wanting to disrupt the stereotype that Arab women are oppressed, I didn’t want to not speak the truth that women are oppressed in the Arab world. This is a reality. Nobody’s saying ‘I’m not an oppressed woman.’ They’re saying, ‘I’m facing all these obstacles, and I’m a resilient woman. This is what I do when I’m faced with these challenges,’” she says. “All of those women experienced adversity — whether it was in their own homes, from their own families or whether it was in the workplace, by the government. They were surpassing those challenges in impressive and unique ways.”

Despite the sense of empowerment, there was still a palpable feeling of guilt. It racked the minds of the writers, some of whom questioned why, when Hankir approached them asking to write something for her, anyone would want to read their stories when such real tragedy surrounded them. Guilt felled Hankir herself, especially when she was going back and forth over e-mail and Facebook Messenger with the journalist who, in the dark of night, would write thousands of words on her experience during wartimes.

“These women were doing this incredible work and I was in the safety of my London apartment,” Hankir says, laughing over the phone while Arraf chuckles, too. “I was feeling like, ‘I need to be out there doing this work. I need to become a war correspondent.’ I had meetings at various newswires where we’d start talking about openings in Baghdad. Then I realized at a certain point that’s not really what I want — it was all rooted in feeling so close to these women and these stories.”