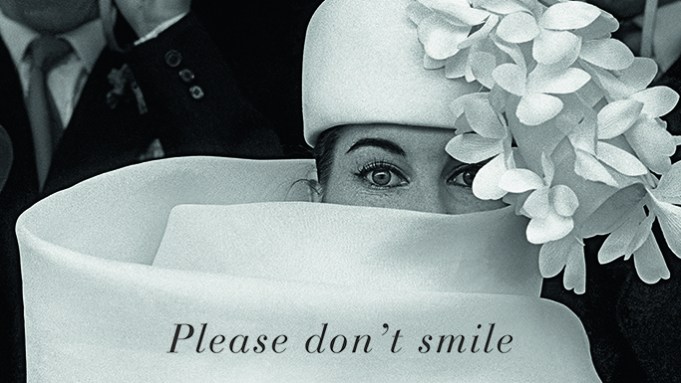 Candid with or without a camera, 87-year-old photographer Frank Horvat charmed guests at an intimate event Thursday in Berlin for his book of fashion photography “Please Don’t Smile,” published by Hatje Cantz. Horvat chatted with Christine Turnauer, a respected Austrian photographer who served as Horvat’s assistant for two years in the Seventies, and became a lifelong friend and confidant.

The two reminisced about their work on photographic assignments ranging from Indira Gandhi to Disneyland, and their differing aesthetics, with Turnauer favoring her subjects looking directly at the camera and Horvat striving to capture something happening beyond the construct of the frame. “It’s not what a photographer shows me that interests me,” said Horvat, “but what kind of person this photographer is.”

The conversation was hosted by Berlin luxury boutique hotel Das Stue, which displays at least a dozen of Horvat’s fashion images in the lobby and rooms, from the Aurora Photography Collection belonging to one of its owners.

Born in what was Italy and is now Croatia, Horvat’s vast career highlights include a stint as a Magnum photographer, international photojournalism for Life and Paris Match, and fashion shoots for Vogue, Elle and Harper’s Bazaar.

One of his first assignments as a photojournalist was the first Givenchy fashion show; a model in a Givenchy hat looks out from the cover of his book. “I started with Givenchy, so to speak,” Horvat said. His reportage-style fashion shoots featuring top models and designers, captured with ambient lighting and often including lively street life, have become classics and collectibles.

Still, after the talk, he told WWD, “to a great extent, I must say that my fashion sessions were the most boring days of my life.”

An early adopter of digital technology, and a fan of Photoshop, Horvat also has an iPad app called Horvatland, and a Facebook page he curates daily, uploading pairs of photos for his followers to interpret freely. “It’s great fun because it always means something else when they’re combined,” he said.

Horvat pulled out the pocket-sized camera he carries with him to show what’s catching his eye these days, including paintings, and a light-dappled shot of his hotel bed. He’s still working on projects, and pitched a “photobiography” of his life to Hatje Cantz just this week.

“The only thing that truly interests me in a photo is the miracle,” Horvat said. “That something happened at that moment that can never happen again. And I’m astonished by those miracles.”