The engaged couple were promoting a winter drink by their sponsor Red Bull at the Bryant Park ice-skating rink.

Lindsey Vonn working on her slapshot against fiance P.K. Subban at Bryant Park.

“I may not be the best NHL player, but I’m the best-looking,” said P.K. Subban with a laugh.

Well, that boast might be debatable, but the New Jersey Devils defenseman is definitely one of the best-dressed.

Subban, a 30-year-old veteran of the National Hockey League who was traded to the Devils earlier this year, has become well-known off the ice not only for his style, but for his love life. He’s engaged to Olympic gold medal skier Lindsey Vonn. 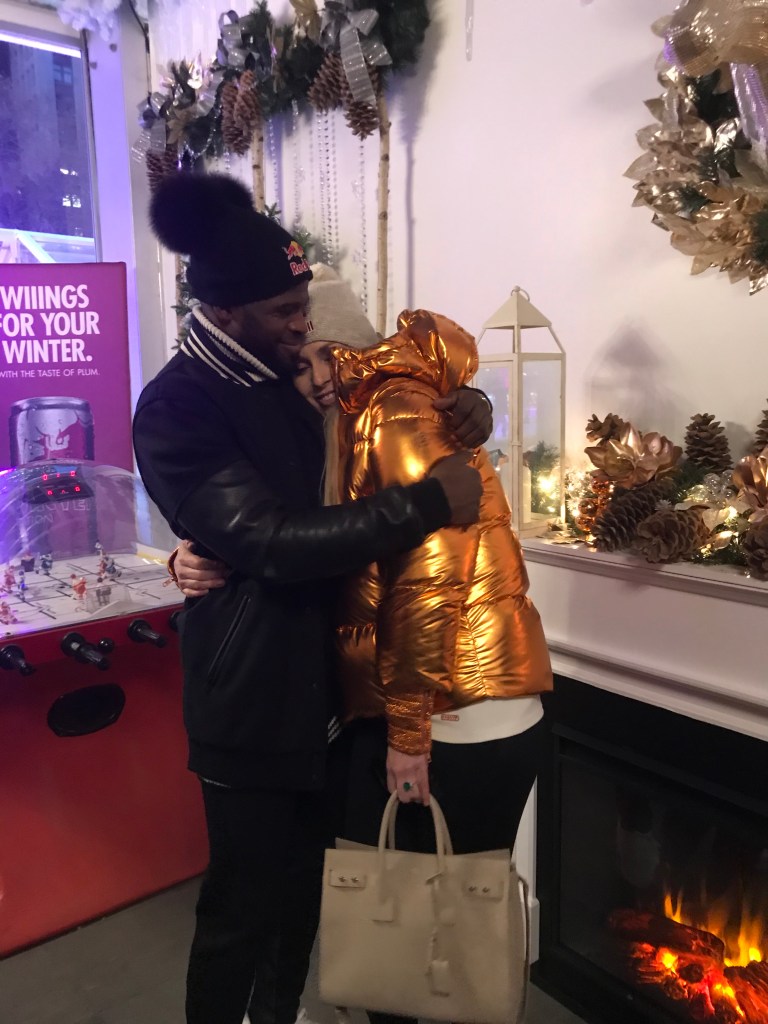 A little public show of affection between P.K. Subban and Lindsey Vonn.

The two traded barbs and shots — and lots of public displays of affection — on Wednesday afternoon at the skating rink at Bryant Park on behalf of their sponsor Red Bull, which was promoting a plum-flavored winter edition of its energy drink.

Before heading out onto the ice, where a mini-hockey rink had been installed, Subban took a few minutes to talk about his style, and love of vintage fashion.

“People think if you’re interested in style and fashion, it’s about going to the closest Saint Laurent or Dior store and buying up things that are new,” he told WWD. “That’s not my style. I have so many stores that I [shop in that I] don’t talk about because that’s what separates me from a lot of people. They talk about how many overcoats and jackets I have, but they’re not usually from these name-brand stores that are all over the mall. A lot are from stores like What Goes Around Comes Around, Ralph Lauren’s leather flagship, H.Lorenzo in L.A. But every once in a while, I go to a Dior store and say, ‘I’ve got to get those pants’ — it’s ridiculous.”

He said the new Dior store in Manhattan’s Hudson Yards is especially dangerous for him. “Lindsey and I love going there but we also hate going there because we swipe the card every single time.”

Subban, who is also sponsored by Adidas and was wearing a black bomber and white sneakers, said he’s “all about three stripes. I’m a firm believer in ‘open mind is a goldmine.’ They have an open mind, especially with hockey as a sport that’s not at the level yet of basketball, baseball or football. But they’ve seen the value of the sport and have shown an open mind working with me. So it’s the right brand for me. Also, their product is amazing: their shoes are comfortable and their sportswear works well.” 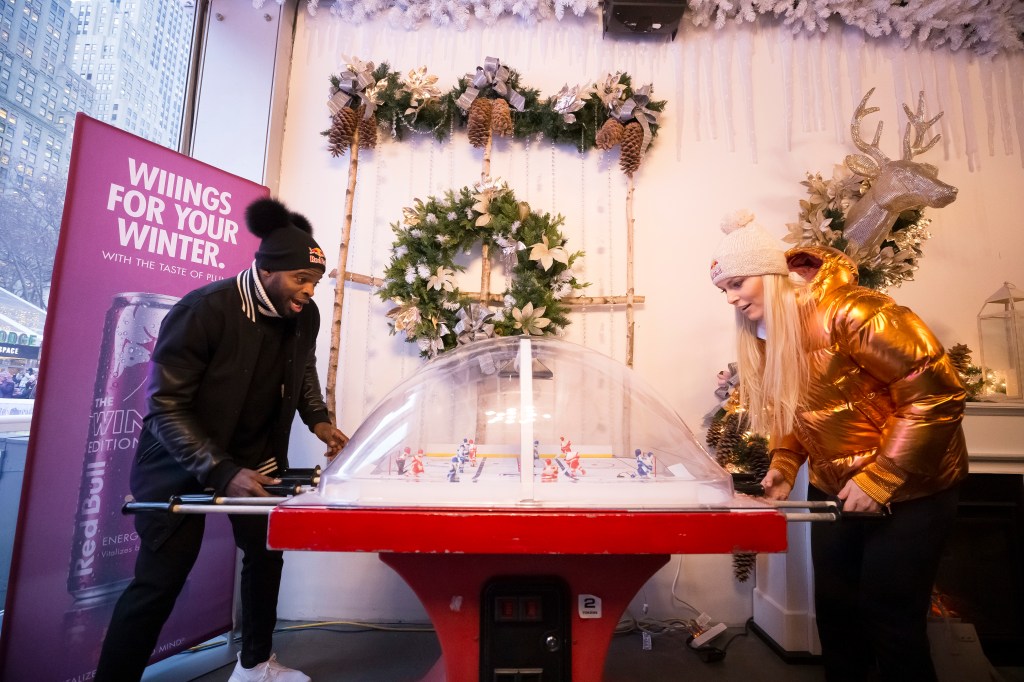 The Rangers goalie Henrik Lundquist notwithstanding, hockey players are not known for their fashion sense. But Subban is doing his best to change that. Since he started to play professionally 10 years ago, his style has “definitely changed. When I first came into the league, I was playing around with it and my whole thing was to look good. As you develop confidence throughout your career, as a personality and a brand, you take more pride in how people see you and perceive you. But you’ve got to be yourself. Everyone else is taken. Regardless of what people are telling you to wear and what compliments they’re giving you, you’ve got to feel comfortable. And when people look at my style, I can guarantee whatever I’m wearing, that’s who I am.”

Since meeting Vonn in 2017 and getting engaged this summer, he said he’s had to pay even more attention to how he dresses as they hit red carpets and fashion industry events. “Anybody standing alongside Lindsey is going to look a whole lot better. She’s smoking hot,” he said before striding over to the retired skier for a quick kiss.

But it wasn’t long before the couple’s competitive sides were also on view. First, they faced off on a hockey foosball game — Subban won — before they strapped on skates and hit the ice. Vonn took turns guarding the net and taking slap shots. Although her skating skills were good, her hockey shots….not so much. “Lindsey needs some work on her puck handling,” Subban said.