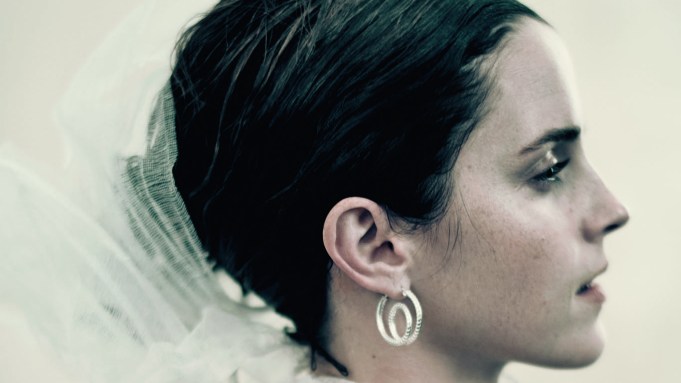 Shakespeare’s “Romeo & Juliet,” considered by some to be the penultimate love story, has taunted writers and directors to meddle with perfection. Why would anyone attempt it? The tug of the story with its beautiful, headstrong heroine, handsome lover, and their tragic fate has proved too strong to resist for some.

Count Paolo Roversi among them. The Paris-based Italian photographer, who was tapped to shoot the Pirelli 2020 calendar, created the concept of “Looking for Juliet,” which merges photography, and, for the first time, film.

An 18-minute short movie  has a simple conceit. Roversi cast himself as a film director, who interviews actors for the role of Juliet. One-by-one, they pass in front of his lens to portray the multifaceted Juliet, displaying a broad range of emotions. One thing Roversi makes clear is that there’s no right or wrong way to illuminate, or in some cases, inhabit the character.

“I’m really, really curious to see what everyone else came up with together with [Roversi],” says Stewart, who plays both Romeo and Juliet.

“Romeo & Juliet” is set in early 14th century Verona, Italy, which is where Roversi shot part of the Pirelli calendar. He also worked on the project in Paris, which has its own enchanted history of inspiring love.

The lensman acknowledged the caliber of previous Pirelli calendar photographers, including Peter Lindbergh, Albert Watson and Tim Walker. “The calendar is something special for photographers,” he said. “I’ve seen all the calendars done before me. They’re all marvelous, done by the greatest photographers. It’s a tradition. The level is so high.”

VIDEO: Behind the Scenes of Pirelli’s 2020 Calendar

Roversi was also aware of the cinematic and theatrical versions of the story. Admitting the psychological weight of the project, he said, “Great directors have worked in the theater. I did my little version.”

“It’s such an eternal story,” Roversi told WWD. “It’s a very contemporary story. Juliet is a woman who’s able to fall in love with the enemy. She’s so brave, so strong, so tender.”

No wonder Juliet is so hard to find.

“The story of ‘Romeo & Juliet’ of today is important, but doesn’t affect the story of Shakespeare.,” Roversi said. “It’s a love story of two persons – enemies – and the power of love. They trust each other. It’s love that’s behind everything.”

In the video, the Juliet hopefuls flatter Roversi as if the lead in a big budget Hollywood feature film was at stake.

“Paolo is someone I’ve always wanted to work with,” says Emma Watson. “It’s  lovely to have a narrative of my image, that makes it a richer image. For me, it’s so much about first love and how close your feelings are to your skin. It can be so tender and painful. To me, Juliet is the more grounded of the two. I don’t see Juliet as fragile, anyway.”

“His photographs look like these unbelievably beautiful paintings,” says Foy. “Any woman of any age or gender can play either Romeo or Juliet, because they’ve got so much femininity and masculinity in both of them. It’s that idea of love, and hopeless, hopeless love, which is what you can have at any age. To die for love… it breaks my heart.”

Yara Shahidi says, “I love the creativity of Paolo. ‘Romeo & Juliet’ is the one book in high school I had so annotated it that you cannot actually see the original text. I’ve revisited my original copy of ‘Romeo & Juliet,’ and have been thoroughly enjoying  reminding myself of how much I loved the first read.”

“Sometimes, I understand my characters much more than I understand myself,” Goth says. “Acting can be something that’s full of life and you live it and breathe it, and the more you give to it, the more it gives back to you.”

Indya Moore introduces herself in the video as “a non-binary, black Juliet. The politics around loving trans people reminds me of ‘Romeo & Juliet,'” she says. “It symbolizes prejudice. It symbolizes violence around love. What is love if somebody else gets to choose how you feel it and with whom? That isn’t love.”

Roversi concluded that he’s still searching for Juliet. “I think I’ve been searching all my life because in the end, Juliet is a dream.”