Hilton chats about her new film, "Repo! The Genetic Opera." 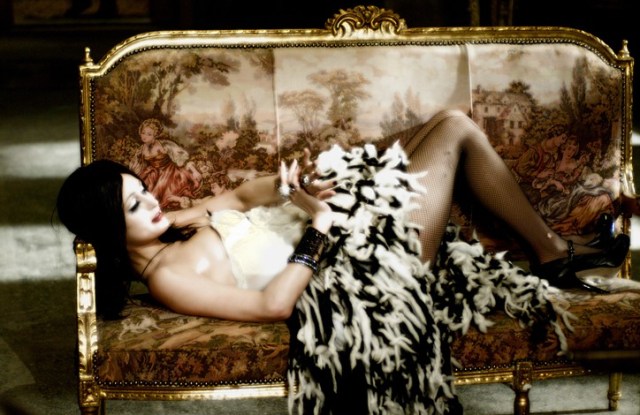 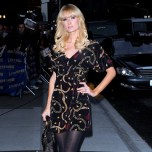 Paris Hilton has quite an affinity for hyphenates: she’s an heiress-actress-reality TV host-singer-fashion designer-political campaign star. In the past few months, she has launched her sixth perfume; hosted the MTV reality show “Paris Hilton’s My New BFF”; made an unsolicited cameo in an infamous John McCain television commercial and retaliated against said commercial with a video of her own, “Paris for President.” Starting Friday, she will star in “Repo! The Genetic Opera,” a film by Darren Lynn Bousman of “Saw” fame. A campy, gory musical, the movie is set in a future in which organ failure has plagued the human race. A company called GeneCo (whose chief executive officer is played by Paul Sorvino) offers salvation in the form of organ transplants — with rather dark consequences. Hilton stars as Amber Sweet, Sorvino’s obnoxious daughter who struts around in S&M-worthy outfits, blowing her family’s cash by continuously going under the knife. Hilton took time from shooting the British installment of “My New BFF” to chat with WWD about aggressive chicks, canine fragrances and staying home.

WWD: In the film, you play an heiress addicted to plastic surgery. What made you want to take on that role?
Paris Hilton: Just to have the chance to play something completely different than myself was a huge honor because usually I’m always cast as myself or another blonde. But in this film, it was the complete opposite.

WWD: And I hear you contributed a lot to the costume wardrobe. Amber wears some pretty out-there ensembles…
P.H.: I was really inspired by Yves Saint Laurent and Vivienne Westwood and then David LaChapelle pictures and Courtney Love’s look. The movie was very low-budget, but I wanted to make sure I had great clothes so I brought, like, 10 suitcases full of amazing outfits.

WWD: What was the most challenging part about playing Amber?
P.H.: Just how agro she was. I’m very nice and sweet and shy and Amber’s, like, the complete opposite. She’s very loud and crude and rude and she screams a lot. Playing her felt really different, like, a little bit uncomfortable.

WWD: You’ve had a really busy year: “The Hottie & the Nottie” came out a month ago and you have your MTV show and your new perfume. How do you juggle all of that?
P.H.: When you’re running an empire, you have to really be on top of everything. My new fragrance is called Fairy Dust and it’s inspired by Tinkerbell because I love fairies.

WWD: Do you mean your dog Tinkerbell? Does she wear the perfume?
P.H.: Yeah, all my dogs do. I have doggie perfume and a clothing line as well.

WWD: How do you know which fragrances the dogs like?
P.H.: They just smell good in it so…[I don’t use it] all the time. Just if I have a party, they always get their baths and then I’ll spray them with it.

WWD: You don’t seem to go out as much anymore. Are you making a concerted effort to stay in?
P.H.: It’s not an effort. I used to love going out. But now I’m in such a great relationship [with Good Charlotte’s Benji Madden] it’s not really what we like to do.

WWD: So when you do go out, how do you decide what to go to?
P.H.: I typically only go out if I have to, if it’s for work or I’m promoting something or I’m being paid to be there. I don’t go out for no reason anymore.

WWD: Do you do a lot of paid appearances?
P.H.: A lot. For different holidays like New Year’s Eve or Halloween or my birthday.

WWD: Isn’t it tough doing paid appearances on personal holidays?
P.H.: No, I like it. If I’m going to be going somewhere, I’d rather get paid than not.