By Katya Foreman and Joelle Diderich on January 21, 2012
View Slideshow 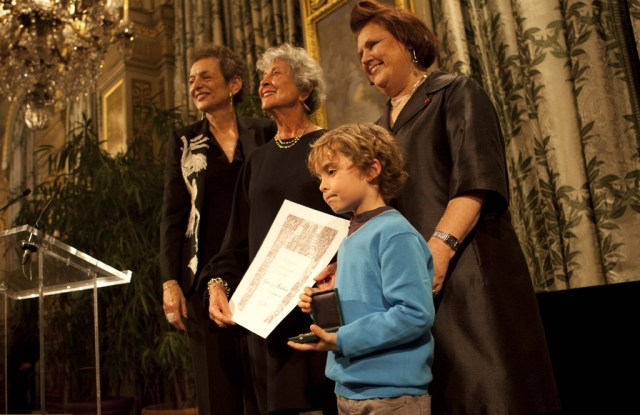 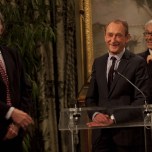 PHOTO FINISH: Designer Paul Smith and retailer Joan Burstein got a jump on this summer’s Olympic Games, collecting a medal from the City of Paris for their services to fashion. Mayor Bertrand Delanoë, who hosted Friday night’s ceremony in the gilded reception rooms of City Hall, revealed he was a personal fan of Smith’s designs. “One of my colleagues asked me when I arrived, ‘Are you at least wearing Paul Smith today?’ I replied, ‘I’m always wearing Paul Smith,’” Delanoë said, prompting the designer to jokingly genuflect. Smith noted he has been holding his men’s wear shows in Paris since the late Seventies. “It’s always been great to me, and we’re committed to showing here,” he said.

International Herald Tribune fashion editor Suzy Menkes paid tribute to Burstein, the owner of Browns in London, by recounting an anecdote relayed to her by Burstein’s late husband Sidney. “Right at the beginning of her career, she was prepared to go out to Studio 54 in New York for three nights in a row, just for the chance to dance with Calvin Klein and encourage him to come to Browns — and she succeeded,” Menkes recalled. Accepting her award flanked by her great-grandson Kianu, the octogenarian said she was not quite ready to quit. “I’ve enjoyed every minute of it. I’m still enjoying every minute of it, and I hope I’ll go on for quite a few more years enjoying it,” Burstein said.