Reddit can lead to some good after all — Paris Jackson can vouch for it.

“OK, so to be completely honest with you, excuse my language, it’s from a ‘s–t post’ that I saw on Reddit,” she says over the phone Thursday night, while getting ready to go have a celebratory dinner with her best friend. Jackson is hours away from the release of her debut album “Wilted,” which came together in a matter of months, and is giving the backstory on why an illustrated mushroom spoke to her for the album’s cover image.

“[The post was] this idea where this mushroom says to this guy, ‘You cannot kill me in a way that matters.’ Being like ‘decay as an extant form of life.’ I found that saying to be so empowering,” Jackson says.

The 22-year-old daughter of Michael Jackson has emerged onto the music scene in a big way in 2020: in June, she released an EP alongside then-boyfriend Gabriel Glenn as duo The Soundflowers, before going solo, signing with Republic Records and getting into the studio to work on demos she’d written roughly over the course of the year. She worked with Manchester Orchestra’s singer/guitarist Andy Hull and lead guitarist Robert McDowell on the album, which arrives as soft, moody indie pop.

“As time goes on, I’ve been trying to become a better musician, a better songwriter,” Jackson says. “So the more I do it, the more progress I make.”

She named the album “Wilted” in honor of the duality between love and heartbreak.

“I feel like that’s something that everybody can relate to in their own way. I love the idea that love is a flower that blooms, and if it’s not taken care of, as anything, it will wilt, it will die,” she says. “And sometimes that’s just a part of life. I love metaphors and the flower was the perfect metaphor for this. And the mushroom is my new thing. ‘A decay as an extant form of life.’”

Jackson’s music sounds nothing like her father’s — or her aunts, or other relatives, for that matter. She says she gets inspiration from all around her, be it the classical composers she grew up listening to or the Motown, Beatles and soul that played around the house.

“I feel like that’s always going to influence me in some way, because that is a part of my foundation,” she says. “That’s the soundtrack that was playing when I was developing as a human being. But for this specific sound I was going for Radiohead and Manchester Orchestra were the main influences for the sound.”

To accompany her single “Let Down,” she worked on a video with director Meredith Alloway exploring the theme of gore — with some raiding of the Alexander McQueen archives to help.

“I was on Zoom with Meredith — the first time we met was over Zoom and we instantly connected,” Jackson says. “She mentioned this quote by Lee Alexander McQueen.…’‘It is important to look at death because it is a part of life. It is a sad thing, melancholy, but romantic at the same time. It is the end of a cycle. Everything has to end. The cycle of life is positive because it gives room for new things.’ And I was like, ‘Oh my God, you like him?’ And we went off on this huge rant about how we both loved him and how we loved everything that he stood for and just the way he saw life, and how he saw the romance and beauty in death, and how death leaves room for beginnings.”

Since blooming and decay were the original themes for the video anyway, they decided to dive deeper into McQueen as inspiration, including seeing if they could get their hands on one of his designs for the video. Jackson ended up with look 20 from the spring 2007 collection, a black lace Gothic dress, which required no tailoring or adjustments for her to wear.

“It fit the vibe altogether and it just worked out,” she says.

Jackson cites McQueen’s “horn of plenty” and “ring of fire” shows as two of her favorite collections, saying the deceased designer’s unique approach to art is what draws her to his clothes.

“It’s unlike anything I’ve ever seen before. And it hits me in a very similar way that Radiohead’s music hits me,” she says. “It’s totally ahead of its time. Obviously music will hit me differently because I’m a musician, but it is this similar energy to it and it’s very inspiring and it’s dark and beautiful.”

With the whole world now getting to hear the sound she’s been developing on her own, Jackson says she is prepared for people to be surprised by what they hear, but she hopes they’ll give her a chance to be heard.

“If there are people that do like it, I will be extremely grateful and excited and happy that they do, but I don’t expect everyone to like it. And it’s a little different from what I think people are expecting, especially songs like ‘Scorpio Rising’ and ‘Wilted,’” Jackson says. “I don’t think people are expecting that sound from me, because it is a bit darker and I’m this ‘free love and peace and happiness’ kind of person. But my art can be pretty dark sometimes. So I think it’s a little out there, but if it’s received well, amazing, and if it’s not, that’s OK, too. It’s art and is interpreted in many different ways, you know?” 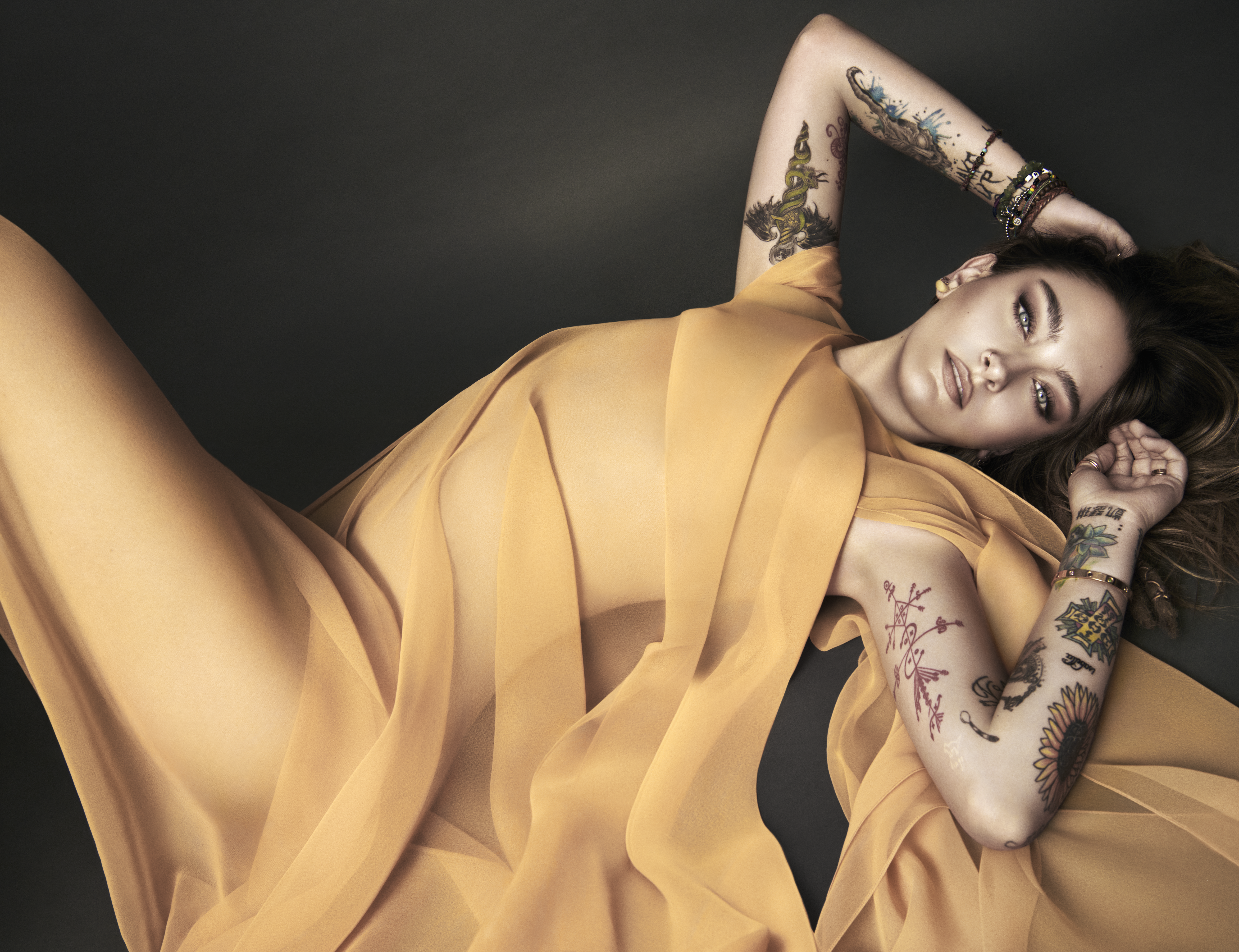