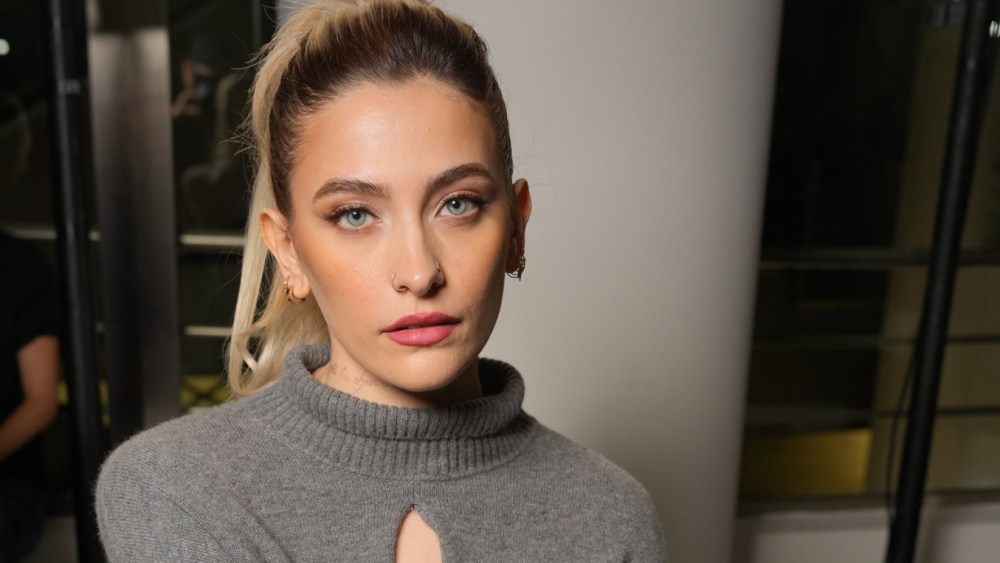 If there’s anything to calm a bit of nerves, it’s attending a Giambattista Valli show as beautiful dresses float dreamily by.

At least that was the case for Paris Jackson, who sat front row at the Friday afternoon show, just ahead of her first fashion week gig set later at Le Popup du Label, and a Sunday night stint at Silencio.

“I get to warm up a little bit. I’m so excited to be on this side of the world playing,” she said. They’re intimate acoustic sets, but she’ll head into rehearsals for her upcoming U.S. tour as soon as she touches ground back in L.A. next week.

“I’m extremely nervous but extremely excited,” she said about her first tour, which will see her play theaters and auditoriums from coast to coast. She’s changed up her sound and taken her performing to the next level.

“It’s been nerve-wracking and really exciting. I like I feel like it’s pushing me to grow in a bunch of different ways, because it’s a different sound and a different energy and a completely different lineup,” she said. “It’s getting me out of my comfort zone.

“I try not to have any expectations with anything,” she said of anticipating the demanding tour schedule. “I just kind of ride the adrenaline until it wears off.” There will also be a new release after the tour, she added.

On stage, she’ll be sporting Alexander McQueen combat boots for her performances. “When I’m performing I want to be as comfortable as possible, because especially if I’m doing the loud rock grunge stuff, I’m moving around a lot. I’m running back and forth on stage, I need to be mobile,” she said.

“They’re really comfortable for performing but still keep my passion for fashion, you know?” she said in praise of McQueen’s elevated utilitarian style.

Jackson sat next to Kiernan Shipka, who just premiered “Marigold” at the Toronto Film Festival. Shipka is heading straight into shooting “Red One” with The Rock and Chris Evans.

While she was mum on any plot points, Shipka said she is dying to meet The Rock.

“I want to work out with him. I feel like that would be really intense, that’s why I want to do it,” said the 5’1″ actress of the body-building king. “I have this vision of us working out together and we’ll see if that manifests. I’m just saying the content would be really funny. The size difference is really funny and fun, so hopefully he’s down. I’m just excited to hang out with him.”

Her black cocktail dress fit like a glove, and she’s been wearing Valli’s designs for years. “It’s beautiful and feminine, but edgy and sexy at the same time.”