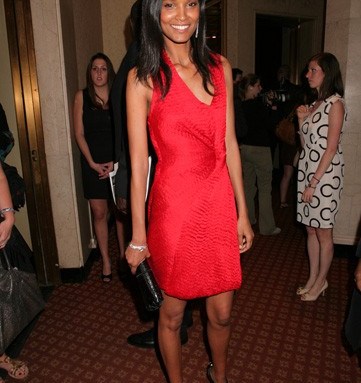 The fashion world showed up at Gotham Hall in full force Tuesday night to fete Liya Kebede, Russell Simmons, Isabel Toledo and Bruce Weber, all of whom were honored at the biannual Gordon Parks Foundation gala. An auction of photos by Herb Ritts, William Klein and Robert Mapplethorpe helped to raise $350,000 for the foundation, which is only $100,000 less than the take two years ago. Many lots even went well above their estimated value prices. The most expensive item of all wound up being a 1955 Parks photograph of five handsome young men called “Drugstore Cowboys,” which went for $20,000 and looked like a prototype for Weber’s all-American Ralph Lauren campaigns.

Weber acknowledged the late photographer had been a big inspiration for him when he was growing up. “Other kids were playing baseball,” he said. “I was looking at Gordon Parks photos in Life magazine.”