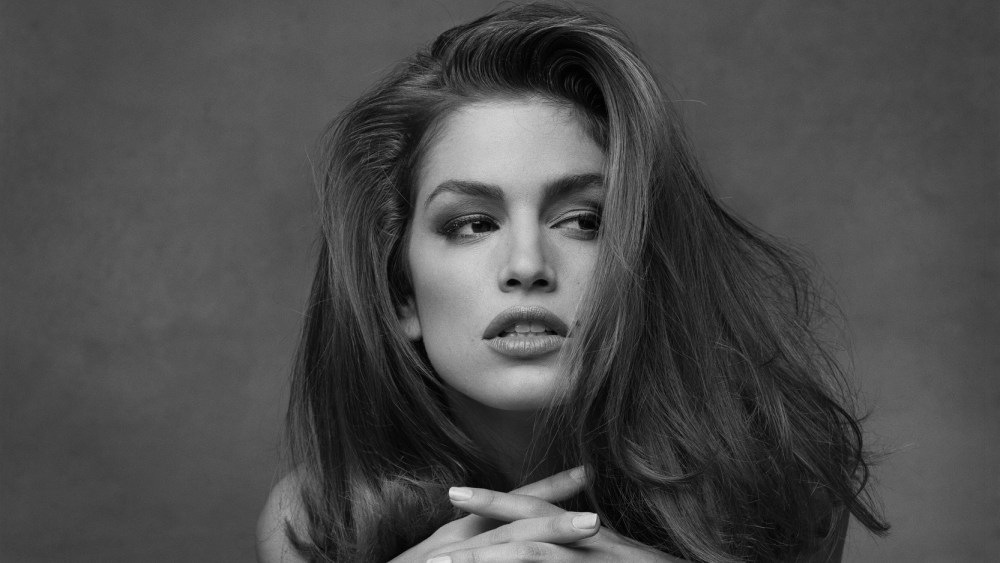 The first solo exhibition of Patrick Demarchelier’s photography since his death last March will be unveiled Saturday at the Camera Work gallery in Berlin.

The show spans from 1987 to 2017, and features 42 images, including 37 that are being shown publicly for the first time, such as a 1996 portrait of Nicole Kidman. Demarchelier died at the age of 78. The exhibition was put in motion a year ago, but Demarchelier had made it very clear to gallery representatives that he would not be able to attend the opening due to health reasons. Very involved during the curation process, the photographer initiated the idea of mining his archives to unearth never-before-seen photographs — and he handled the task of unearthing them himself, according to Ute Hartjen, an executive board member at Camera Work.

In what now seems like foresight, the exhibition has a hearty assortment of ’90s-era models — several of which have returned to the fashion scene in recent seasons. Some might be surprised by a 1999 photo of Donald Trump seated at a desk with his now-wife Melania splayed on top of it in an Oval Office-looking space.

One of the lensman’s many talents was an ability to capture his subjects — including supermodels who have been photographed numerous times — as they are, as opposed to their public personas. Naomi Campbell, Christy Turlington, Cindy Crawford, Linda Evangelista, Kate Moss, Amber Valletta, Elle Macpherson, Claudia Schiffer, Gigi Hadid and her sister Bella, Karlie Kloss, RuPaul and Ashley Graham are among the models who are featured in the show. Demarchelier was praised by models and editors alike for his swift speed and knack “for just seeing things as they are,” Hartjen said. Editors told her how he “never wasted too much time on hair and makeup, or anyone’s time on set, and in almost every case he got the perfect picture.”

The fact that Demarchelier came into photography out-of-the-blue may surprise many. Born outside of Paris, Demarchelier was less than enthused by the gift of a camera from his stepfather on his 17th birthday. “This was the kind of gift that got a reaction like, ‘Hmm…OK.’ Then he just started taking pictures. He went on to freelance for a few photographers [including as an assistant to Hans Feurer and Henri Cartier-Bresson] and later moved to New York [in 1975].”

At a certain point Demarchelier recognized his own capabilities and his vision, determining “I don’t even need a camera because I have my eyes. They are my camera,” Hartjen said, noting how his agility enhanced his talent was. Condé Nast enlisted him for most of his career, shooting for Vogue, Glamour, GQ, Vanity Fair, Allure and Teen Vogue, although he also had logged several years at Harper’s Bazaar.

His photography was so synonymous with fashion that Meryl Streep’s fashion magazine character “Miranda Priestly” named-checked him in the 2006 film “The Devil Wears Prada.” But Demarchelier was equally intrigued by photographing the unknown in all their unsung radiance. “I like the beauty of life, the beauty of people, animals — everything,” he told WWD in 2007.

Referring to his speed, he once explained that he often got the shot before people even started thinking about being photographed, according to Hartjen, whose gallery started working with Demarchelier in 2014. “No one would think that because he was such a perfectionist. But he did things so quickly.”

Demarchelier also once explained to WWD, “A good picture is a moment, you catch the moment. I’m an instinctual photographer.”

That was precisely why the former Princess of Wales, Diana, loved working with him, Hartjen said. (He was also the first non-British photographer to be hired by the royal family.) But personal legacy was not a topic of conversation with Demarchelier, who could be found at collectors’ dinners speaking quietly one-on-one with someone instead of holding court or giving a speech.

“I’m just sad that the last of the big five has left this world. I don’t see anyone following in these footsteps. He was a gentleman, a wonderful person to talk to, and very shy, but humble. I miss him,” said Hartjen.

Demarchelier was not partial to any particular image and his favorite back story was “no story,” Hartjen said. “If you asked him if he had a favorite picture, he always said, ‘I only think about new pictures, because the past is the past.’”

However, if pressed to name a favorite portrait, Demarchelier would single out “Puffy.” That made “everyone think he meant Puff Daddy [the musician and entrepreneur Sean Combs]. But, no, he meant his dachshund Puffy. He did a beautiful portrait of his dog. That would be his answer. It would never answer that it was the one of Amber, Gigi or Cindy. It was Puffy,” Hartjen said.

The exhibition has numerous nude portraits of several of the aforementioned ’90s models including Crawford and Turlington. “The nudes were never a sexual view of the model. They were very aesthetic and artsy. They were not his favorites. But as a gallery, we love showing them because we have a lot of clients that collect nude pictures. And nude does not mean pornographic. It’s an artsy side of nudity.”

There were sexual misconduct allegations brought against Demarchelier by seven women in a 2018 Boston Globe investigation, which he strongly denied publicly. Despite that, he and his longtime employer Condé Nast parted ways.

“We never had a discussion with our clients about it. There were cases, of course, when the #MeToo movement came up. Photographers were accused [of on-the-job misconduct] and Patrick was one of them. But charges were never brought to court,” said Hartjen, adding that many models, including high-profile ones, spoke out in his defense. “We never had a problem, to be honest. We never had to make a statement about the accusations.”

Despite that controversy, the value of his work has increased over the past three or four years. “There was the big five in photography — Helmut Newton, Irving Penn, Richard Avedon, Peter Lindbergh and the last man standing was Patrick Demarchelier,” Hartjen said. His prints range from 8,000 euros to 150,000 euros.

“He definitely wanted people to see the range of his body of 30 years’ work,” Hartjen said.

Demarchelier’s decision to switch to digital photography from film about 10 years ago did not result in any loss in quality. “Like all of the great ones, he loved film,” which made that not an easy move. Despite having mastered film in part by developing passport photos in a lab and news photographs at another lab early on in his career, he grasped that film was no longer practical and digital photography could keep up with the increasing speed of the world, Hartjen said.

However, one of Demarchelier’s three sons, Victor, has pursued a similar path as a photographer. He, too, is represented by Camera Work, which expects to stage a show of his work next year or in 2024.