Patti LaBelle Is Fearless at 73

The legendary singer has released her first studio album in 10 years. "I felt like I’d lost my voice,” she confessed. 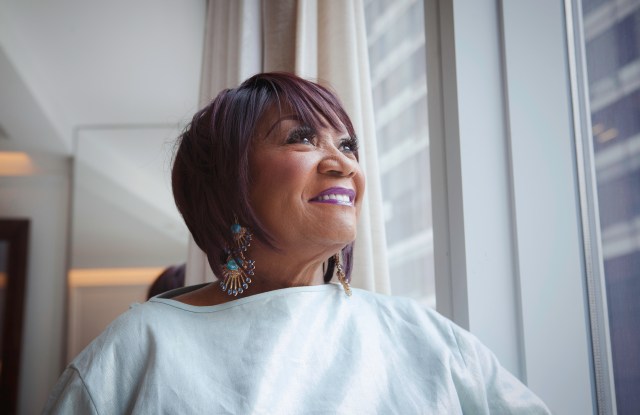 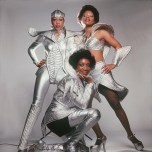 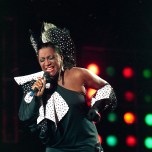 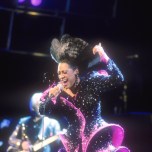 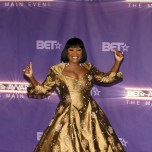 With more than 50 years in show business, Patti LaBelle’s career operates like a well-oiled machine. A team of stylists, makeup artists and assistants quietly buzz around her Manhattan hotel suite. A cut crystal vase filled with red roses sits alongside select pieces of her extensive wardrobe.

“Aren’t these beautiful,” remarks the iconic singer about a pair of ivory Gucci heels adorned with oversized gunmetal sequined bows displayed proudly on an end table. “I haven’t worn them yet, but I wanted to keep them out so you all could see them.”

With a new jazz album titled “Bel Hommage” (her first studio release in a decade), a recent dessert cookbook — “Desserts LaBelle” — and continual concert dates, the singer has no plans to tuck herself out of view. “I didn’t want to take a chance on music that I’ve never done before,” explains LaBelle. “I was afraid of being talked about badly if I made it and make it awful.”

Positive reviews both from fans and critics have eased LaBelle’s fears. “After 10 years I felt like I couldn’t sing anymore — like I’d lost my voice,” she quietly confesses. “I was petrified. My voice changed with age, but now after that dilemma it’s back and better than it ever has been before, so I don’t understand it. My music director will tell me the notes I hit and I’ll say, ‘Really? I [just] know it was awesome.’”

Despite her many industry accolades and an unparalleled vocal talent, LaBelle admits she is naturally introverted, but shifts her persona the moment she’s in the spotlight. “Once I pick up the microphone and see the lights and the crowd, Priscilla comes out,” she says. “I call her Priscilla — my little bad Patti. When Priscilla comes out, she takes over, but when Priscilla leaves the stage, Patti is back and I’m a lot more quiet and shy.”

It’s this surprisingly self-effacing attitude that has led to several missed opportunities over the years, including the film role of Shug Avery in “The Color Purple” and the lead in Broadway’s current production of “Hello, Dolly!”

“I’m the turn-down queen,” she says with a laugh. “Deborah Cox always thanks me for her career. Montell Jordan wrote ‘Nobody’s Supposed to Be Here’ for me, but I hated it. It just didn’t have something. She got it and whenever we see each other, she thanks me for giving her the hit.”

Four years ago, producers of “Hello, Dolly!” approached LaBelle for the recent revival’s lead role. “That was something else I said no to. Now [Bette Midler] is doing it. I’m going to check it out and I think I might do it when she leaves — I mean, I would like to.”

With stacks of Lorraine Schwartz bracelets rattling, LaBelle raises her mile-long nails (yes, they’re real) to the sky with a gesture of affirmation. “There’s nothing you should say no to. Try it all and if you fail, you did try.”

In spite of her perceived failures — or missed opportunities — LaBelle’s continued success is due in no small part to an unwavering commitment to her own truth. Wherever she goes and whatever she does, there’s no doubt that LaBelle does it her way. With a mischievous grin, the singer recounts a time in the Nineties during which she performed at the White House for President Clinton’s birthday and that brand of stubbornness got the best of her.

“My husband at the time called me Blanche — you know, from ‘Whatever Happened to Baby Jane?’ He always calls me Blanche and said, ‘Whatever you do, Blanche: Don’t roll on the floor and kick off your shoes during your act.’”

En route to the Washington, D.C., engagement, LaBelle’s luggage was stolen, including all of her clothes, wigs and makeup. “We were at The Watergate Hotel and we went to the little ugly boutique there,” she explains. “They had old-lady clothes and I had only two hours to get ready. Now I’m an old lady, but I don’t wear old-lady clothes. So I put that dress on, [got on stage] and rolled on the floor. I got up and it had popped.”

LaBelle discreetly enlisted the help of then-First Lady Hillary Clinton to quickly refasten her with a safety pin. “She pinned me up in that ratty little ugly dress. So the story is I did what my husband told me not to do: I rolled — and the devil got me. But don’t ever tell me what I can’t do.

“Be yourself,” she adds. “If I had just stood up there without kicking the shoes and rolling, that’s not Patti.”

Now confident in her ability to tackle just about anything — including jazz — LaBelle hopes to add even more performance dates to her already busy schedule with an engagement at the Café Carlyle in New York. “I’m going to be singing my little heart out. I want 100 people or less at the Carlyle. We’re going to bring it to the streets.”

As LaBelle celebrates her 73rd birthday May 24, the “New Attitude” singer is now more confident in herself than ever. “Honey, [age] is nothing but a number,” she exclaims. “The older I get, the happier I get. It’s not because I made the age day, but it seems that I’m seasoned. I’m like an antique and all good things are coming my way.”

Additional highlights from our conversation with the inimitable Patti LaBelle:

On the lyrics to “Lady Marmalade:” “We didn’t know it was about a hooker. We still sang it and I sing it today. I don’t take the mattress out from under them nor do they take the mic out of my hand.”

On her vocal warm-up routine: “I don’t warm up. At six in the morning I can launch into it. I don’t have to open it because God has blessed me with some lungs.”

On her dream duet: “Aretha Franklin. I’ve sang for her, but we’ve never sang a duet together. She did a song for the soundtrack for ‘Waiting to Exhale’ called ‘It Hurts Like Hell.’ That song killed me and I want to do that with her.”

On reuniting with LaBelle: “We plan to perform again together. It’s never over for LaBelle. We’ll record again.”

On her wild Eighties hairstyles: “Norma [Harris] has been my hairstylist for 45 years. She’s put pieces of hair on the ironing board and ironed with Aqua Net hairspray. Then she would insert them into my own hair with pins. Honey, it hurt, but it was fierce. For the fierceness you take a little pain. She did all kinds of crazies. We call [one] ‘the bucket’ because you can put fried chicken in it and dip it up and eat it.”