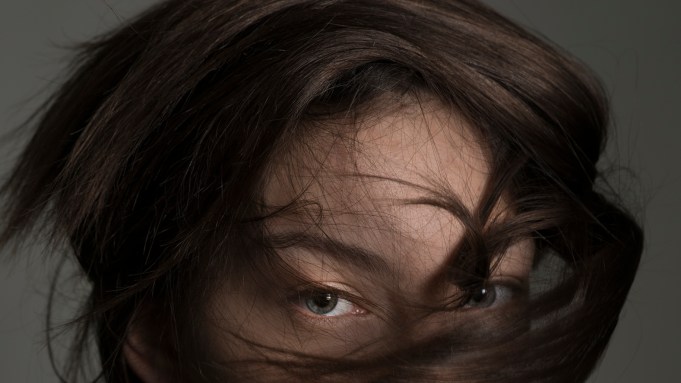 Unknowingly, Paul Solberg’s least favorite job perfectly prepared him for his current one as a photographer.

“When I was 22, I sold raw meat for a company that was sort of five-star gourmet. You had to go door-to-door with T-bones, rib-eyes and filet mignons. You had them in the back of your car,” he said. “That was another job [where] I lasted two months. It was too hard. Horrific. I had dogs chasing after me.”

As it turned out, the fearlessness he learned doing that is useful “if you’re going to have the guts to go up and take pictures of people.” In fact, most of the portraits in his new book, “Ten Years in Pictures,” are of strangers.

Solberg has had plenty of odd jobs throughout his life, though.

“When I was five years old, I was selling sunflower seeds. My dad had 40,000 acres of sunflowers in the Midwest that went bust. There was a drought so we had all these sunflower seeds and I bagged them up and put them in a wagon door-to-door. This may be ridiculous but these kinds of experiences prepare you for fearlessness and for photography,” he said. “Francis Bacon said in an interview, which I totally agree with him, ‘Thank God I didn’t go to art school.'”

Years later in 2008, Solberg gave Ai Weiwei a good laugh during a visit to his Shanghai studio by telling the Chinese artist, whose Unilever series at the Tate Modern was made up of millions of handcrafted porcelain sunflower seeds, about his sunflower exploits as a kid. Ai Weiwei even gave Solberg and his partner some of his porcelain sunflower seeds, which they didn’t think much of at the time and put somewhere. Ai Weiwei is one of the few recognizable faces in the new “Glitterati” tome.

The visit was captured by indie filmmaker Pierre-Paul Puljiz, who wanted to film Solberg’s partner Christopher Makos, who once worked for Andy Warhol, walking up the Great Wall. That trip included a pass by Ai Weiwei’s studio before the Chinese government destroyed it. “We were fortunate not to have too much confidence but also to be a little bit fearless,” Solberg recalled. “We said hello, how are you, came into his studio and the light was right on him. I said, ‘Stop – right there.’ I took the picture and fortunately it was in focus. But I didn’t even think about that until probably a week later. He wasn’t as famous as he is now by any means. But I thought, that would be a good person to have a portrait of and I should really see if that is in focus.”

Solberg said, “You would think he would have this feeling of paranoia but he didn’t at all. He was really open.”

More attached to the memories of taking a photograph than the actual image, Solberg said, “I was taken by how humble and smart and kind Ai Weiwei was. I prefer often writers to hang out with because it can be a lot of smoke and mirrors. You get a lot of this in fashion. There are real artists like [Alexander] McQueen and then there is a lot of that halcyon thing — the world around the talent that covers the talent, that is in the arts, fashion or photography,” he said. “They can be not the easiest company. I’m being diplomatic here.”

The book also includes images from the photographer’s “Service Series,” which Elton John and David Geffen have bought into. Shot with old discarded Polaroid film that he needed to keep on dry ice in the basket of his bicycle, Solberg photographed military types during Fleet Week in 2010. “It’s an interesting annual New York event that none of us have on our calendars but suddenly we’re confronted with all these service people. I liked the idea of not antique portraits but something that doesn’t show time. A week later, those Polaroids were all white because the film was so fragile. But fortunately I had scanned some of them. The pictures of these people evaporated and I thought, well, it’s the story of these people. They were so easy to photograph.”

He continued, “There are some subjects like children, if they’re not corrupted by their parents saying, ‘Cheese, cheese’ or ‘Smile, darling.’ If they’re just natural kids, they look at the camera like nothing else…With the ‘Service Series,’ it was just [me] going door-to-door, saying ‘Can I take your picture?’ And they were very real and open with me.”

Solberg credits Makos, who he met in 2004 while riding his bike on the path along the West Side Highway, for pushing him into professional photography. Around that time “Glitterati” publisher Marta Hallett had seen Solberg’s photographs of flowers and had suggested a book of them. Solberg said, “Chris just said, ‘Don’t be stupid. Just do this. You have a good eye. Don’t be so ridiculous.’ That’s all it took was for someone to say you can.”

Raised in a family of serious photography hobbyists, Solberg said he started shooting after his father helped him buy a clunky Nikon EL with six lenses for a Northwest Airlines-sponsored trip to Tokyo with his high school choir to sing for the U.S. Air Force. “I had a very ‘Glee’ kind of experience but not as glamorous in high school. I was from Minnesota, deep in the heart of America’s Siberia, where I hadn’t seen the light of day,” Solberg said. “That really was my Rosetta Stone. That is why I came to New York, because I came back changed and thought, ‘Where else next?’ I won a Rotary exchange scholarship and ended up going to South Africa for a year-and-a-half.”

Right after college, he ventured into advertising at Fallon McElligott Rice. “I was so bad at everything. Advertising was too multitasking for me. I was just too blond. And right before I probably would have been fired Ogilvy & Mather recruited me to go to New York and I said yes. But Ogilvy was like a bank, a good ol’ boys’ club versus Fallon, which was a little hot, liberal progressive agency,” Solberg said. “I am part of the last generation probably where you came to New York for dreams. I came for New York — not for work. I just thought, ‘This is where I’m supposed to be.'”

Solberg had a stint helping a Wall Streeter moonlighting as co-writer of the 2000 independent film called “Double Parked.” He also helped his boss as “an ear fluffer advising old ladies about what to do with their money, their second homes and which carpet or drapes to use. That was kind of amusing and not far off from anthropology,” he said. “I fired myself, or he fired me. In your 30s there is that spark that no one is watching, no one cares what you’re doing and it’s just your narcicism of your 20s that is standing in your way. That was actually liberating.”

“It’s harder to have that experience now because you either buy your way in or you don’t really come to New York for dreams. You go to Queens for dreams,” he added.

He spent the summer of 2014 in Bolsena, Italy editing his new book, which sounds pretty dreamlike. Solberg hunkered down in a farmhouse in the town that was a popular 20th-century escape for artists like Enrico Castellani, Mario Ceroli, Tano Festa, Cesare Tacchi, Cy Twombly and Robert Rauschenberg. He will return there next fall for an exhibition that will be curated by Twombly’s grandson Caio Palazzo Cozza Caposavi. The show will feature outtakes from the book, as well as Makos’ work, and their collaborative efforts under The Hilton Brothers, a moniker they adopted more than a decade ago as a riff on the Thirties vaudeville twins Daisy and Violet Hilton.

Accustomed to spending a month out of town and then two weeks back “with the luggage always open and your soaps in the side pocket,” Solberg said, “this book was the result of, you’re on the road so work while you’re on the road.

“Our schedules combined are kind of mass hysteria but there are moments of calmness. I can’t say it’s constant self-cutting work. This summer we spent six weeks in Europe — a perfect trilogy of Greece, Italy and Spain. Shanghai in December, Cuba early next year and Vietnam, Chile, the Greek island Hydra. It’s the most unbelievable place with no cars. If someone has to have a refrigerator delivered or anything else in these big homes with marble sofas and all of this, everything is brought up on a donkey or a horse. It’s one of these places where time forgot.”