The gender scholar and wife of J. Crew ceo Mickey Drexler has a new book out this week.

By Alessandra Codinha on May 9, 2011
View Slideshow 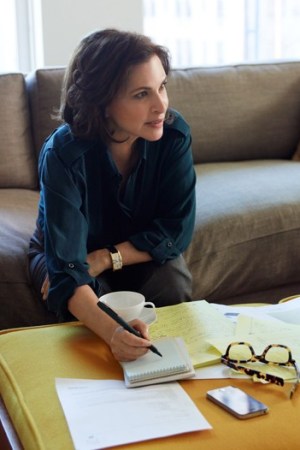 Dr. Keith Ablow, writing on foxnews.com, referred to the image as “an attack on masculinity.” Erin Brown, of the conservative advocacy group Media Research Center, issued a statement, picked up by CNN, that declared the image as “blatant propaganda celebrating transgendered children.”

But the preppy retailer’s refusal to engage didn’t mean there wasn’t a well-qualified opinion or two among those close to the company. “I have been talking about this for years,” Dr. Peggy Drexler — gender scholar, research psychologist and wife of J. Crew chief executive officer Mickey Drexler — says in her Upper East Side office. “I was so annoyed, and dispirited, frankly, because, as I say, it’s something I’ve talked about for a long time and studied and have strong feelings about…these ‘experts’ on TV weren’t gender experts, they were talking heads! Jenna was so funny, she had [Beckett] watching the news reports. He’s four, and he was just like, ‘I’m on television! I’m on television!’ It was very cute. He was over the moon.”

Drexler tackled the issue of raising sons in her 2005 book “Raising Boys Without Men.” Her second book on parenting, “Our Fathers, Ourselves: Daughters, Fathers, and the Changing American Family,” will be published by Rodale on Tuesday, less than a month after what Jon Stewart dubbed “Toemageddon” erupted, and shifts the focus to daughters.

“My idea with [‘Our Fathers, Ourselves’] was that with women entering all kinds of fields, breaking down all barriers,” she says, “women are on playing fields and in jobs, and even the pilot who helicopters Obama is a woman. So, with women growing up with the same opportunities as boys, how did they see their fathers?”

The book speaks to childhood idealization of fathers and of the consistent need across nearly all cultural backgrounds for women to feel validated by what has traditionally been the head of the family.

“Every woman I spoke to yearned, longed for, desired her father’s approval,” she says. “No matter how much they had achieved, no matter how liberated they were, they had not liberated themselves from the need for Dad’s approval. No matter if the relationship is good, bad, nonexistent.”

Drexler’s own father died when she was three-and-a-half years old, something she recognizes with a nod as part of her inspiration.

“I grew up without a father, so it was really interesting to me to watch my daughter grow up with Mickey,” she says. “It even felt like envy sometimes.”

Drexler’s office is lined with family photographs, and the one closest to the couch shows the couple’s college-age daughter a year or two earlier, laughing atop a sailboat, all teeth and suntan and wind in her hair.

“We both love our daughter dearly,” Drexler continues. “But she’s had opportunities that I haven’t had, and one of them was to have a loving, engaged father. And that was part of what interested me.”

Drexler glances out the window at an unblocked, sunny Central Park panorama before launching into an example.

“I remember when my daughter was four or five, she wanted to learn how to ride a bike without training wheels,” she recalls. “So she and Mickey made a date to do it, and the day came, and she had a stomachache and didn’t want to go. And I said, ‘Oh, OK, she doesn’t feel well, let’s not push it.’ And Mickey said, ‘No, we made a date, and we’re going to go and we’re going to do it.’ And they did do it. Which was something. My tendency was to minister to her, and she didn’t feel well, so why should she push herself, and I feel that’s very common maternally. And it was an experience they had together that was creative and no less valid than the experiences I had with my daughter, and equally important, though different. A father is very, very important for a girl.”

Asked if her husband has read the book, Drexler explains he’s typically more a magazine and newspaper man.

“But,” she says, “I have to say that he read this one cover to cover. And he loved it. It got him thinking, you know, what does my daughter think about me?”

And as for Toemageddon, Drexler insists the fear of strong women corrupting young boys and making them girly is completely outdated. She also hazards that Lyons might be on to something.

“I knew one mother whose son wanted his nails to be painted this dark red color,” she says. “One day they went into a supermarket and there was this supermacho Hell’s Angel biker guy, and he’s got the exact same nail polish.”

“And he looks at this little boy, and says in this terrifically gruff voice, ‘Cool nail polish.’”

She tosses her head and laughs, almost the perfect mirror of her daughter’s pose in the nearby photograph.