The musician has released her sophomore album, "Punisher."

Imposter syndrome: we all have it.

Phoebe Bridgers still feels it, too, despite soaring accolades for her 2017 debut album “Stranger in the Alps” and anticipated second album, “Punisher.” The singer-songwriter was 21 when she released her first album, and now she’s 25. The past few years of touring, as a solo artist and as part of various bands, have shown her that she’s not alone in those feelings.

Imposter syndrome also permeates her second album, officially out June 19 (although Bridgers surprised fans by releasing the album a day early). The album’s second single, “Kyoto,” released earlier this spring, is literally about feeling disconnected while performing on tour in Japan. The music video, filmed against a green screen, shows her floating against a backdrop of Kyoto while dressed in a skeleton onesie, her platinum blonde hair tinted blue-green.

“You play 30 nights in a row and people are having a unique experience with you, but it’s your 15th night doing the same thing. The nights start to blur together,” she says. “You’re going through the motions, and you catch yourself doing that. It’s a weird experience to be doing that in front of other people. I think I’m getting better at it; I think I’m getting better at connecting my reality with other people’s reality.” 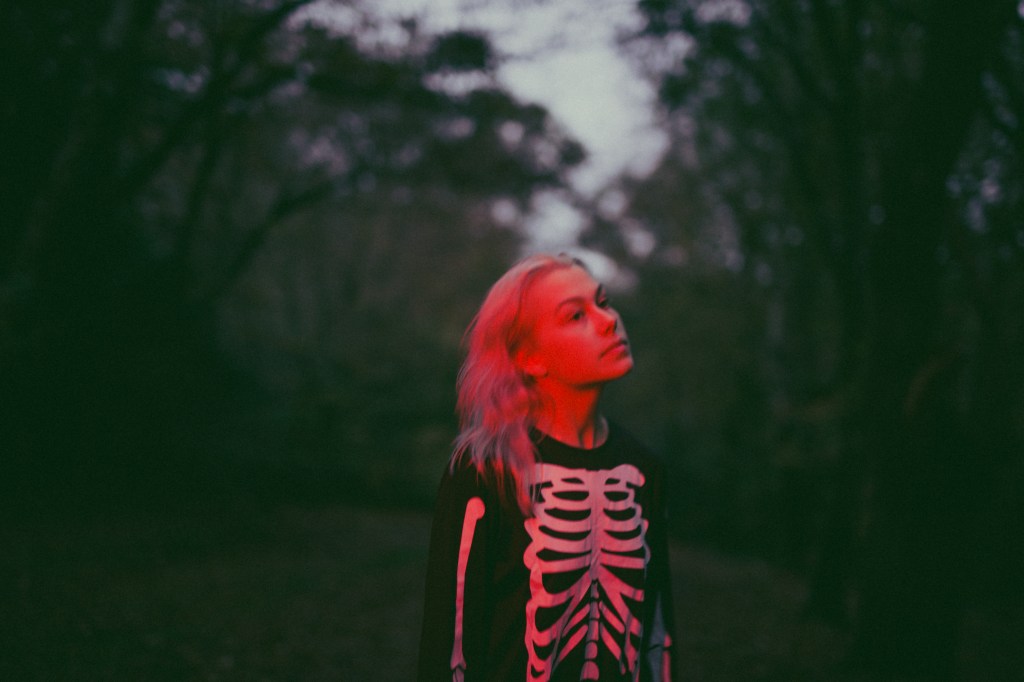 Her new album is named for the fourth track, inspired by a fear of talking to somebody too much, and not knowing when to stop. In this scenario, Bridgers imagines herself being regarded by others as a punisher, and maybe avoided by them because of it. Specifically for the song, that imagined person is the late musician Elliott Smith, an inspiration for Bridgers.

The young musician has gained a dedicated fan base since her debut, and they’ve been waiting for Bridgers to say more. Her lyrics, paired with dreamy instrumentals, riff on the emotional realities of the transition from young adult to adult. It’s ethereal emo, without being trite or melodramatic. Bridgers’ lyrical storytelling toes the line between personal and universal, specific and broad — the “you” is sometimes Bridgers, and sometimes the “you” is someone specific from her life. Sometimes, it feels like the you is literal.

“Punisher” explores the impact of love: on lives, personalities and priorities. But if you’re looking for songs about specific people (such as Ryan Adams, who Bridgers dated in her early 20s and spoke out against in a report of his sexual misconduct in early 2019), they’re not there.

Bridgers wrote the 11-track album over the course of three years, and it represents the culmination of her solo effort in that time. The album isn’t a capsule curation of songs, though; the songs offer a complete picture in that they are the ones she found worth completing. “I don’t finish something unless I love it, so a lot of ideas are trashed before they even begin,” she says. 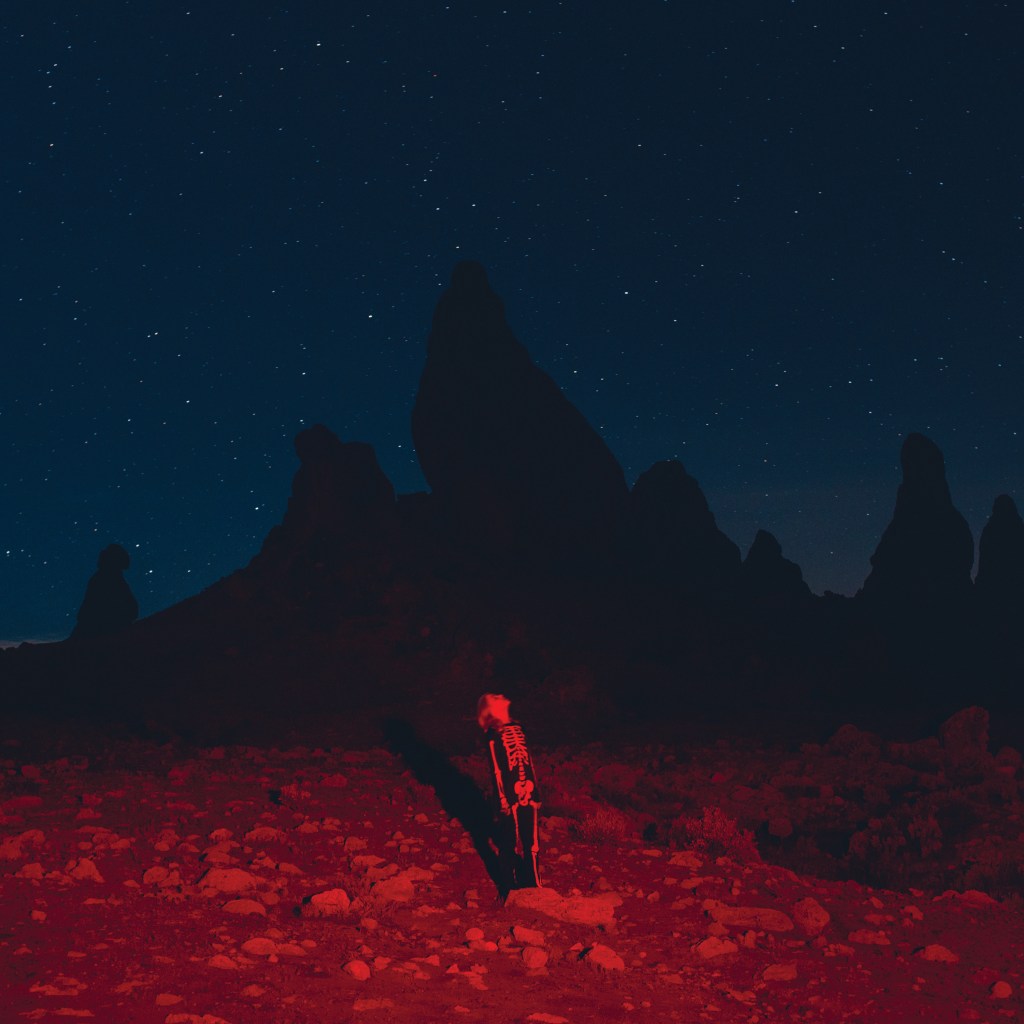 The musician, who grew up in Pasadena, speaks in a self-deprecating — or maybe just honest — manner on the phone from her home in Los Angeles in late May. Bridgers finished “Punisher” in January and was done shooting all of the music videos for the album in early March, right before the pandemic caused much of the U.S. to shut down. Bridgers laments the unexpected period of being homebound.

“It feels simultaneously like there’s more pressure and less pressure,” she says. “There’s more pressure because it’s like, you idiot, you have all this off time, and you’re always begging for off time so that you can write,” Bridgers adds. “And then this other side of me is so f–king depressed it’s hard to make anything.”

She’s working on letting herself off the hook; tomorrow is another day. Bridgers, however, has the bedrock of a new album and the press demands that go with it. It’s also meant that she’s done a few recordings for radio stations.

Asked about any revelations between her first album’s release and now, Bridgers nods to an interest in truth. “Daring myself to write s–t that’s actually true to me, instead of trying to write about somebody else’s experience has been my biggest writing lesson,” she says. “And they’re the songs that I keep coming back to more and more.”

Since the release of “Stranger in the Alps,” Bridgers has put out new music and new albums as part of the all-girl trio Boygenius and indie rock duo Better Oblivion Community Center, with Bright Eyes guitarist Conor Oberst. All of those collaborators contributed to songs on “Punisher,” along with other friends she’s made in the last few years, including Oberst’s bandmate Nathaniel Walcott, Nick Zinner of the Yeah Yeah Yeahs, and Jenny Lee Lindberg of Warpaint.

Another contributor to the album is “In the Dream House” author Carmen Maria Machado, who penned a bio for “Punisher” after Bridgers, a huge fan, reached out to her. They talked on the phone, Machado listened to her songs, and they connected over a shared obsession with the myriad symbolism of home.

In the album’s opening lyrics, in “Garden Song,” Bridgers sings, “Someday I’m going to live in your house up on the hill.” It’s unclear whose house she’s referring to, but often returns to references of home throughout the songs, often in context of growing up and the passage of time (“I don’t know when you got taller, see our reflection in the water”).

Her lyrics also riff on going after and getting what you want, and the resulting transition to being a professional musician. The Machado-penned bio gives a name to the house — “House of Punishment” — but offers an important distinction: it’s a house that replaces punishment with something more like joy.

On the final track, “I Know the End,” Bridgers fantasizes about being home, laying around, and romanticizes a quiet life against the reality of needing to leave. “There’s no place like my room,” Bridgers sings on the track.

But the romance is often only in the fantasy; reality looks much less dreamy. Bridgers, who would have been on tour this summer, is waiting to see what happens. “Indie rock won’t be the first thing to kick back up again — I’m sure sports will make some stupid mistake that we’ll learn from,” she says.

“I’m just waiting for something to inspire me next; hopefully write a couple of songs, whether they’re for bands or for whatever,” she continues. “The next time the world shuffles I’ll know what my life looks like, but it’s not shuffling, so just trying to stay sane and talk about the thing that I just did, instead of focus on something else.”

And there is a plus to the forced time at home.

“I don’t have an excuse to not go to therapy anymore, just doing Zoom therapy,” she says. “But, small potatoes.” 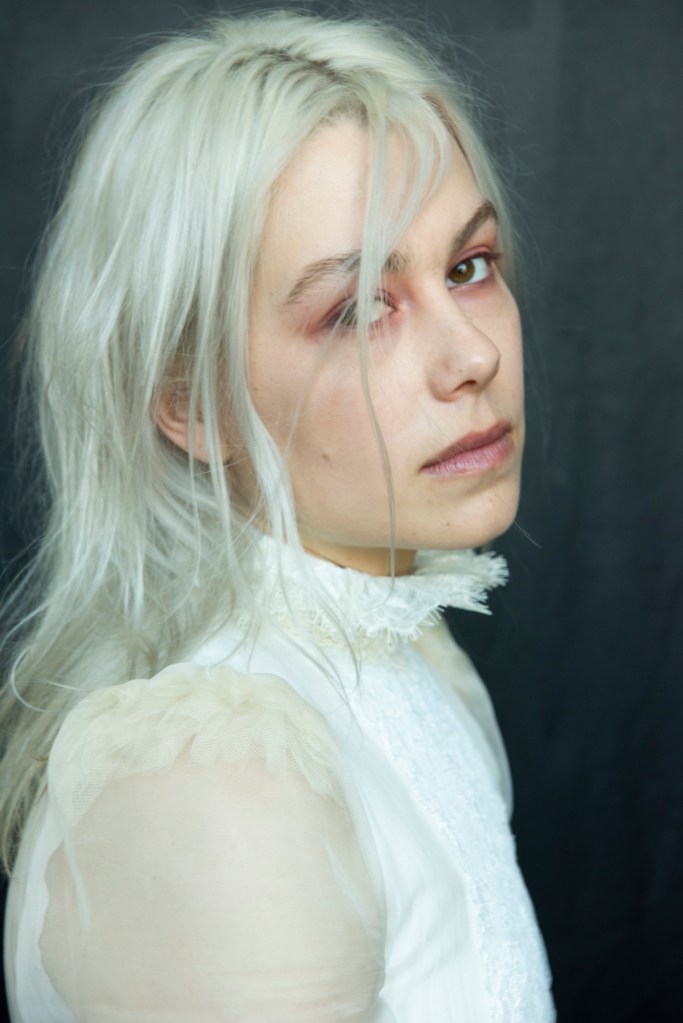