Photographer Gosta Peterson Finds Himself in the Spotlight

On Monday night, the New Yorker was the guest of honor at Masters magazine launch party for its limited edition print publication at Turn Gallery. 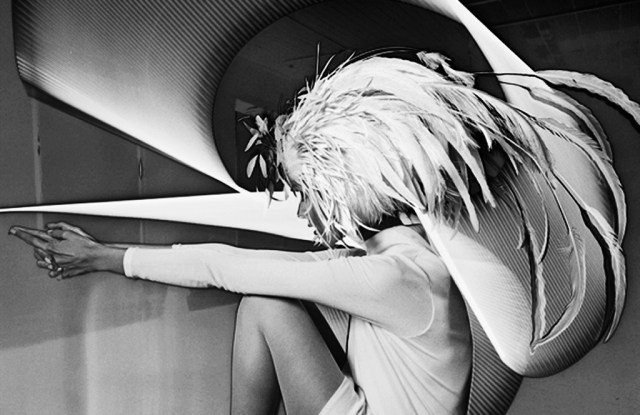 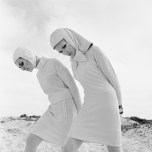 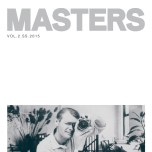 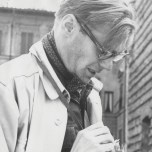 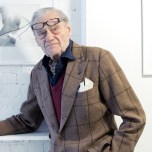 Photographer Gosta Peterson is having a lasting moment in the winter of his life.

This week’s issue of New York magazine features a full-page portrait of the 92-year-old lensman and another page devoted to one of his English boots, as part of a feature about men’s signature style. On Monday night, the New Yorker was the guest of honor at Masters magazine launch party for its limited edition print publication at Turn Gallery. Peterson, whose fabled portfolio includes the first photograph of Twiggy and work for Harper’s Bazaar and The New York Times, appears on both the front and back cover of Masters’ second volume. The cover is a self-portrait from the Seventies and the back is a recent shot of him looking at his own work.

Beyond long having been awarded legendary photographer status, Peterson once shared a studio with Horst, employed Alfred Elgort as an assistant, as well as Linda Rodin, and influenced Steven Klein and a myriad of others. Masters pays tribute with a 35-page feature that showcases his work and a foreword by Lyle Rexer. Peterson’s daughter Annika, who owns the Turn Gallery, said Tuesday, “He was a maverick in photography. He loved people and creating characters. He would lose interest when they became famous.”

Throughout his career, Peterson collaborated with his wife Pat, a former president of Henri Bendel and The New York Times’ former fashion editor. (New York magazine’s photography director Jody Quon also lent a hand in her early days.) Pat Peterson was the one who hooked him up with the first U.S. shot of Twiggy. When people ask, “Well, where are your other photos of Twiggy?” his daughter said that Peterson always replies, “‘I just took that one.’ Because once Twiggy became Twiggy, he wasn’t interested any more.”

Shooting in the Sixties, Seventies and Eighties, his interest waned once models became their own brands. “He stopped working in fashion when the clothes became too manipulated and the girls were too polished. Even though the whole look in fashion is now going back to no makeup, it’s still highly airbrushed,” his daughter said. “For him, it was always about the characters, the situations, the stories, the architecture and the angles. When the girls’ faces became too dominant, that was not his thing,” Annika Peterson said. “He really was an artist. He took fashion pictures but he could have been a great director.”

For the New York magazine shoot with Bobby Doherty, Peterson appears seated on a battered wooden crate with his eyeglasses resting midforehead. The photographer described his own style to The Cut as one influenced by “Fred Astaire, the Duke of Windsor and Richard Merkin, who was a teacher at RISD.” After the shoot, he told his daughter how the very small room that was used was not at all like his studio days. And the shoot itself was “kind of very fast,” due in part to Doherty’s digital camera. As for how such an accomplished man managed to sit still, Annika Peterson said, “He wanted a little zip there. He did his best to kind of politely direct the photographer in his own way…My father has an eagle eye for a lot of things. He said it was both awkward and fun.”

In recent years, Peterson’s daughter and his son Jan have been archiving his work, much of which was stashed in drawers and boxes haphazardly. “He wasn’t really thinking about any of that. It was always, ‘What’s the next job?'” his daughter said.

Thanks to social media, something the younger Peterson has relished teaching her father about, more generations are learning about his work. “A lot of people are really beginning to see him for the first time,” she said. “He will ask me, ‘What are the saying?’ And I will tell him, ‘Here, Poppy, come look at Turn Gallery’s Instagram.’

Turn Gallery sold 100 editions of the $47 issue on Monday night and could have sold more had they not run out, his daughter said. The limited edition run of 400 can also be found at Dashwood Books, McNally Jackson, and Artbook @ PS1MoMA. Those who miss out on that or who didn’t catch Turn’s exhibition of Peterson’s work earlier this year may take solace, knowing the East Village gallery is cooking up a new one for him next year.