The photographer, who was the inaugural recipient of the Uovo Prize for emerging Brooklyn artists, presents African art objects in a new context.

John Edmonds' exhibition "A Sidelong Glance" at the Brooklyn Museum.

Photographer John Edmonds views 2020 — in all its chaos — as a year of return. It’s been a moment to think deeply and metaphorically about source, and to interrogate the process of chance. At the Brooklyn Museum exhibition “A Sidelong Glance,” the 31-year-old photographer’s first solo museum show, Edmonds invites viewers to look at photography with fresh eyes.

His work centers around the Black queer experience while exploring the value of African art within institutions such as museums. Much of Edmonds’ work is about the identity of his subjects — human and object — and how viewers relate to what is depicted. “Something the viewer often gets wrong is that it’s only about what’s in front of them,” he says. “They don’t realize it’s also about them[selves].”

Edmonds, a graduate of Yale’s MFA photography program, was the inaugural winner of the Uovo Prize, given to an emerging Brooklyn artist. The prize included a solo exhibition with the Brooklyn Museum, a $25,000 grant, and public mural commission for the exterior of Uovo’s storage building in Brooklyn.

“A Sidelong Glance” is located in the Stephanie and Tim Ingrassia Gallery of Contemporary Art on the museum’s fourth floor. Toward the end of 2019, Edmonds had several conversations with museum and curatorial staff, including museum director Anne Pasternak, from which he decided to photograph sculptures from Ralph Ellison’s donated collection of African art. One of those items is physically presented in front of its photographic representation within Edmonds’ exhibit. 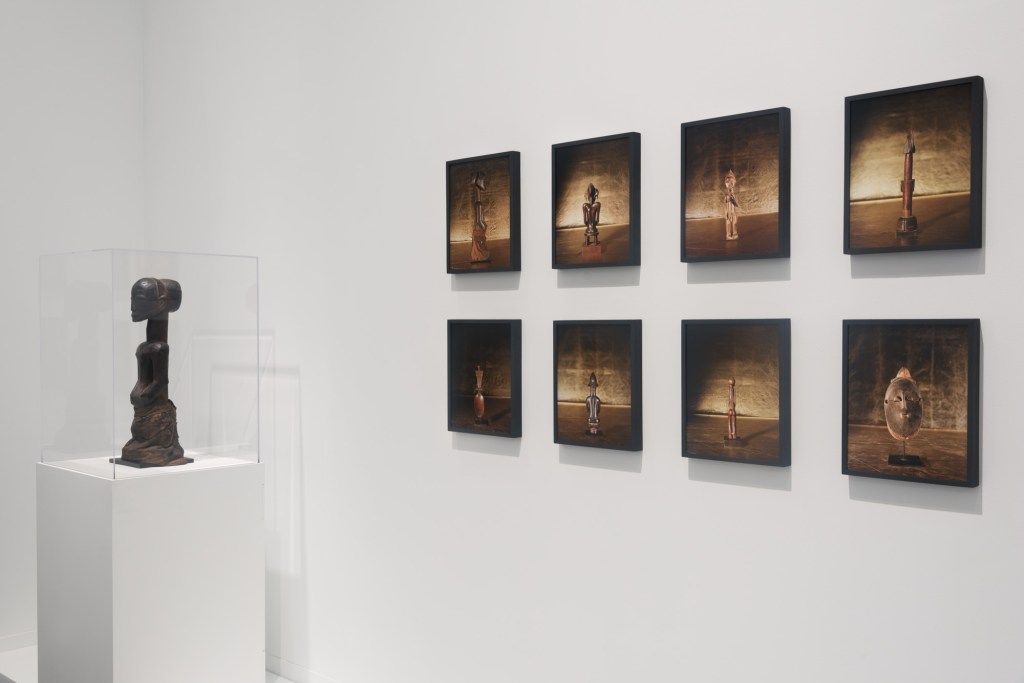 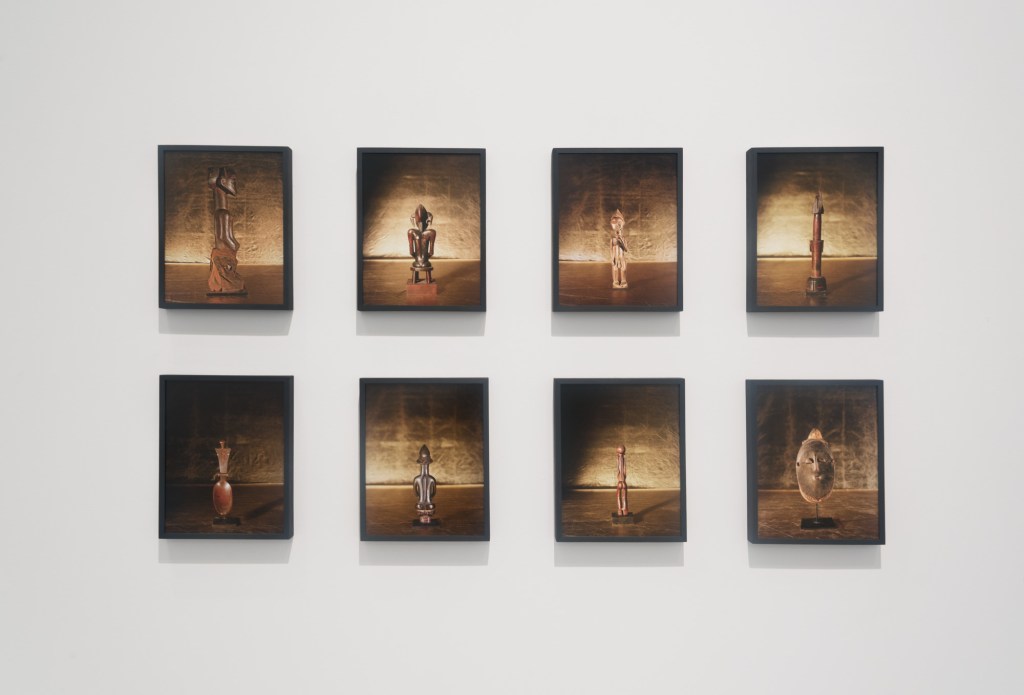 John Edmonds’ exhibition “A Sidelong Glance” at the Brooklyn Museum.

“[The collection] is striking,” says Edmonds. “The general word on Ellison’s collection for many people who have seen it is that it’s not a very interesting African art collection. However, it is coming at this subject of African art from a completely different perspective.”

The title of the exhibition is borrowed from an academic essay by art history professor Krista Thompson in which she raises questions around perspective and visibility in relation to African diaspora art history, and the ways in which that art history has been marginalized and valued.

“There are so many kinds of side glances that the subjects are pointing towards: the viewer, and also toward each other,” Edmonds says. “In a way I as the artist am casting a sidelong glance to the museum, and to the history in which these objects have been largely used for purposes that have not acknowledged their [cultural context].”

Edmonds recognizes that many of the objects depicted in his photographs carry loaded history, both in terms of what hands they have passed through as well as their provenance. “My role as an image-maker is to acknowledge that and free these objects of the burden of that history,” he says. “Not to say that is a simple objective — however, I think that I have slowly begun to do that.”

Earlier this year the photographer traveled from Brooklyn to Ghana, his first trip to the African continent. While there, he accompanied woodcarvers into the forest to watch them cut down the trees that they would then shape into objects — replicas of that human presence. And even when captured within a photograph, that gesture of human presence is intact. It was a moment of clarity for Edmonds.

“Thinking about sources — it begins from the earth,” he says. “And that moment for me was so important to acknowledge, because in many ways it deepened my understanding of how something so deceptively simple is created.”

Edmonds is interested in bridging the disconnect between the relationship of the African artwork and Black human subjects within his photographs. And part of that question stems from his own internal exploration of identity. “As the exhibition opening text acknowledges, I’m questioning the role of Africa in our lives, in artists’ lives — in Black artists’ lives, specifically. What is the role of African-ness in our lives?” he says. “Who is John outside of this American context; can I connect with my African-ness? Those are questions that I task myself with.”

Brooklyn has been home for Edmonds for the last several years. The human subjects of his photographs reflect the people he sees and encounters every day: often passersby, friends or friends of friends — a web of community. He boils his selection process down to a feeling guided by an internal interest in connection, or desire for connection. “So it’s often about me and my desires and my attractions, and my interests around beauty and desire, and my standards of beauty and desire,” he says. “Often it just comes back to me.” 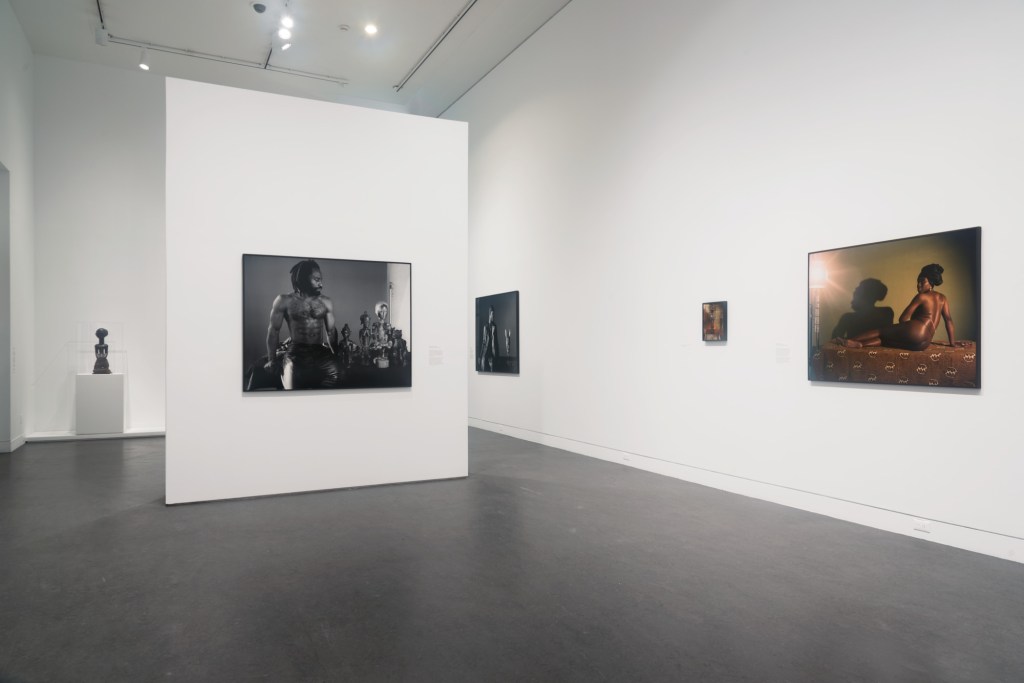 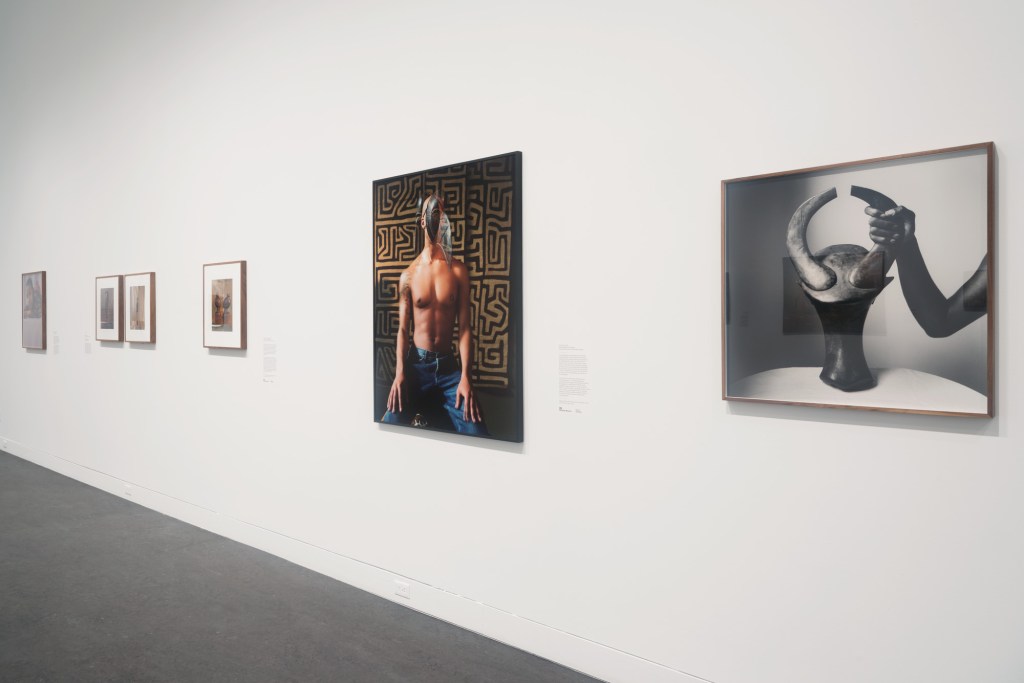 He frames his Brooklyn Museum exhibition in the context of a journey, both for himself, his photographs, and the subjects within his work. The first decorative pieces he photographed were passed down within a Brooklyn-based family, who lent him the items. Since then, Edmonds’ personal understanding of the significance of African art history in relation to contemporary American culture has continued to swell.

“And now all these subjects, all these people, are on the fourth floor at the Ingrassia Gallery. It’s literally bringing the black human subject closer to the center. And I think that as artists that’s what we have to do; we have to bring power back to its source,” he says.

As part of the Uovo Prize, Edmonds also created a public art installation as a mural on the exterior of the Uovo storage facility near Bushwick. For the resulting piece “A Lesson In Looking With Reverence,” Edmonds repurposed his 2019 photograph “Whose Hands?” which depicts various Black arms reaching into frame to grab hold of a Baule wooden sculpture. The image is paired with text from Susan M. Vogel’s book “Baule: African Art, Western Eyes” to further address misinterpretations around African art objects. “It addresses so much in terms of the violence that is always on the periphery of the African art object.”

In addition to his fine art practice, Edmonds has been tapped for commercial projects. Earlier this fall, he photographed the campaign for Telfar’s collection of luxury durags, after meeting Telfar Clemens in February during an assignment for T magazine. Clemens and his team were also familiar with Edmonds’ intimate 2017 durag photo series, printed on silk. Telfar’s collection, which presents the hair accessory in a luxury context, relates also to ideas around the value of African art objects that Edmonds has been exploring in his fine art practice.

“Telfar is someone who really believes in investing in community, and investing in us,” says Edmonds. “So it just made perfect sense: a perfect, spirited collaboration.” 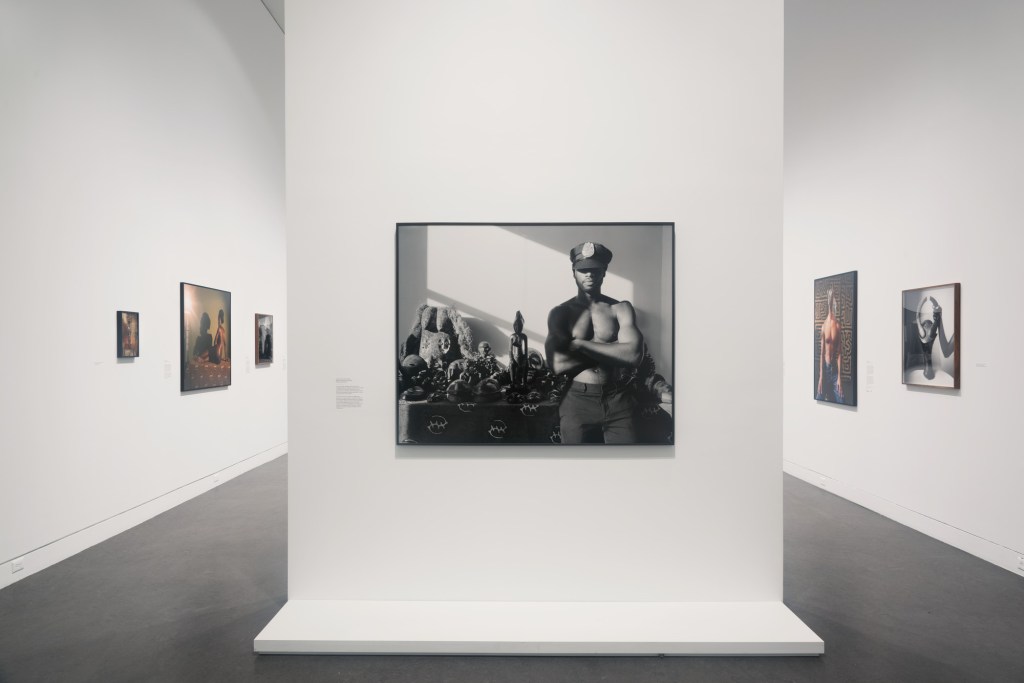 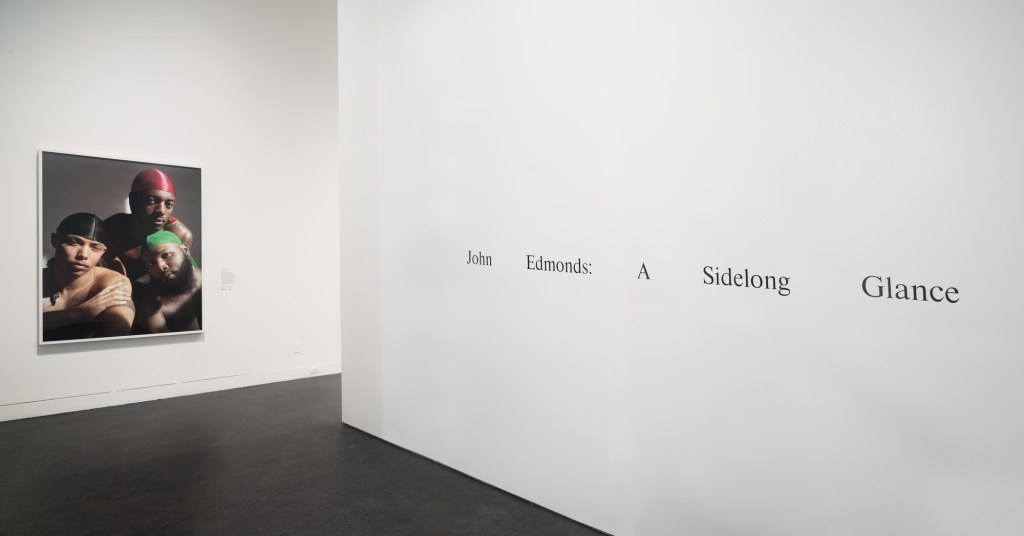