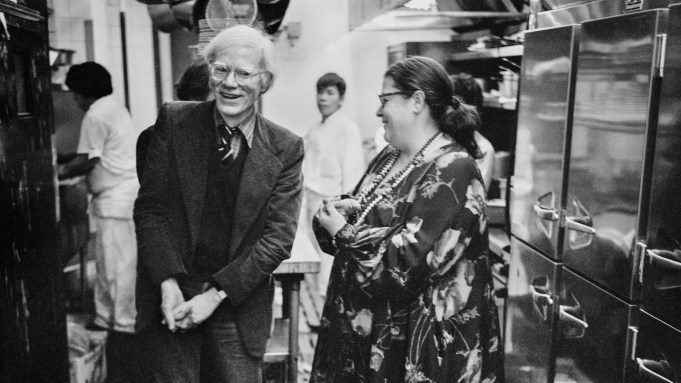 Reached in his Bedford Hills, N.Y., studio in an old bank building earlier this week, longtime Vanity Fair photographer Jonathan Becker peppers responses with amusing footnotes that lace together a lifetime in photography and media without fully buying into it.

Moonlighting as a New York City taxi driver in the late ’70s, Becker once picked up Diana Vreeland and her friend Rudi Crespi in his Checker cab at the Beekman Theatre after the pair caught a Luchino Visconti movie. The photographer said, “I didn’t know her, but I did know the actors in the movie, when I was living in Paris. I knew her two sons and her two grandsons. She was, like, ‘Who is this taxi driver?’ because I just blurted all of this out.”

Three months later, WWD assigned Becker to photograph Vreeland. “There I am, the taxi driver, knocking on her door. She was happy. She got it. She loved people who worked. Standing behind her was the great André Leon Talley in all his glory. Then we made this beautiful portrait of her together,” he said.

Shooting portraits in private sittings is something that he continues to do, as well as making prints. Becker has been landlocked since December 2019, when magazine assignments took him to Paris and Marrakech, Morocco. Although he remains on the masthead at Vanity Fair, the photographer, who owns all of his work, has maintained his independent spirit. Discussing his 45-year magazine career, he said, “Somehow, even during that time I was working for myself and to my own standards. If I hadn’t been, I wouldn’t have that archive….Books are great, but I loved magazines. Every month, we had this stuff coming out and being talked about. It’s reaffirming. What have we got now? Instagram? I can’t bring myself to do that.”

As of late, print buyers are interested in the very fine details, such as those found in his images of Blenheim Palace, Ernest Hemingway’s house or artists’ studios. As a sign of the shifting bedrock of photography sales, Becker’s work can be found on the 1stdibs site and through his studio. Noting how Getty has integrated its elite division, the lensman still has a rapport with Getty.

From his view, “The whole concept of intellectual property is under great threat. The value [of media] has just become about numbers, content and space to fill. The subtleties and quality of work are not paid as much attention,” he said.

Recalling how The Daily Mail was once a significant source of revenue, picking up some of his portraits, he said. “They would pay through the nose if they wanted an exclusive for something,” he said. “They don’t bother now…it’s easier for them to just have lawyers to respond to calls when they use pictures [without permission]. Most people don’t bother.”

Last week’s passing of André Leon Talley caused many to recall his unmistakable standing in fashion, regardless if they knew him personally or not. Having befriended Talley in the ’70s, Becker wasn’t just a confidant — the high-flying creatives shared a similar career trajectory, having intersected at Andy Warhol’s Interview, WWD, Vogue, Vanity Fair and AirMail.

Becker said he emailed The Daily Mail’s photography rights team Wednesday, after the outlet used one of his photographs of Talley with the credit “Copyright Instagram.” As of Thursday afternoon, he had not received a response. A media request to The Daily Mail was not acknowledged Thursday. “They seem to tend to use what they want and worry about it later,” Becker said.

The issue of copyrighted images being reposted broadly on Instagram without permission needs to be clarified in terms of what rights Instagram has to use photographers’ intellectual property, he said. “I think of intellectual property as a civil right for everybody. Without being able to profit from one’s work, without copyrights, what happens? It’s terrible. Why would anyone make anything?”

Speculating about other scenarios, he said, “Do they have the right to take your whole feed on Instagram and sell it as an NFT without paying for it? The NFT was supposed to go in the other direction [protecting artists’ work with encryption and giving them royalties each time the NFT is sold],” he said. “This is a matter for lawyers. These are just questions not accusations.”

As for those, who might not know any better and see Instagram as a free-to-all platform, he said, “That’s the impression that Instagram gives. Once it’s on there — it’s free.”

Recalling his freewheeling days steering a checker cab, Becker said being a taxi driver was a respectable thing to do in the late ’70s. The composer Philip Glass also drove one at that time. Becker would sometimes drive his cab to shoot a party for WWD and then jump back in the cab to pick up fares.

A few favorite subjects from his life in the fast lane of photography include euthanasia advocate Dr. Jack Kevorkian, who Becker says was a fascinating subject, as well as the Jocelyn Wildenstein, whose catlike tendencies were achieved through plastic surgery, how she dressed and the way she decorated things with animal-printed decor. The Prince of Wales was another standout, as was the artist John Chamberlain. Talley may have been Becker’s “best subject ever,” he said.

Accustomed to assignment-driven travel before the shutdown took hold, Becker is keen to go back to Paris, London, Rome, Brazil and Argentina. Recalling how he once spent months and months shooting watering holes in Capri, Becker said, “It was just a different time and a different world. Slim Aarons was always taunting me, ‘Oh, you missed the good times.’ I didn’t miss it. Now I miss it. But I don’t know anyone who is doing that kind of thing now. With Vanity Fair, I was spending weeks in Palm Beach, Palm Springs, the Adirondacks, Bedford shooting all the people and the community. It cost a fortune to do those kinds of stories. We stayed at the best hotels. They had to wine and dine everybody. But it didn’t matter. The readers loved it and it kept the subscriptions going.”

While living in Paris in the ’70s, Becker and the septuagenarian Brassaï, his hero, became fast friends. When the restaurateur Elaine Kaufman sent Becker $300 to fly back to New York for Christmas, Brassaï asked that he retrieve hundreds of the French photographer’s prints for a book that had not been published from a literary agent. Becker said, “I brought them back and he pored over them. That book [‘The Secret Paris of the 30’s’] got published — not very well. But the pictures were amazing…his stock was a bit low, when I met him. Then he had shows in New York at Marlborough for that book and a subsequent beautiful book and show about the artists in his life — virtually every major artist between the wars in Paris. We just had a very good rapport and would bring each other luck.”