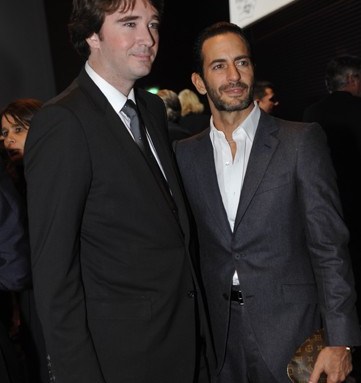 After ogling countless masterpieces by Renoir, Manet, Ingres, Goya and Titien at the opening of the “Picasso and the Masters” exhibition at the Grand Palais Monday night, actress Eva Green was asked for her impressions. “It was all alright,” she shrugged, with arch irony.

The staggering works fired up the fatigued fashion flock, including the likes of Karl Lagerfeld, Marc Jacobs, Empress Farah Pahlavi, Jacqueline de Ribes, Bernadette Chirac and Dennis Hopper, who later supped with exhibit sponsor Bernard Arnault of LVMH in the shadow of his treasured Richard Serra.

During a brief pre-dinner speech, Arnault remarked on how odd it felt viewing such artistic riches on a disastrous day for global markets. His takeaway? “I guess Picasso is a good investment,” he said, to much laughter.

Actress Mylène Jampanoï said she would soon be playing in a film about Serge Gainsbourg, which had her relishing the androgynous costume possibilities. “Gainsbourg invented fashion,” she enthused.