The father of Italian pop art is the subject of a major show at Cardi Gallery in Mayfair.

LONDON  — The coronavirus — which has emptied streets, schools and stadiums and spooked the population‚ has hit Italy harder than other European countries. The sunny tourist haven is now in lockdown, with more than 300 people dead, a recession looming, and everyone wondering how and when it will all end.

A new exhibition of work by Italy’s pop art pioneer, Mimmo Rotella, is a reminder that the virus is the latest grim episode in Italy’s post-war history.

The show, “Beyond Décollage: Photo Emulsions and Artypos, 1963-1980,” which opened this week and runs until July 31 at Cardi Gallery in London’s Mayfair, features big, bold imagery of the Red Brigades terrorists, the kidnapped (and soon to be shot dead) Aldo Moro, and attacks on citizens in the streets of Seventies Italy. 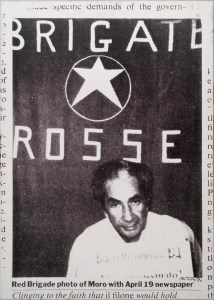 But it’s not all scary.

There are layers, and shards, of kaleidoscopic color, lots of consumer goods (beer, bell-bottoms and cars) — pop culture symbols and the famous Fifties movie posters that Rotella regularly ripped down from the walls of Rome in the middle of the night — and reworked into surreal, raw-edged collages.

The show also looks at the processes Rotella developed to create his mixed media works, the photo emulsions that would see him print enlarged versions of pictures straight onto canvases, and the artypos, discarded typographers’ proofs which he would layer with contrasting images and materials. 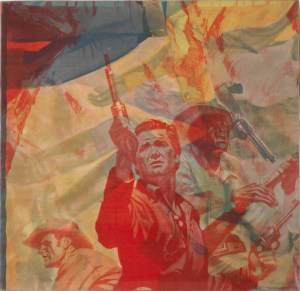 He also believed that his personal power and charisma informed his art: “Into a work of art, whether mechanical or not, we need to infuse a sense of magic,” Rotella was quoted as saying in 1969. “It depends on the artist, on his own magnetic charge that he releases into the artwork.”

The Rotella show, the largest to date in the U.K., is part of a pop-arty moment in London: On March 12, Tate Modern will unveil its first major Andy Warhol exhibition for two decades, a retrospective that will run until Sept. 6. On March 18, Christie’s London will present a sale of more than 200 lots, with Andy Warhol’s “Cowboys & Indians” portfolio leading the auction. Other Warhol works, including screenprints of Marilyn Monroe and Queen Elizabeth, are also in the sale.

Similar to his contemporaries, Warhol and Robert Rauschenberg, Rotella was a man fascinated by shreds and bits, distortion, destruction and re-creation. Like his contemporaries he uses popular culture — movies, advertising and newspapers — as a means of creating something new.

Rotella was a poet, too, “shredding” words into different sounds and reciting his abstract verses before live audiences. 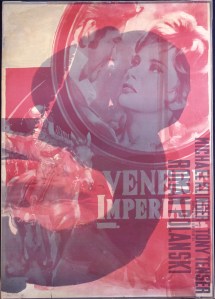 “Everybody has wondered, who came first? Mimmo Rotella or Andy Warhol, because many of Rotella’s works came way, way before 1962 and 1963. And he was talking about pop already at that point,” said Nicolò Cardi, a second-generation gallerist with spaces in Milan and London.

“Of course, worldwide, Andy Warhol is the father of pop art, but for us, Mimmo Rotella is the father of Italian pop art. They did know each other. We have pictures of them together,” he added during an interview in the Milan gallery, which his father founded in the Seventies, and which focuses on post-war and contemporary art.

Rotella, a native of Calabria, was also different from Warhol in many ways, said Cardi. His art skewed political and at times felt like reportage — hence the Seventies Red Brigades and Moro images.

Although Rotella wasn’t as celebrity-focused as Warhol, the show does feature photo emulsion portraits of his friends Paco Rabanne, Roy Lichtenstein and the French painter Arman. There is also a blurry image of Jackie Kennedy holding her dying husband after he was shot in Dallas, and collages of Pope Paul VI and the Vatican. 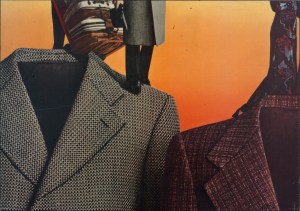 He was also on Italian fashion’s radar: Gianni Versace (a fellow Calabrian) commissioned a series of works by Rotella for Casa Casuarina in Miami, and the artist also created images celebrating Versace for the designer’s first London show at the Victoria and Albert Museum in 1985.

Germano Celant, the curator and artistic director of the Prada Foundation, has been compiling the Mimmo Rotella Catalogue Raisonné.

According to the gallery, Rotella developed a taste for color juxtaposition thanks to his mother, who owned a fashion atelier, while his father encouraged the young Rotella’s academic and artistic studies.

His parents were clearly influential: Following his first solo exhibition in 1951 in Rome, Rotella won a Fulbright Scholarship and continued his studies at the University of Kansas City, Missouri. 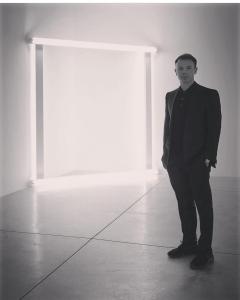 Cardi said there are various reasons for wanting to highlight Rotella right now: The second volume Celant’s catalogue raisonné will be published in the coming months, certifying Rotella’s oeuvre for an international audience.

Cardi also believes the artist’s work needs to be exposed to a new audience.

“Mimmo Rotella is part of the biggest private collections worldwide, including museums, so he has amazing support in terms of culture. But there is a new audience, a new generation that has to know about the past, and what this great artist did in the past.”

He also believes that Rotella would play well on Instagram: “Mimmo Rotella is pop, it’s for everyone,” he said.