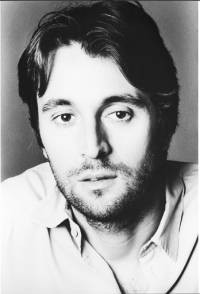 NEW YORK — As far as first impressions go, the Italian artist Francesco Vezzoli makes a somewhat disarming one: a man completely obsessed by female icons from the Sixties and Seventies, and in particular those who figure into Andy Warhol’s universe.

The dashing 30-year-old, a graduate of Central St. Martins School of Art in London, has gained critical acclaim for his ghostly embroidered portraits of such bygone divas as Anna Magnani, Veruschka and Edith Piaf and for his campy short films based loosely on scenes he re-creates — and centered on the act of embroidering — from the cinematic masterpieces of Jean Cocteau, Luchino Visconti and Lina Wertmüller, among others. Along the way, he has even convinced such celebrities as Marisa Berenson, Bianca Jagger and Isabella Rossellini to star in these melodramatic re-creations that summon the past and mock it simultaneously.

But Vezzoli’s latest project pushes him even further into territory where only pop culture icons dare tread — in front of Francesco Scavullo’s camera. “I am becoming my own diva,” says Vezzoli cheekily over breakfast during a recent trip to the city. The series of “Before and After” shots, exhibited last month at the Galerie für Zeitgenössische Kunst in Leipzig, Germany, are a tribute to the photographer’s makeup-on/makeup-off shots of such famous faces as Brooke Shields and Cindy Crawford. “For me, Scavullo is the contemporary Horst,” explains Vezzoli. “His pictures epitomize the history of glamour. I wanted to make a living performance out of him.”

Of course, Scavullo’s ties to Andy Warhol — he was Interview magazine’s roving eye back in the Factory days — made the photographer all the more attractive to Vezzoli as well. But the artist found himself having to do a little convincing when it came to Scavullo. “For me, that is part of the artistic process,” he says. “Articulating what I am and how I combine art and cinema.”

To enlist Berenson to star in his four-minute tragic pop video, “A Love Trilogy: Self Portrait with Marisa Berenson as Edith Piaf,” he even sent flowers. (That film, along with his “Embroidered Trilogy” films, were shown at the New Museum of Contemporary Art last spring.) “They listen, they think I’m crazy and then they say yes,” he says. “I’m like a one-man band.”

At the Liverpool Biennial at the Tate Liverpool which runs through Nov. 24, Vezzoli stages his video collaboration with Bianca Jagger, “The End of the Human Voice,” which was inspired by Warhol’s film “Lupe.” A double-projection installation, Jagger sobs into a phone, re-creating Jean Cocteau’s 1930 script “The Human Voice,” while Vezzoli lies comatose on a bed with a telephone receiver on his chest.

“You’re asking people to do something slightly twisted, since it’s a work of art. It’s all motivated for love, for these icons and actors,” he says adding that he’s digging into pop culture to create something new, not to exploit his stars’ celebrity. “Celebrity should only be involved if it is scientific. The tricks will show through.”

At the Venice Biennale in 2001, he created a sensation when he incorporated the real-life Veruschka into his installation of embroidered portraits. She sat, wearing vintage Valentino couture in the Italian Pavilion, needlepointing her own self-portrait, essentially playing herself. It was an image, he says, that was both glamorous and tragic.

Vezzoli says his next project is a toss-up between a remake of Pasolini’s “Love Meetings,” a documentary film that travels throughout Italy asking street people about their sexual behaviors, and projects involving Amanda Lear, Salvador Dali’s protégé, and Amalia Rodriguez, a Portuguese singer. Whatever the case, it’s bound to be wryly nostalgic. “My work is about memory,” he says. “But you have to remember, I am always winking.”