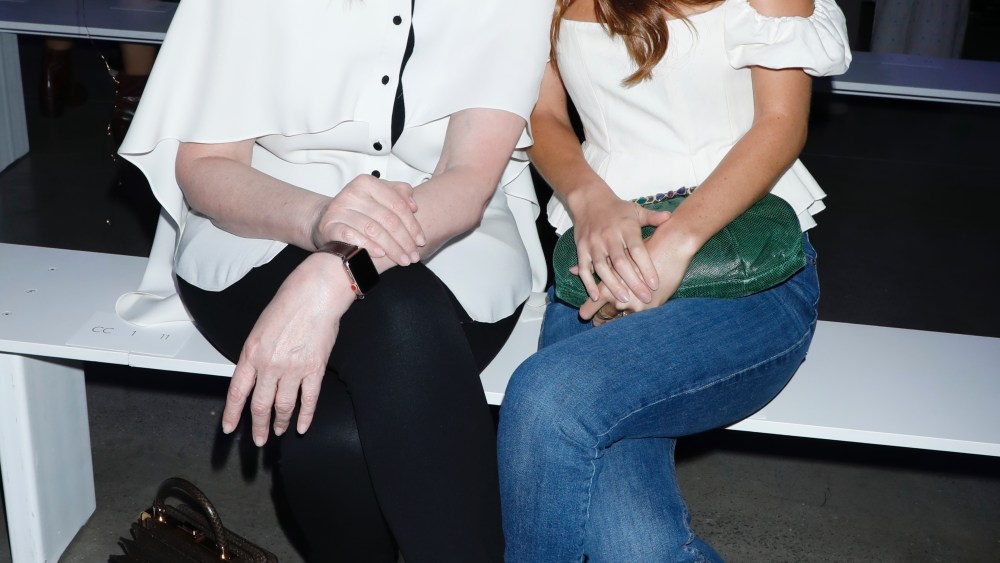 As guests including Kaitlyn Dever, basketball player PJ Tucker, Kat Graham, Indya Moore, Nesta Cooper and Jeremy O. Harris made their way into Prabal Gurung’s runway show at Spring Studios Sunday night, they were handed quarter cards — “Bans Off My Body” — urging them to sign a petition in support of Planned Parenthood. Activism was a fitting entry to the designer’s 10th anniversary show, which was themed around the question of “Who Gets to Be American?”

Gurung moved the show downtown from The Shed last month after Hudson Yards developer Stephen Ross held a reelection fund-raiser for President Trump in the Hamptons.

“We love Prabal, both as a designer and a friend, but I also particularly love the theme of the show, to define what it is to be an American,” said Arianna Huffington. “I love the way he brings it all together, because he has love for this country, a sense of what the American dream is meant to be, and how he has been part of it and has lived it. And now he wants to interpret it; I can’t wait to see how he interprets it with cotton and denim and flowers.”

“I agree to with my mom — it’s very easy to love his colors and his patterns, but I think also in his last couple of shows he’s just been so quick to take a stand and to try to have a greater meaning,” added Christina Huffington, sitting next to her mother in the front row. “We’re so happy to be here and very excited, and we’re not fashion people, but we’re excited to be here.”

Nearby, Tucker was taking in his first runway show for the designer.

“I’m a big jacket fan, and I think their jackets are hands down one of the best in the game,” said Tucker, donning an orange and pink parka from the brand. Just like the fashion industry, the Houston Rockets player is getting ready for the next season.

“Season’s starting; we just got Russell Westbrook, making significant changes to our team,” he added. “Right now I don’t see anybody better in the NBA, so we’re going to go at it, and try to win a championship this year.”