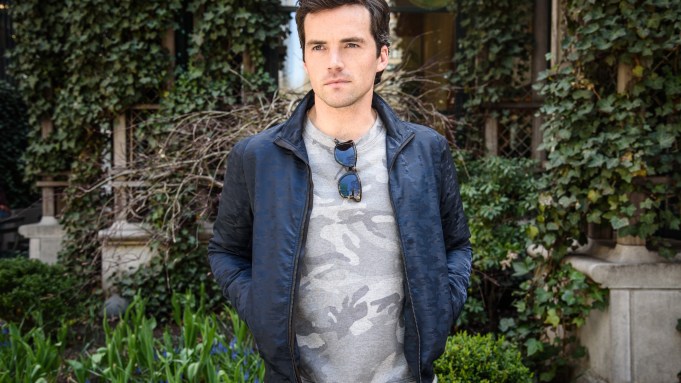 Dressed in a blue denim work shirt and faded navy baseball cap, Ian Harding exudes a boyish charm more in line with his Virginian roots than his current Hollywood career. The 30-year-old, whose seven-year run on “Pretty Little Liars” will come to an end with the series’ June finale, has penned his first memoir titled “Odd Birds” out May 2, which explores his life in Tinseltown framed by a favorite pastime — bird-watching.

“When I was a kid I would get excited by things that flew but then I hit middle school and realized it was not a fast track to having a girlfriend,” explains the actor. As his adolescent romantic desires faded into adulthood, Harding rediscovered his ornithological hobby and relishes in its meditative quality. “It’s a natural version of ‘Pokémon Go,’ which I despise. It gets you out of your own head and you start to notice surprising little things [in nature].”

Since gaining notoriety — particularly among the teen set — with a recurring role on the hit drama, the loquacious actor often grapples with his love of the craft and his fear of living in a proverbial fishbowl. “For the most part I’ve been able to go around with anonymity,” says Harding as he strolls unnoticed through New York’s Bryant Park. “There’s so much that I want to see and do and being megafamous is not on my to-do list.”

But with a Fox comedy pilot in the works, which Harding describes as “’Parks and Rec’ meets ‘New Girl’ set in Antarctica,” an upcoming indie film and a nationwide book tour set for May, Harding is not permanently retreating to the woods just yet. “I’m taking an online ornithology course through Cornell, but if I weren’t an actor I think I would be super depressed. Even when I’m on hiatus I think, ‘Why am I alive?’”

Although preferring styles from outdoor outfitter REI to, say, Rei Kawakubo, the actor dons designer duds as he casually basks in a pool of springtime sunlight beaming off of Midtown Manhattan skyscrapers.  “My plan is to ride out my 30s with ‘handsome man’ parts, hit 40 and take some time off to have some kids, and then come back as Paul Giamatti,” muses Harding. “If my breasts don’t match my significant other, then I’ve failed.”

Harding’s “Odd Birds” is sprinkled with his brand of disarming and often self-deprecating humor including anecdotes illustrating some occasionally awkward encounters brought on by fame. Once mistaken for “Enchanted” actor James Marsden while out for a stroll in New York, Harding had to politely explain to the speechless fan her error only after agreeing to pose for a picture together. “You could see the confusion as to why I was even taking the photo [with her], but then I felt like an even bigger asshole for trying to explain that I was, in fact, famous. It was a mess.”

The Teen Choice winner explains how he flew under the radar with fans as he jogged through Central Park earlier in the day, but excitedly described the mix of esoteric and commonly known fowl he encountered. “There was a northern shoveler, double-crested cormorant, bufflehead and mallards out the ass.”

Retreating from the trappings of celebrity as much as possible to the wilderness around his Los Angeles home, Harding can’t help but draw a parallel between his leisurely pursuit and the lifestyle from which he often escapes.

“You have tours that go to certain parts of the world to see a specific type of bird and then you come back to Hollywood and you see tour vans that go around in hopes of catching a glimpse of Halle Berry going out to get a newspaper,” observes Harding. “I think I’m a pretty cool guy, but there’s nothing too special about me so [it’s strange] to see people standing in front of me totally flabbergasted.”

Passing along Fifth Avenue within a sea of unrecognizable faces, the congenial actor pauses and notes, “I guess it’s sort of like when I see a certain bird I’ve known about for years and then, finally, there it is before me. It’s a rare thing.”