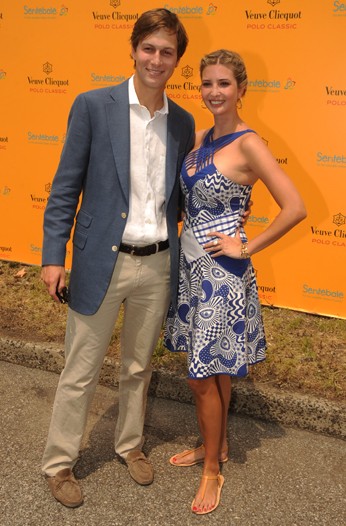 It’s not everyday an authentic royal prince mounts a horse and plays a polo match in the middle of New York City, so the enthusiasm of the crowds that gathered at Governors Island (just off the tip of Manhattan) on Sunday afternoon to watch Britain’s Prince Harry compete against Nacho Figueras in the third annual Veuve Cliquot Polo Classic was understandable. Despite the sweltering climes—the mercury rose well above the ninety degree mark—scores of revelers—some VIPs, most hoi polloi (the event was open and free to the public) gamely donned festive chapeaus and seersucker shorts and boarded ferries from the financial district to the fields. (Further evidence this was not your typical American sporting event: elegant flutes of the sponsor’s Champagne, rather than Big Gulps of brewski, were hawked at concession stands.)

While this year’s celeb turn out—Val Kilmer, Mary J Blige—paled in comparison to last year’s—Kate Hudson and Madonna (arguably one of the only stars who could upstage an HRH)—there was still no shortage of entertainment: Namely, Harry’s head-first tumble off his horse during a pivotal moment in the game, which drew a collective gasp from the crowd. But, for the royal, who continued to play after his spill, it was presumably worth it: festivities, which also included an exclusive tented luncheon before the match, raised funds for American Friends of Sentebale, the U.S. chapter of the charity he founded to support children in AIDs-stricken parts of Africa. What’s more, Harry, whose team ultimately lost, managed even to score a goal—though the play wasn’t exactly a highlight for everyone. “They let Harry score a goal, did they?,” quipped one skeptical onlooker. “That was nice of them.”