The hit Netflix series created a newfound familiarity between Prince Philip and viewers around the world who were captivated by his controversial character.

A still from "The Crown."

LONDON — The popular Netflix series “The Crown” created a newfound familiarity between the public and the Duke of Edinburgh, but also explored some of the darker parts of his life — with questionable historical accuracy.

In the first two seasons of the series, the duke was played by British actor Matt Smith. Those episodes told the story of a young Philip, his courtship of Princess Elizabeth, the future queen; the early years of their marriage, and the tensions that began to bubble after the coronation. According to the show’s producers, Philip’s status as the patriarch of the family often clashed with his wife’s newfound title as the country’s monarch.

Tobias Menzies, famous for his roles in “Game of Thrones” and “Outlander,” later stepped in to play a middle-aged Duke of Edinburgh, navigating a midlife crisis and still grappling to find his purpose and role within the royal family. The Oscar-nominated Jonathan Pryce will play the duke in the show’s final two seasons.

The popular series explores the lighter, more likable aspects of the duke’s personality. He’s shown teasing Queen Elizabeth, and having a soft spot for Princess Anne. At one point, he playfully declares that any parent who claims they don’t have a favorite child is lying to themselves.

It also looks at some of the darker moments in the duke’s life, which were reported to have been painful for the family to revisit when the show aired. These include snapshots of Philip’s childhood when he lost his sister in a plane crash, and how he grew up alone at the outdoorsy, survival-of-the-fittest Scottish boarding school Gordonstoun. They also highlight his strenuous relationship with his eldest son Prince Charles. The latter was too “soft” for the duke’s liking, according to the show. The show also looks at the royal’s alleged affair with the ballet dancer Galina Ulanova. 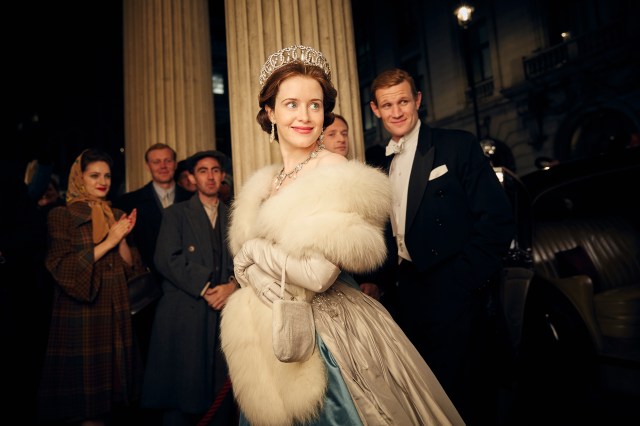 A still from “The Crown.”  Courtesy Photo

For many of the show’s younger viewers, it would have been their first encounter with Philip and his history and many would have likely taken the show as an accurate representation of reality. However, many royal historians who have been following the family for decades have criticized “The Crown” for being grossly inaccurate, and sometimes offensive.

For one, Prince Philip’s refusal to kneel at the Queen’s coronation was quickly dismissed as false: “I doubt Prince Phillip ever spoke those words to his wife because he came from a royal household which had borrowed so much of its ritual and protocol from the British royal family. He knew full well what was expected of him in public, and was prepared to go along with it,” said royal expert Christopher Wilson to “The Crown Chronicles.”

The show also suggested the involvement of Prince Philip in the 1960s Profumo Scandal, which saw powerful, Establishment men linked with models and showgirls. The palace denied any involvement on the part of the duke.

Another royal historian, Hugo Vickers, dedicated an entire book, “The Crown Dissected,” to picking out what he sees as falsehoods in the show.

“‘The Crown’ is very lavishly produced, well-written and well-acted, you can’t just dismiss it. Most people think it’s true. Fiction should help you understand the truth, it shouldn’t pervert the truth and twist it around against it,” Vickers told WWD last year. He also took offense at the portrayal of the duke’s relationships with Princess Diana in the show’s latest season, which aired at the end of last year.

Commenting on a scene in which Philip tells Diana that a divorce from Prince Charles “wouldn’t end well,” Vickers writes that the portrayal of Philip is unfair. He argues that Philip had a good relationship with his former daughter-in-law, maintaining correspondence with her and acting as a mediator, when faced marital problems with Charles.

“[The scene] supports the scarcely credible rumors, still fueled by the internet, that Diana’s fatal car crash in a tunnel in Paris in 1997 was a murderous ‘hit’ ordered by Prince Philip and designed to look like an accident,” wrote Vickers in a column for the Mail on Sunday.

The series’ writer Peter Morgan has often addressed criticism by defending his right to creative freedom, and highlighting that the show only offers “informed speculation” about what happens behind palace walls.