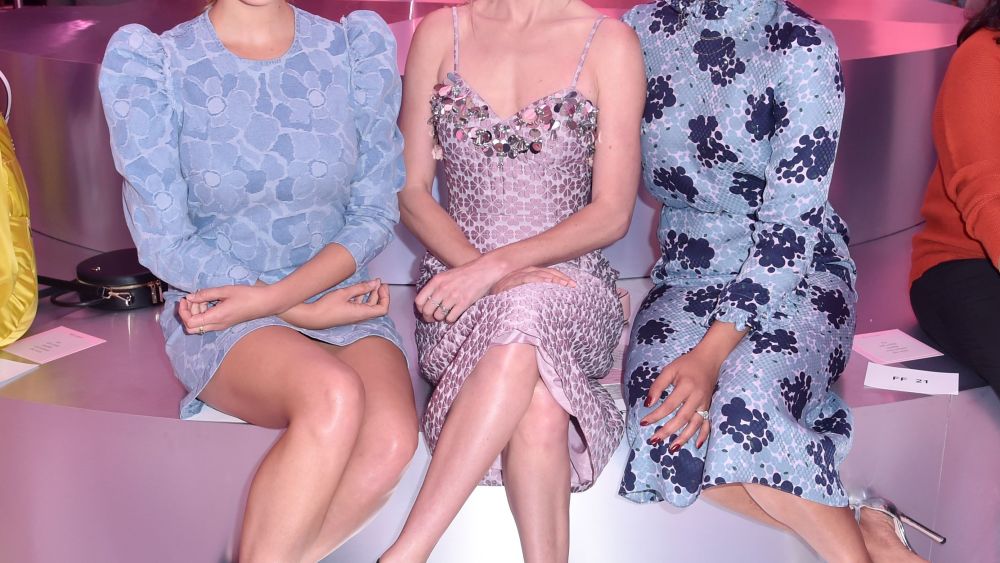 There was a quiet, respectful mood about the Kate Spade fashion show this year, where the only real mention of the brand’s founder’s death came in the form of a placard placed at each guest’s seat that read, “She left a little sparkle everywhere she went.” The front row VIPs — among them Priyanka Chopra, Kate Bosworth, Elizabeth Olsen, Julia Jones and Suki Waterhouse — reflected this vibe and message; they paused backstage for pictures and the photographers didn’t yell their names or call for them to look in a certain direction. People spoke in low murmurs, including Waterhouse, whose deep and soft voice would have fit right in with an ASMR video. With a range of upcoming projects ahead, Waterhouse said she’s most looking forward to the release of the film “Assassination Nation,” in which she plays the character Sarah. But while she’s doing the New York Fashion Week thing, she said, she’s taking it one day at a time.

“Fashion week is a whirlwind,” she remarked, touching her teased beehive hairdo gently. “You get a lot of nerves because there are pictures being taken. You’re like, ‘Did I wear that dress right? Was that a horrible mistake?’ Because you mess up a lot, basically. And then there’s pictures of it. Which in retrospect, isn’t too bad.”

When a reporter asked Waterhouse about the engagement of her friends Hailey Baldwin and Justin Bieber (who both showed up to the John Elliott show on Thursday,) she declined to comment. After their interview was done, Waterhouse took a hit of her Juul e-cigarette and went back over to the reporter. She said, “Sorry I couldn’t answer any questions about Hailey and Justin. But those questions aren’t about Kate Spade, are they?”

Bosworth has spent this summer teaching a film class with her husband Michael Polish at Flathead Valley Community College in Montana, and said she plans to do more two-week programs every year, with hopes of turning it into a four-week program — and maybe more.

“I feel like this summer has overtaken everything, but I’ve got a television show starting in October, and the film ‘Nona,’” she revealed. “I’m also starting something soon, I’m not allowed to talk about it quite yet, but it will be announced very soon. I wish I could say more.”

Julia Jones, who plays Kohana in the series “Westworld,” is of Choctaw, Chickasaw and African-American descent, and said her background factors into most decisions she makes as an actor.

“I read something the other day, and on paper it was literally my dream job. They sent me a bunch of scripts to read and I had to read them all,” she said. “I couldn’t go to sleep without reading them because I was so afraid there was going to be a problem with the way representation was handled and that I wouldn’t be able to do the job.”

Chopra declined interviews and posed for pictures instead, peeking over the top of her blue, square sunglasses. Her mother, Madhu Chopra — who has accompanied her daughter to a number of events this fashion week — said she’s been in town for three days, just to “see what this is all about.”