Olivier Zahm talks 25 years at the helm of Purple magazine, and the beauty of print. 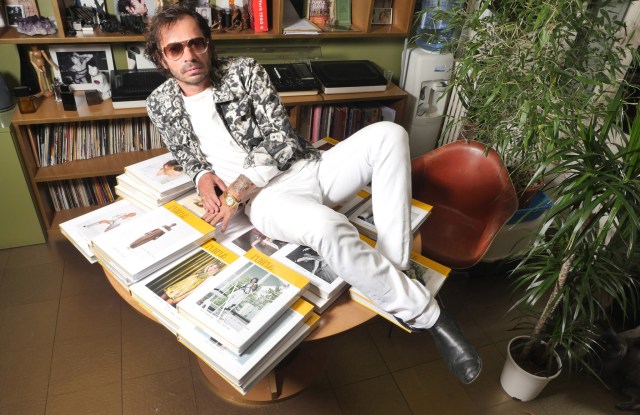 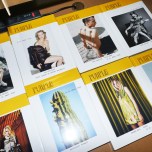 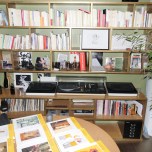 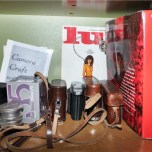 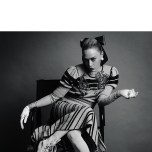 PARIS — “It’s a royal color, the color of the pope, but also a Seventies color — and the color of the sexual organ,” said Olivier Zahm of the moniker of the French art and culture fanzine he cofounded 25 years ago with Elein Fleiss, originally named Purple Prose.

When in 2004 the magazine hit a rough spot — “It was the new century and Purple was considered a Nineties magazine; celebrity culture was emerging and killing taste” — the duo decided to split paths, with Fleiss launching Purple Journal and Zahm relaunching Purple Prose as Purple Fashion, with a new format.

Zahm, who carved out a career as a respected art critic and curator before launching Purple, stayed true to his vision with among his most impactful covers a portrait of Carine Roitfeld in a white T-shirt scrawled with the words “Vogue, love you mum” (a birthday gift from her daughter, Julia Restoin Roitfeld) by Inez Van Lamsweerde and Vinoodh Matadin.

“Carine said to me, ‘Olivier, you did right to put me on the cover because I will bring you good luck.’ And it did, actually. From that point, Purple became more successful than before,” said Zahm, himself a French fashion insider with his rock, scruffy-playboy look (think Ray-Bans, bed-head hair, leather jackets and open shirts à la Serge Gainsbourg — scooter helmet and camera in hand.)

For the title’s just-released 25th anniversary collector’s edition — the first hardcover issue in the magazine’s history — Zahm is hedging his bets, not to mention flexing his pulling power, having orchestrated 25 covers by 25 artist and photographer talents and 25 “Purple icons” with “every generation of model represented.” They include Richard Prince and Cindy Sherman; Guinevere Van Seenus, Stella Tennant, Alek Wek and Chloë Sevigny, and photographers Juergen Teller, Wolfgang Tillmans and Inez & Vinoodh.

In an interview with WWD, Zahm described the direction of the anniversary issue as making a stand against “the influencer marketing mechanism” in “defense of” modeling as a creative art form. But it’s just as much a celebration of the beauty of print versus digital, as one of the rare long-haul independents — one that’s hatched several spin-off publications across the years including Purple Fiction, Purple Sexe and Purple Fashion. (The Purple empire also extends to a publishing house and a Parisian art gallery.)

To celebrate the edition, Zahm will host events in a range of cities, kicking off with a dinner at the Standard Hotel in New York on Sept. 11, followed by a party at the Top of the Standard with surprise performances. The Paris Fashion Week leg will open with an “American cocktail” at Ralph Lauren’s Saint-Germain flagship cohosted with Sevigny and her brother Paul, followed by a dinner at the Brasserie Lippe and an after party at Le Montana. In mid-October, the celebrations will continue with a dinner in Los Angeles co-hosted by acclaimed gallery Hauser & Wirth and artist Paul McCarthy, who collaborated on a supplement for the “Purple book.”

Here, Zahm talks about the magazine, sex, the color purple — and the everlasting value of print.

WWD: With Purple’s humble beginnings as a shoestring-budget indie fanzine, how does it feel to turn 25?
Olivier Zahm: I started as an alternative antifashion publication highly connected to art, and 25 years later I’m part of the establishment but it’s even more difficult to do a magazine now. Publishing magazines costs a lot of money and people don’t read magazines anymore, they’re all captivated by Instagram. I have to reinvent myself every season to keep the interest of the reader. Twenty-five years later, my mission is the same: Captivating the readers, not flattering the industry.

WWD: What are some of the key features in the anniversary issue?
O.Z.: Sven Schumann did an interview with photographer Wolfgang Tillmans in Berlin addressing the question: What is photography today when everyone is a photographer? These kinds of questions and answers you find in a magazine, on paper and not on Instagram. For me this is the essence of a magazine — it’s questioning what’s going on today and celebrating true creativity without compromise.

WWD: What role does sex — a Purple hallmark — play in captivating readers?
O.Z.: I consider that sex is part of life as much as architecture, fashion, art or food. Sex is life, simple. And I refuse to consider that sex should be hidden. When you hide sex, problems start because sex becomes dangerous.
The reason I introduced sex — or erotic imagery — to Purple is not only because I don’t want sex to be hidden but because also I consider it [as] an extension of fashion, the way the body expresses seduction and beauty. It’s very artificial to put sex in a ghetto. Plus, sex sells.

WWD: Where did the idea for the magazine’s name come from?
O.Z.: I did a magazine before called Blue, an art magazine, so I was looking for another color. An artist friend of mine from New York mentioned the Purple Press, an old Hollywood category of press about celebrities, scandal, privacy, etc. I thought it was a great name. In the Seventies you had Deep Purple, in the Nineties you had “Purple Rain” by Prince. And it’s an antifashion color; nobody would ever design a purple dress. There was this idea of: this is the only color that fashion will reject, let’s use it.

WWD: Tell us about your style.
O.Z.: I have a hard time finding the right clothes for me so I tend to keep clothes I like for as long as they can last. I still wear a Levi’s jean jacket that I bought in 1980 when I was still at school. It’s too small for me but I like it that way, it’s sexy. As for footwear, I’m obsessed with Carvil, a Parisian bootmaker who made boots for all the French pop stars in the Sixties. They approached me for a collaboration that will come out in September. They did a pair for Bob Dylan, which I wear….

WWD: And the shades?
O.Z.: I’ve worn tinted glasses since I was very young because I used to get massive migraines. I turned up to school with these tinted glasses and immediately understood that they made me special. At the Sorbonne when I was a student, the teacher said, “No tinted glasses in my class,” and it was the same thing at home: “No tinted glasses at the table for family dinners.” As soon as I got independent, I wore them all the time. In the Eighties, it was Alain Mikli — I can’t believe I wore them looking back, they were really weird. Now it’s Ray-Bans because I’m a pretty simple guy. I like democratic design that’s open to everyone. Ray-Bans are 100 euros, it’s beautiful. Ray-Ban is communist, Ray-Ban is Marxist.

WWD: Which scent do you wear?
O.Z.: Azzaro pour Homme, it suits me perfectly. It’s sh—y, totally chemical, but after 15 minutes it’s good. I’ve worn it since I was old enough to sleep with girls. I tried to wear the Pour Homme by Van Cleef & Arpels because [Serge] Gainsbourg wore it, but it didn’t work for me. From time to time I’ve switched to Tom Ford Noir, he has some dense, virile scents that I like.

WWD: Tell us about your relationship with Karl Lagerfeld.
O.Z.: Karl was the one who made me go back to photography in around 2005. He was buying these little digital cameras at the time, Sony Cyber-shots, a little pocket-size, flat, digital camera. He had a pile of them on his table and said: “Take this, if you’ll use it.” We had this long discussion about photography and I said, “Karl how can you want to be a photographer when you were friends with Helmut Newton because, me, I have Juergen Teller in my generation and I haven’t been able to do photography since I’ve known him, because he’s the best.” And he said: “Olivier, shut up. You don’t understand, photography is not about getting the right picture, it’s about documenting your everyday life. Remember [Andy] Warhol, do you think he was a good photographer? He always had a camera on him. Do like Warhol, do like me: Don’t let a day go by without taking a picture.”

WWD: What’s the future of Purple?
O.Z.: Over my vacation, I was asking myself, what is the next step? The idea for this issue was to do something very luxurious and expensive in print, and for social media — which costs nothing — we communicate with the kids who don’t spend money on magazines. This positioning works today, but it’s too schizophrenic. There are so many possibilities around what a magazine should be today. I still believe in the printed object because, for me, print is memory. This is my main message for this 25th anniversary issue.

With Purple, there will always be a printed aspect. But I can’t go back to the hardcore fanzine publication that I did in the Nineties because I will lose all my advertisers. A printed publication is about memory, it’s about history, it’s about what you record. For me, the Internet is the opposite of memory; the Internet is amnesia, it’s about today and tomorrow is another day. Printed issues are about recording time, leaving a trace and making it relevant.