Lady Elizabeth Anson, a cousin of Queen Elizabeth, is helping to organize the royal wedding festivities — and marveling at her own composure. 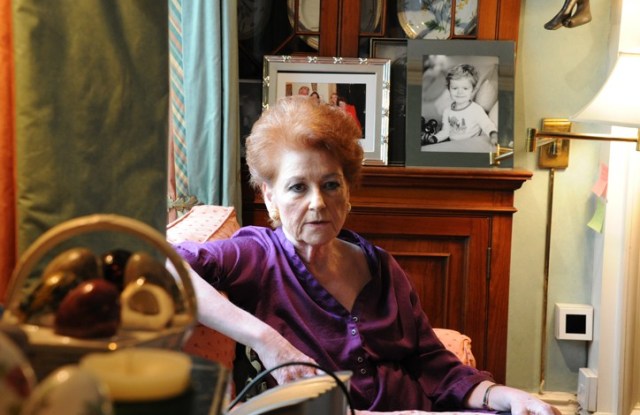 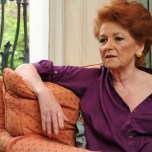 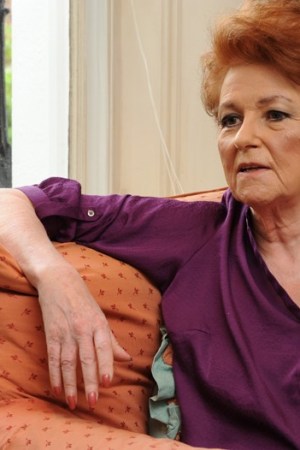 LONDON — Lady Elizabeth Anson, Britain’s doyenne of party planning and a cousin of Queen Elizabeth, is helping to organize the royal wedding festivities — and marveling at her own composure. “At the moment I don’t know how I’m sitting here, calmly talking to you — I really don’t — when we’re one week away from whatever we’re doing,” she says shutting her eyes briefly — for dramatic effect — from the cozy family room of her Notting Hill home. Then again, this has been her life for the past 50 years. “If the stress got to me, I wouldn’t be alive. I would have died at 21,” says the chatty and charming Anson who turns 70 this summer.

It’s safe to say Anson knows her way around a marquee: Earlier this year, she marked the 50th anniversary of her London-based company, Party Planners, with a celebration at St. James’s Palace, and has organized parties including the wedding of Prince Pavlos and Princess Marie-Chantal of Greece, the double birthday bash for Freddie and Ella Windsor and the Queen’s 80th birthday party at The Ritz in London. Past clients include Valentino, Bill Clinton, Donald Trump, Sting and Mick Jagger.

Anson founded her business when she was 18, and her approach has remained the same: “You have to really look on these things as military operations. You have to attack — in your own mind. You don’t let the client know, because they don’t understand that,” she says. Here, Anson talks about the dark ages of catering; why Buckingham Palace beats every other party venue; and why the royal wedding, in so many ways, is just another family affair.

WWD: Tell us about your early career. What was party planning all about in the Sixties?
Lady Elizabeth Anson: I had organized my own debutante ball at the Danish Embassy — my stepfather was a diplomat. And I later thought: “There must be a market for this.” My first client was a lady who lived in a wonderful house in Hampstead. I did a debutante party for her daughter. There were 300 people and a marquee, and it all went absolutely swimmingly. My stepfather strongly opposed [my choice of work] because he thought I had a fairly good brain, and he felt I should have been in the foreign office. But I sort of knew I had arrived two years later when he asked me to organize the military attachés’ ball in Claridge’s. You know when you’ve arrived when your family employ you.

WWD: You are related to the Queen, your godfather was King George VI. Did that help or hinder your early career?
E.A.: Because we don’t have press like we do now, nobody knew I was a cousin of the Queen. And she’s got lots of cousins anyway — poor lady — I’m not the only one! Nobody knew that the Queen Mother was my great-aunt. There was not that side of it at all. And I was brought up never to talk to the press. Also, I think people thought my business was a hobby. I had no idea it was going to turn into what it turned into. In the beginning, my living was made on embassy and debutante parties.

WWD: What’s been the most memorable event you’ve organized over the past 50 years?
E.A.: I suppose the biggest and most challenging thing was when I did the King of Greece’s son’s wedding [Prince Pavlos and Marie-Chantal Miller] because the numbers were so huge. We were, I think, 1,500 for the ball two days before and 1,700 for the wedding lunch, plus security and logistics. I was doing this with absolutely no help from a palace because the Greek royals are living in exile here. The Queen [Elizabeth] very kindly lent me a British policeman to help. We had to work with the fire brigade, the ambulances, and all the services like that. What was lovely about Robert Miller was that he let me give a party — about a week later — for all these people who had helped me.

WWD: How do you stay current — and competitive — after all these years?
E.A.: Every few months or years there are new florists, caterers, bands — everything. I give trial lunches here at home, and I invite 10 discerning people. I have a new caterer, florist, wine merchant or some form of entertainment come. I am constantly trying out new people. I also have much younger people in the office. The oldest person in my office is 26 years old.

WWD: What are the biggest changes you’ve seen since you started the business?
E.A.: When I began, everything was very simple. People thought it was a miracle that you could cater for a hundred, out of a tent, in the middle of a field. The meal was probably a cold fishy mousse, my ‘mucked-up’ chicken and rice — and fruit salad. There were no deep freezes, no discothèque, no hair lacquer and none of the bands were amplified.

WWD: Tell me about some of the other changes you’ve witnessed.
E.A.: The big divide is music, the young music and the old music. One of the things that I really would not mind at all if I never heard it again is listening to heavy metal at three o’clock in the morning. When my generation danced we talked to each other — it was joined-up dancing. Now, girls get up and dance alone or with each other. And the food! In the past, you’d have temporary kitchens, and the whole thing was fueled by a can of gas. And the power was weak. You can now put a 5-star Michelin kitchen into a tent. Everything is possible. I remember somebody thinking I was absolutely amazing because we had a dinner for 250 people and we did 250 roast partridges.

WWD: What about the way people drink?
E.A.: Young people today drink about 10 times more than in the past — but I don’t think you’ll find them doing that next week.

WWD: Speaking of next week, would you say the royal wedding is going to be more of a family wedding than an official occasion?
E.A.: Yes. Every wedding always has to have quite a lot of family — and some relations that you don’t particularly well get on with. And there are duties to people. And there are people from your work, and all sorts of things. There are duties you have and it’s an amazing, diverse mixture of people. This wedding is no different. They’re all in the same position.

WWD: How much of a role did William and Kate play in the planning?
E.A.: First of all, they are probably the only couple that has actually been to weddings together, in the royal family, with the exception perhaps of Sophie Rhys-Jones and Prince Edward. The rest of them just would not have been to a wedding together. They’ve been to loads of weddings together, and have very much their own ideas. This wedding is all of what they want, all of their choices, and they have gone through every detail.

WWD: So does Buckingham Palace trump every other wedding venue?
E.A.: Buckingham Palace is like theatre. Flowers get lost in it quite often. You need never feel lonely in the palace because you just go around and you actually look at the Van Goghs, the Chippendales. You can just walk through the rooms and gaze. And everything works. They are their own well-oiled machine. They do diplomatic receptions for 1,500 people.

WWD: What other big events do you have coming up this spring and summer?
E.A.: You won’t believe what I’m doing the day after the wedding! I’m doing an 80th birthday party for a Nigerian chief — for 600 Nigerians — in Grosvenor House. I’m doing an African carnival down the great steps of Grosvenor House. I am going to be on my knees. You can hear that my voice has already started to go. I tried to persuade them not to choose that particular date. Don’t speak to me about exhaustion — it frightens me. My mind is though I’m still 18, but I have to admit that my body doesn’t work in the same way.