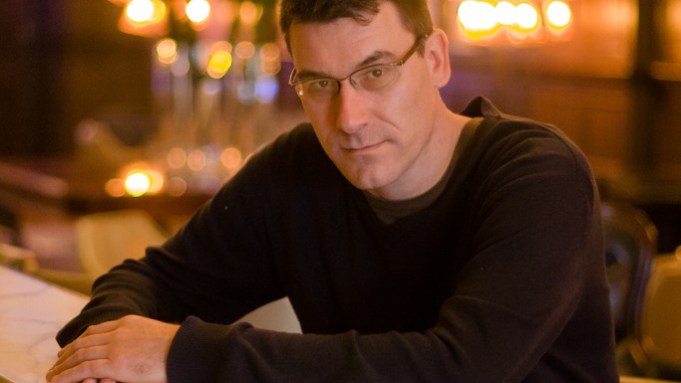 British-born business consultant and writer Paul French is known as something of an expert on Shanghai, the city he has made his home for many years. So it is something of a surprise that his latest book, a non-fiction murder mystery about a young British woman named Pamela Werner slain in pre-war China, takes place in Beijing, formerly known as Peking.

“Midnight in Peking” (Penguin/On sale April 24th wherever books are sold) was originally sold to its publishers as an unsolved murder mystery that captivated the city as the Japanese closed in on the Chinese capital in the early months of 1937. It became something else entirely with the unexpected discovery of a private investigation undertaken by the young woman’s father, the final results of which, French believes, uncover the true identity of those responsible for this 75-year-old murder.

WWD caught up with French in Shanghai’s historic Long Bar, a famous location of Thirties expatriate decadence, in order to find out about the new book, creativity born from chaos and plans for a future television series.

WWD: Many people would know you as the founder and director of Access Asia.
Paul French: Yes, it’s now part of Mintel [Group Ltd]; we sold it last year.

WWD: So writing books is your main focus now?
P.F.: It used to be just something I did in my spare time, on weekends and everything. But since I sold Access Asia, I’ve been able to take a bit of a step back there, and it’s worked perfectly for me.

WWD: Tell me about the process of writing this book and how you first came across the story of Pamela Werner?
P.F.: When I first came across it, I didn’t know I was going to be able to solve it. I just read it as a footnote in a rather dry academic book and thought: It’s a 19-year-old English girl who was murdered, and there was a hint of sex and a whiff of opium, which is always good.

I like stories about the heyday right at the end of something: There’s that moment where you know the end is coming — you know the crash from civilization into barbarism is about to happen — and there’s this massive outpouring of art and culture and partying and libertinism, and everyone’s moral compass gets a bit out of whack. We saw that here in the Thirties. All of this is going on and at the same time, everyone knows it’s about to come crashing down very, very badly.

WWD: That kind of uncertainty tends to make people do things they wouldn’t normally do.
P.F.: It ratchets up tension and heightens everything. People are very much living in the moment, and it’s amazing how many people do stupid or very creative things right at that moment when the world is about to dramatically change.

Some people come to symbolize that moment, and I think Pamela was one of those people at the time, although her story has largely been forgotten since. At the time she was an innocent young woman who was murdered, mutilated and dumped on a piece of wasteland, and that really became a symbol of the fear that the whole city was feeling. I guess the feeling was that if it’s not possible to solve the murder of that one, innocent young girl, how the hell are we going to stop this whole descent into madness?

WWD: At what point did it become apparent that you might be able to solve the mystery of this young woman’s murder?
P.F.: I was in the National Archive in London, just going through boxes of papers relating to the British policeman involved in the investigation. Going through this box, I turned the page and out of the corner of my eye, I saw the word “Werner,” and I realized there was this 150-page document there. Mr. Werner had conducted his own investigation using his own resources. I cross-referenced his information with the newspaper reports from the time, the police reports, the autopsy report, memoirs people had written and interviews with five or six people who are still alive and had known Pamela at the time, and I think he nailed it. The problem was that he sent the results of his investigation in 1941, and it didn’t get to London until 1943, when London had quite a bit on its plate. It got shoved in a box and just got forgotten.

WWD: I read the book thinking about living in China as an expat in the Thirties compared to today. Is that something you were interested in exploring in the book?
P.F.: I would argue that things generally are less interesting now and the stakes are so much less. I think as well there is a certain thing, then as now, when you come out as an expatriate you sort of lose your moral compass. People had a lot of money and a lot of power; I think foreigners here, to a certain extent, still feel above the law. Perhaps they think they can get away with stuff here that they couldn’t elsewhere. The other great thing is reinvention — a lot of that goes on here.

WWD: What’s next for you?
P.F.: I wasn’t looking for Pamela; she sort of found me. I’ve been a Shanghai guy for 26 years now, and I was going to do the big Shanghai book about the white gangs of Shanghai and the casinos and badlands of Shanghai. I stopped because I became obsessed with the Pamela story, but now I’m back working on the Shanghai book.

I will also be at the London book fair in mid-April, where we will reveal a television series of “Midnight in Peking.” It will be a kind of “Boardwalk Empire”-style commitment from the TV company, which is British and has three letters in its name.