Bériot discusses the construction of the bespoke looks for the sci-fi action film. 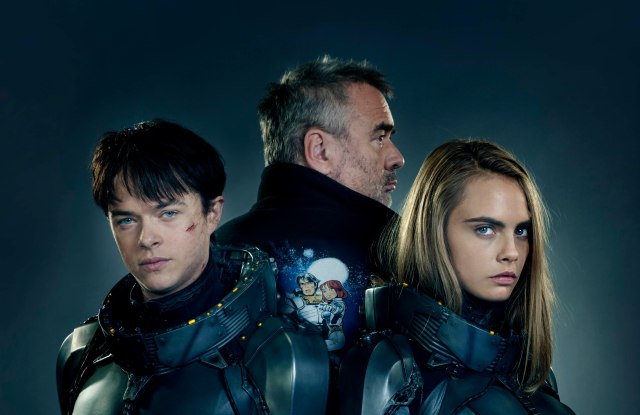 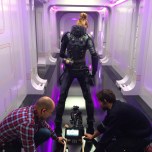 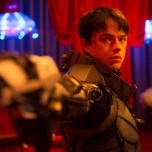 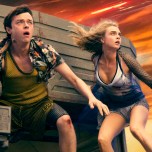 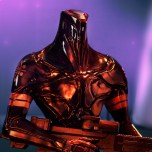 Olivier Bériot says he’s never created so many costumes for one feature movie as “Valerian and the City of a Thousand Planets,” whose cast includes Cara Delevingne, Rihanna, Clive Owen and Ethan Hawke. The French costume maven, whose credits include “Taken 3” and “The Family,” has also created looks for “From Paris with Love.” Here, he discusses the construction of the bespoke looks for the sci-fi action film.

WWD: What was the inspiration behind the costumes?
Olivier Bériot: We started with drawings from the comic books. It was always the starting point. There’s a very strong Seventies inspiration. We prepped with a team of designers and this concept designer worked with us at first as the costume department.

WWD: How did you dress Cara Delevingne’s character?
O.B.: For Cara’s character, there are four outfits for her. For the first one, we play with the cliché of what a tourist could be. She is a young tourist girl that’s going somewhere with her boyfriend. The second outfit is like a military costume that she wears when she has a meeting with her superior. The third outfit is a space suit, which is the main outfit of the movie. There’s a funny one that’s a wedding dress, you can see it in the trailer I think, because she’s offered as a present to a king by two aliens and they dress her in a sort of wedding dress. It’s a funny part of the movie. The last costume is again the space suit but destroyed, nothing more. We built everything. We started with the drawings and there’s only a black two-piece La Perla swimsuit that we use at one moment. Everything else was bespoke.

WWD: And Rihanna?
O.B.: Rihanna’s character is an alien who can change her volume and appearance in just one second. At one moment this alien works at a cabaret. She’s a dancer who changes her body in one second through each movement of the dance. So we played with the iconic cabaret dancer look that you can see in a strip club or things like that. You have the nurse, the cat woman and the very sexy woman. The cabaret woman that references the movie “Cabaret.” She’s an alien so it’s all CGI effects, and at the last moment of her character she wears a Nefertiti outfit. It’s a tribute to the love for Egyptian mythology — even with her tattoos — so we play with that. We built everything. It was only the nurse outfit which was made by a designer, Atsuko Kudo. She’s in London and does latex. We designed the outfit but she specializes in doing very eccentric, sexy latex outfits. She’s very funny, very elegant, very chic.

WWD: How did you shape the wardrobes of some of the other stars?
O.B.: For Ethan Hawke, our inspiration was the look of the drugged-out war correspondent Dennis Hopper in Coppola’s film “Apocalypse Now.” It was a funny inspiration for that guy at the entrance of the cabaret where there’s an alien strip dancer — who’s Rihanna. For Clive [Owen] we also built the costume. We had a workshop of eighty people and we built costumes during nine months for the majority of the characters. There’s a few items we shopped for but we did a major part of the work.

WWD: How much did the cast get involved in the wardrobes?
O.B.: In this sort of movie, not a lot. In contemporary movies, I talk with actors and give them advice and notes about the shape of dress or skirt they’d love to wear. But in this movie, because we started with drawings, during the first meeting we showed the drawings to the characters and they said OK. That’s why it’s comfortable, in a way. Of course, Cara was an inspiration during the fittings because she gives off something very young and funny and British, and we played with that. That was between the director and her as to what I brought to the fittings, not much more than that. As it is sci-fi, people aren’t blocked in one shape, they’re ready to wear everything, they think, “It’s sci-fi so why not, it’s the future.”

WWD: Was there a costume or look in particular that stood out?
O.B.: The two space suits, because I’m happy with the shape, I really tried to keep the waistline for each of them very fitted. The suit is super thin. It’s a thin Neoprene with glue on the Lycra. It’s a costume that doesn’t make any noise so it’s very practical for them to wear.

WWD: How do you compare working on this movie to other past projects?
O.B.: It was very exciting. It was more than just having a workshop with people who are sewing on materials and things like that. I also had to manage sculptures and elastomer. I had to work with the people doing electricity and the ones doing 3-D printing for the helmets. My department was not only sewing stuff but there were people who normally come from the set department, like accessories. Which is why it was so interesting, because suddenly my crew was much bigger with people I’m not used to working with normally, like sculptors.