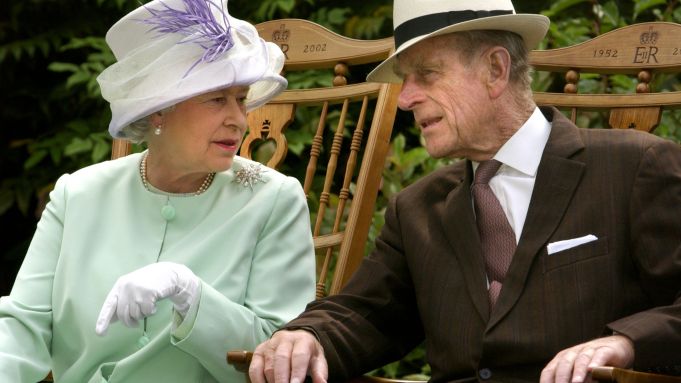 The queen died in her Platinum Jubilee year, which Britain and countries worldwide have been marking with events that culminated with a four-day weekend of festivities in early June.

Due to ill health, she didn’t attend all of those events, but she charmed the nation, not for the first time, by appearing in a pre-recorded comedy sketch with Paddington Bear, played by Ben Whishaw.

She revealed that she always carries a spare marmalade sandwich in her Launer handbag, just in case she gets hungry.

Buckingham Palace released a statement from King Charles III saying: “The death of my beloved mother, Her Majesty the Queen, is a moment of the greatest sadness for me and all members of my family. We mourn profoundly the passing of a cherished sovereign and a much-loved mother.

“I know her loss will be deeply felt throughout the country, the Realms and the Commonwealth, and by countless people around the world. During this period of mourning and change, my family and I will be comforted and sustained by our knowledge of the respect and deep affection in which the queen was so widely held.”

The newly elected British Prime Minister Liz Truss, whose appointment was approved on Tuesday by the queen, gave a speech outside Downing Street saying, “Queen Elizabeth II was the rock on which modern Britain was built. Our country has grown and flourished under her reign. Britain is the great country it is today because of her; she ascended the throne just after the Second World War. She championed the development of the Commonwealth, from a small group of seven countries, to a family of 56 nations, spanning every continent of the world.

“She has been a personal inspiration to me, and to many Britons, her devotion to duty is an example to us all. Earlier this week, at 96, she remained determined to carry out her duties as she appointed me as her 15th prime minister.

“Today, the crown passes, as it has done for more than one-thousand years, to our new monarch, our new head of state, His Majesty, King Charles III.

“And with the passing of the second Elizabethan age, we usher in a new era in the magnificent history of our great country, exactly as her majesty would have wished by saying the words ‘God save the king.'”

Her reign spanned the Cold War; the dark days of the English miners’ strikes in the ’70s; the “Big Bang” birth of London as a world financial center in the ’80s; the dissolution of the Soviet Union; Britain’s exit from the European Union, and the COVID-19 pandemic, during which she addressed the nation multiple times, urging her subjects to keep up their spirits in hard times.

As head of state, she worked with 14 prime ministers, including Winston Churchill (her first); Margaret Thatcher (her longest serving); Tony Blair, and latterly Boris Johnson. Only this week, she asked Truss to form a government, but later pulled out of a Zoom meeting with government ministers on the advice of her doctors.

She reigned through the cultural shifts brought on by the Swinging ’60s and The Beatles even wrote a song, “Her Majesty,” about her. An enduring symbol of British style, character and tradition, she was a pop culture icon, too, appearing as a character in “The Simpsons,” and alongside Daniel Craig in a comedy sketch directed by Danny Boyle during the London Olympic Games in 2012.

She’s been played by Helen Mirren in the 2006 Stephen Frears film, “The Queen,” and will have been played by four actresses — Verity Russell, Claire Foy, Olivia Colman and Imelda Staunton in “The Crown,” on Netflix.

All of them channeled her distinctive style, which included lots of bright color, and family heirloom jewelry, in particular the three-strand pearl necklace given to her by her father, King George VI.

“Her clothes, as a rule, are distinctive rather than innovative. They make her appear steady and bright and ever-easy to spot in a crowd — an essential part of her role. Her clothes need to ensure she’s the bright, visible spark in whatever room she’s in,” said Susanna Cordner, archives manager at London College of Fashion, University of the Arts London, in an interview with WWD earlier this year.

The queen has been snapped by photographers ranging from Cecil Beaton and Patrick Lichfield to Annie Leibovitz, David Bailey, Nick Knight and Mary McCartney. Andy Warhol painted her, as did Lucian Freud, Chris Levine and George Condo, among many others.

Although she has weathered many storms over the past seven decades, including her children’s very public marital problems and the death of Diana, Princess of Wales 25 years ago, the last few years of her life have been particularly difficult.

She was hospitalized last fall after suffering a sprain in her back, a few months after her husband, Prince Philip, died aged 99. The sprain led to a series of mobility problems since the end of last year, and she had begun using a cane in public. She smiled through it all, despite looking increasingly frail.

She also dealt with her son Prince Andrew’s involvement in the Jeffrey Epstein scandal, asking him to step away from royal duties. He has since settled a civil lawsuit in the U.S.

The queen also waved goodbye to Meghan Markle and Prince Harry, who renounced their royal duties and moved to America, and was forced to address their accusations of racism within the royal family.

She was graceful through it all: In bidding farewell to the couple, she said they would always be “much loved members of my family,” and her hope was for them to “start building a happy and peaceful new life.”

No matter the crisis, she refused to retire and hand the throne to her heir, Prince Charles. Although her health was in decline and she chose to skip many public engagements, she continued to work and attend public events when she could.

Her commitment, sense of duty and enthusiasm for the job never dimmed.

On her 21st birthday in 1947, having lived through the scandal of her uncle, King Edward VIII’s, abdication, the-then Princess Elizabeth vowed to serve her future subjects until the day she died.

“I declare before you all that my whole life, whether it be long or short, shall be devoted to your service,” and has lived by it, even as fellow monarchs in Europe abdicated in favor of younger generations.

According to a recent YouGov poll, she was the most popular public figure in Britain, followed by former U.S. Barack Obama and Martin Luther King Jr.

On Thursday evening, leaders from around the world paid their respects to the late monarch.

French president Emmanuel Macron said Queen Elizabeth “embodied the British nation’s continuity and unity for over 70 years. I remember her as a friend of France, a kind-hearted queen who has left a lasting impression on her country and her century.”

Paris Mayor Anne Hidalgo announced on Twitter that the Eiffel Tower would go dark on Thursday in tribute to her.

U.S. President Joe Biden said the queen “was more than a monarch. She defined an era. In a world of constant change, she was a steadying presence and a source of comfort and pride for generations of Britons, including many who have never known their country without her.”

American flags will remain at half-staff at the White House and other federal buildings until her funeral in 10 days’ time.

German leader Olaf Scholz recalled the queen’s role in mending Europe’s walls after World War II. “She was a role model and inspiration for millions.…Her commitment to German-British reconciliation after the horrors of World War II will remain unforgotten. She will be missed, not least her wonderful humor.”

Paddington Bear’s official Twitter account posted the message: “Thank you Ma’am, for everything,” echoing what he said during the skit in June.