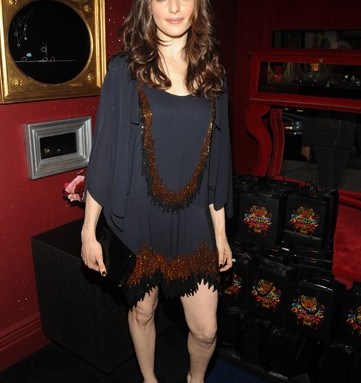 The new Solange Azagury-Partridge store was packed with revelers and friends of the jewelry designer. It seemed more like a nightclub, complete with thumping music. “I love to go clubbing but I never get to go out,” explained Azagury-Partridge of the store, which had a ceiling set with lights in the form of constellations and a rainbow rug.

There to fete her were Rachel Weisz and Yasmin and Simon Le Bon. “One of the first and only things he ever got me was this ring,” said Le Bon, showing off a ruby flower. “Of course, I think I took it back and said, ‘Can you make it in rubies?’”

Afterwards a small group including the Le Bons, Weisz, Erin O’Connor and Brian Atwood went over to Bemelmans for cocktails and snacks. The lights went down and everyone started dancing, much to the amusement of the bartenders.