After trying modeling and acting, the daughter of former model Paul Qualley and actress Andie MacDowell finally found her place in music. 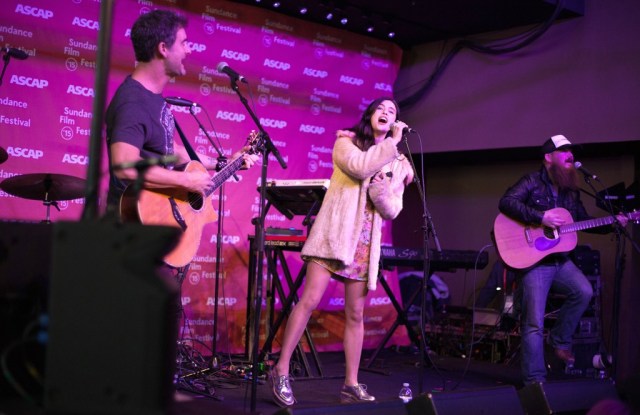 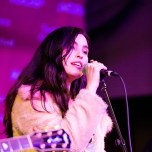 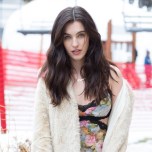 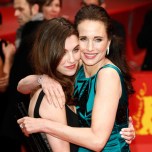 On a recent evening in Park City, Utah, Rainey Qualley takes the stage at the 17th annual Sundance ASCAP Music Café during the city’s film festival.

She wears a coquettish Nasty Gal floral slip dress and faux fur coat and breaks into a catchy, country-tinged ditty called “Turn Me on Like the Radio.” Taking in the show from the front row is her beaming mother, actress Andie MacDowell.

Like many Hollywood spawn before her, the 24-year-old daughter of the “Four Weddings and a Funeral” star and former model Paul Qualley is going into the entertainment business. She’s doing it not as an actress, but as a full-time singer-songwriter.

“I couldn’t ask for a better mom, you know,” she says. “But I do think that people automatically assume any success I gain is due to what my mother has done, so I think I really do yearn for the validation a little bit.”

After growing up in Asheville, N.C., Qualley went through the rites of passage usually reserved for the children of famous parents. There was the modeling period — she was Miss Golden Globe in 2012 — but it wasn’t the right fit. “I’m only 5’7” so I’m not really the model type,” she says. She did the acting thing, making her screen debut in “Mighty Fine,” an indie opposite her mother.

Eventually, she found her calling in music, an interest she picked up as a teenager.

“With music, I really did make all these connections on my own. I feel pretty good about my voice and my songs so hopefully whenever people hear them, they’ll be like, ‘She’s good,’” she says. After periods in New York and Los Angeles, she moved to Nashville last summer and found a city that appealed to her sensibilities.

“I love the Carolinas. I think that’s probably partially why I love country music.  Growing up in the Appalachians, that’s definitely a sound that’s in my ear and in my heart,” she says, name-checking Loretta Lynn and Patsy Cline as some of her influences. “I think it’s very easy for me to write love songs because I’m a young girl and I think I fall in love pretty easy.” Her latest crush? “I’m, like, absolutely obsessed with Hozier. I saw him in Nashville a couple months ago and I already liked his songs, but then seeing him in person, like, I totally fell in love with him.”

Though in Nashville, she only knew the “older guys” who serve as her writing partners, John Ramey and Jeffrey East, she’s found kindred spirits in her daily songwriting appointments around town.

“Everyone’s so eager to write together,” she says. The city’s penchant for vintage clothing has made an impact on her wardrobe, too. “I have, like, three different faux fur coats that I’ve been wearing the hell out of the last few months.”

After she wraps up a radio tour next month, Qualley plans to release an EP and an album later this year, plus more tour dates. For the moment, she’s enjoying the simple pleasures of the budding chanteuse on the road.

“One of my favorite moments so far was the very first station we went to. We got to sing live on the radio and then they played my single afterwards, and there’s a video [of me] on my Instagram freaking out listening to my song on the radio,” she says. “Basically, just any opportunity to sing, I love.”