Rankin Teams With Southbank Centre on ‘Let the Light in’ Campaign

Joanna Lumley, Grayson Perry and Philippa Perry are featured in the fund-raising effort. 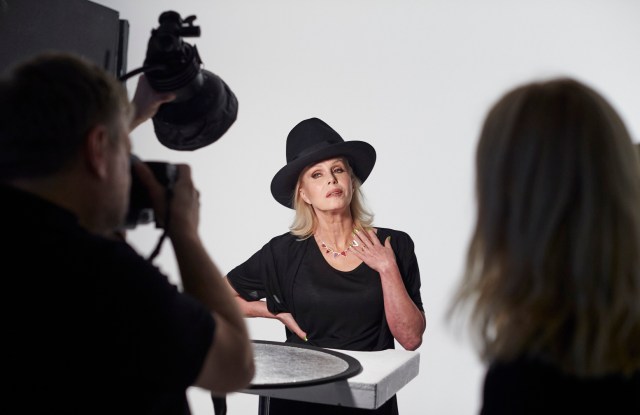 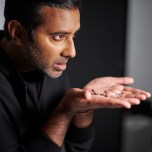 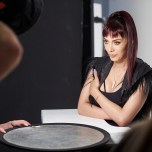 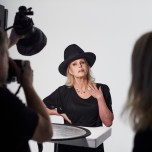 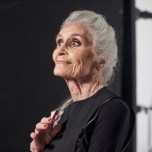 ALL LIT UP: London’s Southbank Centre has tapped Rankin for its latest campaign, “Let the Light in,” which is raising money for refurbishment across the South London cultural institution. The refurbishment is aimed at letting the light in — literally — and will entail replacing the pyramid roof lights in the Hayward Gallery to allow natural light in all the upper galleries, as well as restoring the original Sixties Brutalist architecture.

To promote the cause a series of personalities from the arts world, from Ab Fab actress Joanna Lumley to Grayson Perry, have been photographed by Rankin wearing jewelry exclusively created by up-and-coming British designers, such as Tatty Devine, Wolf & Moon and Maria Allen, for the Southbank. The pieces draw inspiration from the architecture of the Hayward Gallery (located within Southbank), and will be sold there with proceeds going towards raising money for the refurbishment. An exhibition featuring the portraits taken by Rankin for the project is also planned for the beginning of December.

The project took shape during a two-day shoot at Rankin’s studio in north London, with participants whizzing in and out to have their portrait taken. The British photographer worked at lightning speed in a bid to draw out his subjects’ best assets.

British actress Nikki Amuka-Bird, who has recently finished working on a film adaptation of Zadie Smith’s book “NW,” described the experience as “a little nerve-wracking because the whole place is very cool, everyone is extremely stylish around here. But…when the actual photo shoot starts. you become so relaxed, it takes five seconds, and Rankin makes you feel that during those five seconds everything you do is great.”

Rankin said it’s easier for him to work with interesting personalities.

“The more unique a personality is, the easier it is to tap into them because there’s a confidence in being outwardly unusual or different that makes them know who they are in a picture. When Joanna [Lumley] says she is going to wear a hat, you’re just like, ‘Yeah go for it,'” said Rankin, referring to the black top hat that Lumley chose to wear along with a necklace by Tatty Devine with iridescent perspex pieces reflecting the light.

“My hat looks a little like the one that lovely boy wore for the ‘Happy’ song,” said Lumley, referring to Pharell. She added that she is working on another film called “Finding Your Feet” and a documentary, which will see her traveling across India.

“This is about me looking nice in a picture and wearing a sweet little piece of jewelry; it’s slightly mirrored too, so you can lean in and check your lipstick in it,” said the actress. Lumley used to work as a governor for the Southbank, and said she always felt strongly about the need to maintain the Hayward Gallery’s roof.

“It must have been about 20 years ago. When I was governor I would tell them that we should be climbing up there and cleaning those bloody pyramids of dust, they were just filthy. I would have cleaned them every week, but they are doing it now which is great.”

The entire concept of the shoot was about a pared-down aesthetic — everyone was asked to wear black and put on natural makeup — in order to show off the jewelry and bring out each subject’s colorful personality.

“Jewelry always looks more interesting when it feels like someone real is wearing it and not just posing in it,” said Rankin. “I just love photographing things that make me feel good and jewelry, beauty, makeup are much more about the person expressing themselves through something quite small. The picture becomes more of a portrait and that always attracts me.”

Rankin has also recently extended his collaborative projects beyond photography, launching a perfume called S&X with Azzi Glasser and he plans on working on more such projects, makeup being one of the areas that interests him the most.

“The perfume was about me dipping my toes into this other world, but there are other things that one hundred percent excite me. Scent is always something that I loved, I’m also a candle freak and I love beauty. I really couldn’t be having more fun, I really love anything around self-expression,” said Rankin.

Fun was the word during the shooting of the “Let the Light in” campaign, as Rankin didn’t shy away from an inappropriate joke — or 10 — to make his subjects feel at ease.

“Give me a roar! Now shout sex,” he told Sue Kreitzman, Daphne Selfe and Bridget Sojourner — the subjects of the documentary “Fabulous Fashionistas” that explores style at an older age — while they were taking their group shot. Known for their flamboyant style, all three seemed to have a few reservations about dressing in black and wearing dainty jewelry.

Other personalities who took part in the campaign include Oscar-winning costume designer Jenny Beavan, transgender rights activist Paris Lees and Grayson Perry, who wore one of the most popular pieces of the range, a colorful necklace embellished with light bulbs. Rankin also took a portrait of himself for the series, wearing a cowboy hat and a silver necklace.

Prices for the jewelry range between 20 pounds, or $24, and 80 pounds, or $98, and the portraits taken by Rankin will be showcased as part of a pop-up exhibition that will run from Dec. 8 for two weeks.