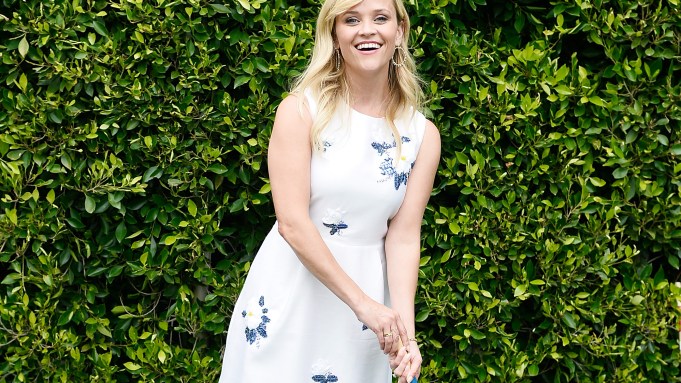 Reese Witherspoon ladled on her Southern charm to host a luncheon in L.A. with Porter magazine’s Lucy Yeomans on Tuesday to celebrate the launch of Draper James on the e-tailer. As Jennifer Garner, Molly Sims, Camilla Alves, Rachel Zoe, Ali Larter and more noshed on friend chicken, strawberry shortcake and sweet tea, the Oscar winner took five to chat with WWD about why Southern women look so good and her latest Hollywood projects.

WWD: Why was getting on Net-a-porter so important to you?
Reese Witherspoon: The global reach is so important. I believe the world is a small place now — we need to be reaching out to all our customers. I think everyone wants a story to be told. I’m telling a story about the American South, which is where I grew up, and the story of my grandmother, who taught me about fashion, getting your hair done and also presenting your best self to the world. We are out there to celebrate those moments that are maybe forgotten, like the baby shower, the wedding party, the garden party. Sometimes you just want to look pretty.

WWD: Why do Southern women always seem to go the extra distance?
R.W.: We’re taught from a very young age to do our hair. Also that color makes you happy. Putting your best self forward but also not taking yourself too seriously. Having fun with fashion. I love the idea that fashion doesn’t have to be about New York or Los Angeles. It’s this whole wide range of people all over our country that are just enjoying fashion and want to see themselves reflected in the media and in the fashion that’s created.

WWD: Even this beautiful house looks Southern.
R.W.: It belongs to my friend Benton Weinstock. She’s from Arkansas. I have my girls from the South who live in Los Angeles that I call my Southern mafia. We are always doing Kentucky Derby parties or having Christmas parties where we all sing carols. It’s really nice to have a bunch of friends here from the South. And it’s nice in the middle of the day, some lunch.

WWD: What’s your next Hollywood project?
R.W.: We have Liane Moriarty’s next book called “Truly Madly Guilty” that we are turning into a miniseries. I have a movie that I am producing with Fox Searchlight called “Something in the Water.” And I just bought a new book for the fall that I can’t say what it is but it’s amazing, that we are going to turn into a miniseries.

WWD: How do you choose your projects?
R.W.: I’m just always trying to see women where they are. To create content for women that can be seen on mobile devices or laptops or digital. I want to make premium content available to women all over the world and I want to talk about the woman who doesn’t have a voice, the women who aren’t necessarily seen on film. So I’m really putting forth that effort for multigenerational, multicultural, really trying to encourage female filmmakers. My last two movies were directed by women. When you become conscious of it being a long time in the business, you are like, “I’m going to purposely seek these people out and encourage them to have a voice and I’m going to fight for them within the system that’s pushing against them.” I do a lot of carrying-the-baton meetings where I’m like, “You guys have to hire her, she’s amazing.”