Rosita Missoni talks to WWD about Ottavio Missoni as documentaries and an art exhibition mark the day he would have turned 100 this year.

MILAN — Ottavio Missoni was generally known by his nickname Tai, but his athletic prowess generated another moniker: “Son of Apollus.”

“Running was a natural gift, as was his innate elegance — on and off the track,” mused his wife Rosita Missoni. Tai Missoni died in 2013 at age 92 and today would have been his 100th birthday.

This anniversary is remembered not only by his family, friends and the fashion industry, but also through an art exhibition at the MA*GA museum in Gallarate, Italy, and two documentaries: “Ottavio Missoni 100” on Sky Sport and “Being Missoni” on Sky Arte. The programming points to Tai Missoni’s legacy as he founded the Missoni fashion brand with Rosita, but he was an artist and an athlete at heart.

“We really wanted to celebrate this anniversary, it’s an opportunity to remember all that he has done,” said Rosita Missoni. “He was a unique man — from his prison days in Africa to becoming a champion athlete, he lived different lives.” In addition, in September, an exhibition will be staged in Venice dedicated to both Tai and Rosita Missoni, who also marks quite a milestone this year, turning 90 on Nov. 20.

Tai Missoni was born in 1921 in Ragusa, Italy, on the Dalmatian coast, to Teresa de Vidovich, countess of Capocesto and Ragosniza, and Vittorio Missoni, a sea captain. He made the Italian national team when he was 16, and at the time of his death still held the national 400-meter record for a 16-year-old. By 1942, he was already a track star, but he suffered in World War II, fighting at El Alamein and being held by the British as a prisoner of war in Egypt for four years.

“He had such a sense of humor. When he spoke of his captivity, he used to say that he was a guest of His Royal Highness for four years,” Rosita said. She admitted that as a successful athlete he did have some privileges as a prisoner, and that he educated himself by reading “all that he could find. He never was a model student but he shaped his education during those years as a prisoner.”

Running also led to him meeting in 1948 his lifelong partner, then Rosita Jelmini, when he was competing in the London Olympics. She was on an English language course chaperoned by the Swiss Sisters of the Holy Cross. “After visiting castles and museums, the nuns concurred that a trip to Wembley [where the Olympics were held] was a must,” she recalled. “That’s when I saw Tai; he passed right alongside me, and I couldn’t help but notice how good looking and athletic he was. And I predicted he would win because he was racing with the number 331 on his sports bib and seven [adding the digits] had always been my lucky number.” (Tai Missoni competed at the Olympics in the 400-meter hurdles, where he won his quarterfinal and would finish sixth in the final, and in the 4×400 meter relay, where the team did not finish.) 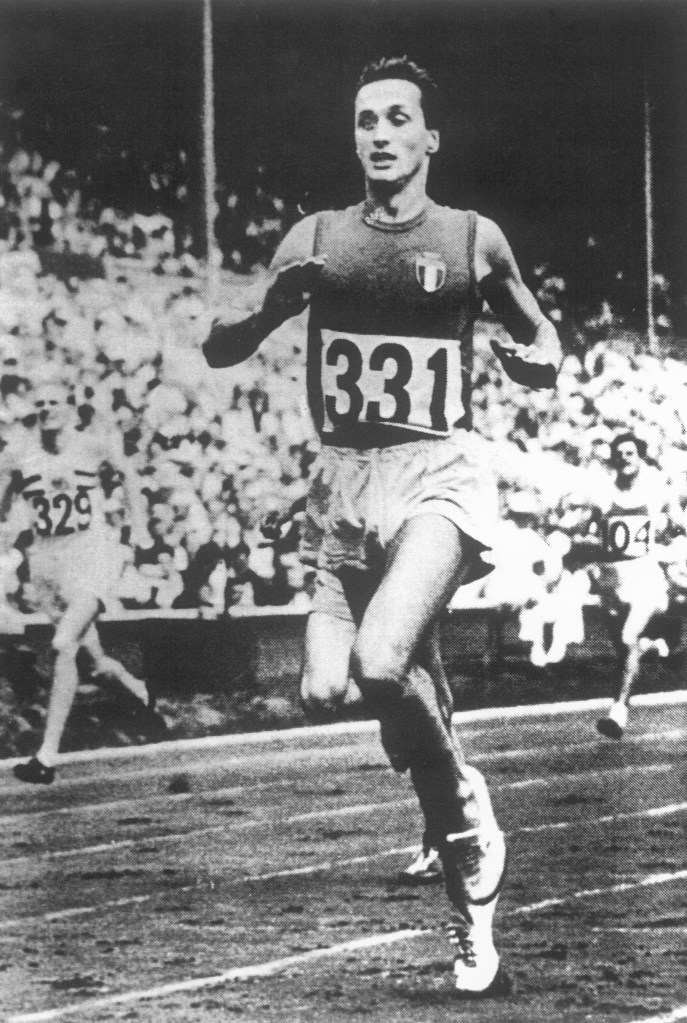 Ottavio Missoni at the 1948 Summer Olympics in London.  courtesy image

While older than Rosita, Tai charmed her with his wit and charisma. “He was exceptionally simpatico,” she recalled.

They married in 1953 in Golasecca and settled in Gallarate, both towns in Lombardy. In Gallarate that year, the couple set up a small knitwear workshop they called Maglificio Jolly. Tai Missoni had begun dabbling in fashion six years earlier when, along with his friend and teammate Giorgio Oberweger, he produced wool tracksuits to be worn by the Italian Olympic team in London. His trainer had a small knitting company in Trieste, a city in northeastern Italy, and together they made the first wool tracksuits which, he marveled later in his typical understated way, met with strong demand.

The Missonis were often described as “color geniuses” and were the first to make coordinating separates in different patterns, a zigzag top with a polka dot skirt, for example.

While building the Missoni company together and expanding the brand around the world — famously sponsored by Diana Vreeland in the U.S. — the couple shared a belief in remaining artisans and growing at a sustainable pace. “He would say, why work more if we can’t have the time to enjoy and spend what we earn?” They built a house surrounded by trees and flowers and overlooking the majestic Mount Rosa near the factory in Sumirago, raising their children Vittorio, Angela and Luca there. 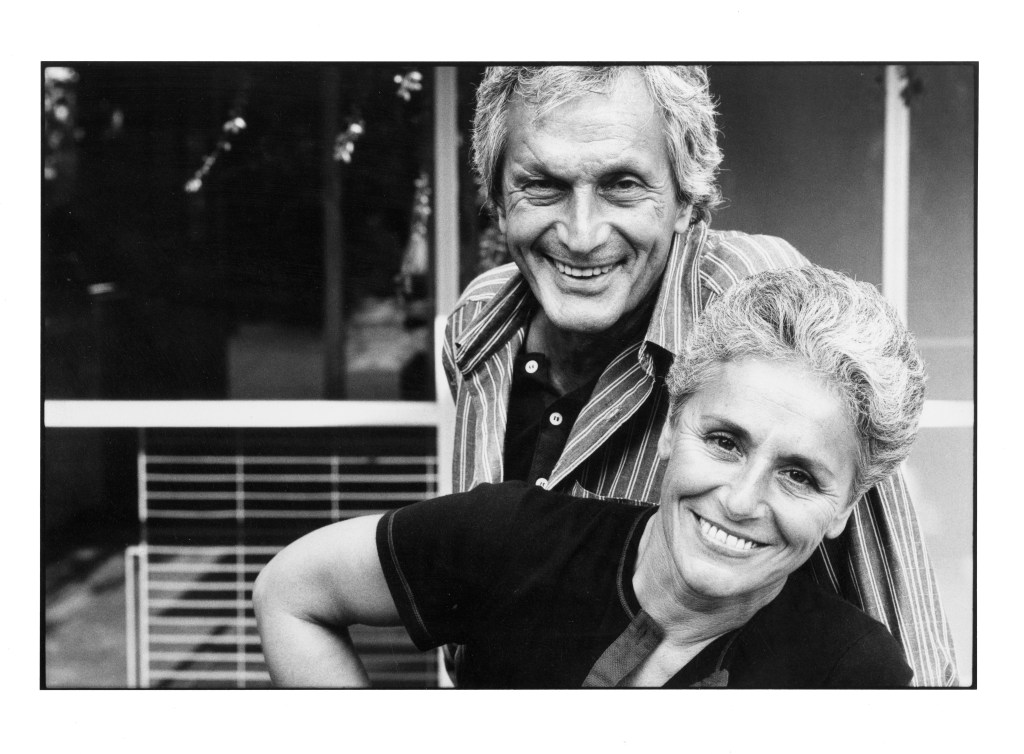 During an interview in 2011, when Tai Missoni celebrated his 90th birthday with an autobiography, he told WWD that he was “not capable of creating a huge company. I always say you can launch a boat that weighs 100,000 tons, but then you must sail it and have the right crew. I’m pleased with the company: It’s profitable, it gives us satisfaction and it hasn’t lost prestige.”

Tai was a natural at sketching and created a simple yet efficient system, a series of small colored lines drawn on checked paper with matching shreds of yarn to indicate the sequence for the looms.

“He never interfered in my fashion choices, he was the artist with the colors. As Diana Vreeland would say, the different shades he would come up with made all the difference,” Rosita said.

This didn’t mean there were never any discussions, she admitted. “He loved purple and he would put it everywhere — it was infuriating because working with the movie or the theater world, purple is never worn for fear of bad luck. I told him again and again, but it always popped up,” she said with a chuckle. “In the end, however, we would return home in the evenings and it was always as if nothing had happened.”

A home that became a meeting point for their friends, artists and journalists, where the informal and welcoming atmosphere never changed through the years — excellent wine and food included.

Tai Missoni liked to say that, when he and Rosita first set up shop in 1953, he was the president, but she would do all the work. “I’m lazy, my favorite pastimes are sleeping and reading, so work for me has always been an effort,” he once said.

Maybe so, but he remained a reference point for the whole family and continued to sketch even after his retirement. Thousands of designs of stripes, zigzags, tartans, patchworks and mélanges, in just as many fibers — silks, cottons, linens, wools, rayons, mohairs and metallic yarns like Lurex and lamé — contribute to the brand’s archives.

“Genetically, I have an anarchic frame of mind. I’ve never liked to be ordered around, and I’ve never wanted to boss people around,” Tai told WWD discussing his book. “Money gives you independence. Rosita says she feels rich when she has an egg from her hen house and vegetables from her garden, and I subscribe to that. With fashion and painting, it’s the same. I’ve never done what was fashionable. I didn’t want to work with preset schemes, and I paint my own way. I ended up in fashion by chance, I would never have imagined it. Our success came from word of mouth. We produced pieces that did not exist at the time, they were innovative and we were even called revolutionary because we broke schemes and rules. Going against the rules comes natural to me.”

Beginning in 1996, Tai and Rosita gradually passed control of their fashion empire to their children Luca, Vittorio and Angela, handing the design responsibilities to their daughter. In January 2013 — the family’s annus horribilis —  Vittorio Missoni died in a plane crash off the Venezuelan coast.

Remaining physically fit for Tai was a priority, and he exercised every morning by swimming, playing tennis or throwing the javelin. “He took this very seriously,” Rosita said. At the Italian track-and-field championship in Cosenza, Italy, in 2011, he won a gold medal in both the shotput and the javelin, and a silver medal in the discus, all in the over-90 age category.

Sharing a sense of humor with her husband, she laughed recalling how Tai, before signing up for the track events late in his life, would skim through the obits in the newspapers to see if any of his competitor had died. “It was not important to participate but to win.”