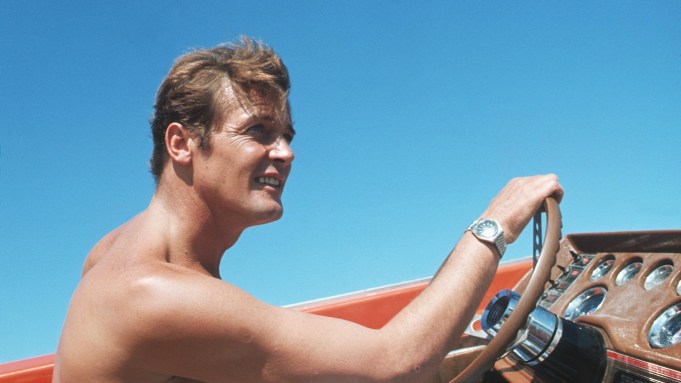 REMEMBERING ROGER: British actor Roger Moore, best known for playing James Bond in seven films, has died, aged 89, in Switzerland. The longest-serving Bond, Moore originally rose to fame in the Sixties TV adaptation of “The Saint,” based on the adventure novels by Leslie Charteris.

In 1973, Moore slipped into the tuxedo pumps of Sean Connery’s Bond, with “Live and Let Die” his first film for the franchise. He spent a total of 12 years playing the MI6 secret service agent, in films including “The Man With the Golden Gun,” “Octopussy,” and “The Spy Who Loved Me.”

During his Bond years, he was dressed by three tailors: Cyril Castle; Angelo Vitucci of Angelo Roma, and Douglas Hayward. The latter had a shop on Mount Street in London’s Mayfair, and was known for his relaxed silhouettes and slim-cut trousers. In addition to dressing Moore for the Bond films, he worked with Michael Caine in “The Italian Job,” and Clint Eastwood on a number of his films.

In 2015, Moore was named one of British GQ’s 50 best-dressed men. Ranked at number 38, the magazine described him as “the sexiest octogenarian in the world. Those blazers, those slacks, that twinkle,” and called him “the smoothest of the James Bonds.”

Moore could not have been more of a matinee idol with the blue bedroom eyes, square jaw, cleft chin and perfect teeth. Better yet, he never took himself too seriously and his Bond had a far better sense of humor than Connery’s.

He was a longtime UNICEF ambassador and was made a knight in 2003, in the Queen’s Birthday Honors. He is survived by his children, Deborah, Geoffrey and Christian and by his wife Kristina. His family said via Twitter there will be a private funeral in Monaco, in accordance with Moore’s wishes.