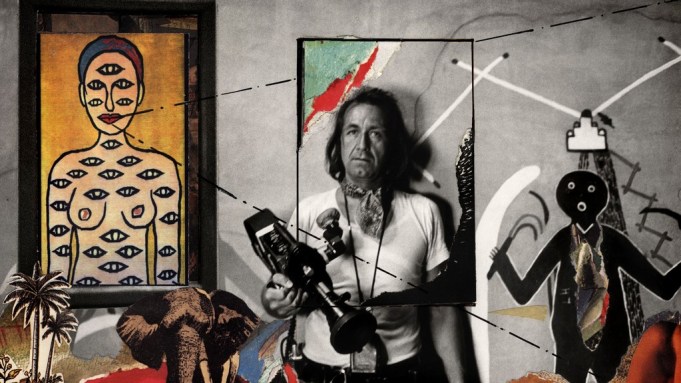 Born in Zurich in 1933, he studied at the School of Arts and Crafts there. Burri first became a documentary filmmaker, then went on to join Magnum Photos in 1959. He started shooting for Life magazine, then Look, Paris Match, Bunte, Stern, Geo and Schweizer Illustrierte.

“His world-embracing engagement as a photographer and filmmaker led him to what became his credo, we all live ‘in one world,’” said Burri’s family in a letter published on the Magnum Photos Web site.

Burri was on assignment in the Middle East during the Suez crisis and China under Mao Zedong, and created a variety of photo essays and notable portraits of luminaries, including Che Guevara (Burri’s single most famous image shows the guerrilla leader with a big black cigar), Pablo Picasso, Alberto Giacometti, Le Corbusier and Yves Klein.

“I always say that photographers are known to the greater public for two or three pictures,” Burri said of his image of Guevara that appeared in a poster on a Swiss wall in a 1993 shot appearing in his book “Impossible Reminiscences,” during a WWD interview in 2013. The tome, published by Phaidon that year, was the follow to a first volume that came out in 2003.

From the Sixties on, Burri developed a habit of working with at least two cameras, one for black and white and one for color, and often with as many as four slung around his neck. Burri began to shoot color on an early assignment for the Swiss cultural magazine Du.

“Burri was considered very early as one of the masters of photography, publishing brilliant photo stories in … Du, such as work on ‘gauchos’ or ‘bahias,’ and more recently an issue was illustrated with his collages,” said his family. “Another story that qualifies him to be counted among the most important figures of this century’s photographic history is Burri’s detailed research on Germany and the Germans after WWII ‘Die Deutschen.’”

Burri said to WWD of the celebrated artists he photographed: “I was very much interested in them; I wanted to meet them.” He spent six months wooing Picasso before the painter finally agreed to pose for him, for instance.

Burri added: “I also learned a lot from [celebrities] how you have to approach people.”

“With René Burri the world of photography loses one of its most powerful artists, a true humanist, who skillfully documented from behind the scenes the suffering and joy of humankind,” said his family.

Burri is survived by his wife Clotilde and son Léon. Funeral arrangements have not yet been set, but a service and separate ceremony are expected in Zurich, as well as a ceremony in Paris.