Weston was a formidable force on both sides of the Atlantic, in retail, art and philanthropy.

By Samantha Conti
with contributions from Jean E. Palmieri, David Moin
on April 13, 2021

Weston sat at the helm of food, retail and real estate companies in North America, the U.K. and Europe. Among his holdings was Selfridges Group, comprising the eponymous store in the U.K., Brown Thomas and Arnotts in Ireland, De Bijenkorf in the Netherlands, and Holt Renfrew in Canada.

“My father’s greatest gift was inspiring those around him to achieve more than they thought possible,” said Galen G. Weston, chairman and chief executive officer of George Weston Ltd. “In our business and in his life he leaves behind a legacy of extraordinary accomplishment and joy.”

Alannah Weston, chairman of Selfridges Group, said the luxury retail industry “has lost a great visionary. His energy electrified those of us who were lucky enough to work alongside him to reimagine what customer experience could be. He had real integrity, tremendous curiosity and a huge sense of fun. His positive outlook, faith in great people and excitement about the future will always be part of Selfridges Group and who we are.”

He is survived by his wife of 55 years, Hilary Weston, who was his constant collaborator on every aspect of the luxury retail group. 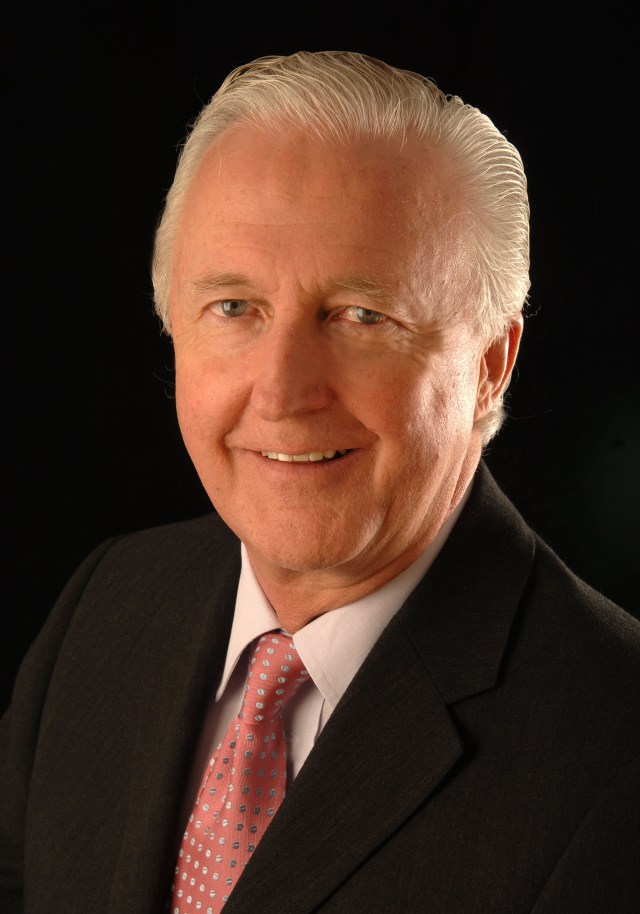 A former model, Hilary met the man she would marry at a dinner party in her native Ireland (though he liked to say he first spotted her on a billboard there). In the subsequent decades, they left quite a mark on the fashion and retail landscapes, dividing their time primarily between London and Toronto.

“I’m sorry to lose a legend,” said designer Joseph Abboud. “He was one of the last generations of merchant princes and he really trusted his instincts.”

Abboud recalled that when he launched his brand in the 1980s, it was considered a coup to get picked up by Holt Renfrew. “That was the store to sell in Canada, not Harry Rosen,” he said. “It was the Bergdorf’s of Canada. And even though it was mainly a women’s store, it had a very curated men’s area, so if you could get in, it was a real badge of honor.”

“I was very sad to learn about the passing,” said Andrew Jennings, who worked for Weston as president and CEO of Holt Renfrew for almost seven years, simultaneously serving as deputy chairman of Brown Thomas.

“Galen clearly had great passion for the fashion business. I was very much involved with him on the purchasing of Selfridges. It was an incredible process and he had a specific vision to turn Selfridges into an unbelievable world-class emporium, a trophy business.

“What I loved about Galen was that he was very inquisitive, not only a visionary,” Jennings added. “He liked innovation. He believed the windows were critically important. I remember him telling me once, ‘Let’s have a ticker tape running in the windows, telling people what’s happening.’ He was very much into technology and making it easier for customers for shop. He was very much into ‘Let’s make big statements,’ such as with our Viva Italia extravaganza with Sophia Loren who was our guest of honor. He was there, always supporting us.”

Mark Derbyshire, president and CEO of Holt Renfrew from 2010 to 2016, said, “It’s with real sorrow that I learned of Galen’s passing. He was absolutely an inspirational leader, a man of strength and vision. He had this uncanny ability to make it happen. What a lot of people thought was impossible, he made possible. He redefined what luxury retailing meant in Canada and Europe and he made shopping fun. He loved retail. He was very active in the detail of retail.”

Paul Kelly, the longtime Selfridges Group executive and close friend of the family, said Weston was “passionate about the customer, the people in his businesses and the communities they served. I learnt so much from Galen Weston and am honoured to have had the opportunity to work with him over many years. I will miss him dearly.”

Anne Pitcher, managing director of Selfridges Group, said Weston “loved being in our stores and always exuded great warmth, kindness, and amazing energy wherever he went. He was someone who truly believed in us and inspired us. I have never met anyone quite like him before.”

Lindy Woodhead, the author of “Shopping, Seduction & Mr. Selfridge,” about Harry Gordon Selfridge, founder of the store, said Weston was “a very special person,” and that he and Hilary “were an adorable couple — so devoted to each other.”

Woodhead said Weston was keen on the history of the store, and gave her full access to the company archives when she was doing her research. He would later ask her to organize the store’s centenary exhibition in 2009.

Weston referred to Woodhead as “my history girl” after she published the book, and consulted on the hit TV series starring Jeremy Piven. Woodhead recalled, too, that Weston and his wife even visited the show’s set in Neasden Studios, in north London.

Weston acquired Selfridges for $1.14 billion in 2003 after the store underwent a dramatic revival under the management of Vittorio Radice, the former CEO of the company who eventually left to join Marks & Spencer and later La Rinascente.

On Weston’s watch Selfridges opened a $64 million store in Birmingham that spanned 270,000 square feet, which was designed by Future Systems, the architecture firm famous for its dreamy, whimsical designs. The store looks like a spaceship from the outside.

Weston was singular in his vision for Selfridges: Shortly after acquiring the store he put the stops on further expansion plans in smaller English cities such as Bristol, Leeds and Newcastle.

Instead he redirected the money to Selfridges’ existing units in London, Birmingham and Manchester, with the core strategy of making every Selfridges “an innovative, dramatic place to shop.”

In London, he went about refurbishing the Oxford Street flagship’s food hall, created a travel department and boosted investment in the homeware department.

In addition, Weston did not see Selfridges as competing with U.K.-based retailers, such as Harrods and Harvey Nichols — his vision was always broader than that. “Our main competition isn’t the other department stores. It’s cinemas, restaurants and any place where customers will go to spend their leisure time,” said a Selfridges spokeswoman in 2003.

On the Weston family’s watch, Selfridges would undergo a major refurbishment program, build a cinema, host dedicated exhibitions, stage major store takeovers and become a campaigner for the oceans, sustainability and charity projects.

It was just two years ago that Weston stepped down as chairman of Selfridges Group, and took on the title of chairman emeritus. Alannah’s promotion had been part of a planned succession within the family business.

Through the Weston family holding company, Galen Weston had already owned Holt Renfrew in Canada and Brown Thomas in Dublin. The Selfridges Group later acquired de Bijenkorf in the Netherlands in 2010, expanding its retail reach into continental Europe.

Selfridges Group was just one part of the Weston family empire. The extended Weston family also owns Fortnum & Mason in London and Primark’s publicly listed parent Associated British Foods. According to The Sunday Times Rich List, the family saw its wealth increase by 30 million pounds to 10.53 billion pounds in 2020 due to the success of their food, fashion and retail businesses on both sides of the Atlantic.

Born in Buckinghamshire, England in 1940, Galen was the youngest of nine children and grew up in a business-minded family. His father and grandfather were in the biscuit, bread and supermarket business, and Galen would later branch out on his own, founding what would become the Powers supermarket chain in the Republic of Ireland.

He would later buy a defunct department store there, renaming it Penneys, as he expanded his supermarket portfolio. He also made an investment in Brown Thomas, the upscale Dublin department store, and eventually acquired full ownership in 1984.

He revitalized the family’s Loblaw supermarket chain in Canada, and in the 1980s added Holt Renfrew to the family’s greater portfolio. Loblaw would become one of Canada’s most successful food retailers while also building a significant apparel business by linking up with Joe Mimran, who in 2006 would launch the Joe Fresh brand through the supermarket chain.

Weston was also a committed philanthropist, donating to and opening new spaces at the Art Gallery of Ontario, the Ontario Science Centre and supporting the Nature Conservancy of Canada and its work to preserve wilderness lands.

The year after he acquired Selfridges, Weston and his wife, who was the 26th Lieutenant Governor of Ontario, donated $10 million to the initiative to revitalize the Royal Ontario Museum. Last year, in response to the COVID-19 pandemic, the Garfield Weston Foundation created an initiative valued at 25 million pounds to support various organizations impacted by the virus.

Charming and gregarious with the looks of a Hollywood leading man, Weston and his wife were often seen at London’s leading social events throughout the Eighties and Nineties, a dashing couple impeccably dressed as they strode through a gala dinner or walked across the polo grounds at Windsor Castle. Notoriously press shy, Weston nonetheless loved a party, and the family entertained lavishly on both sides of the Atlantic, hosting guests taken from the international Who’s Who list.

The couple also created and developed Windsor, a Vero Beach, Fla., residential retreat frequented by their well-heeled friends, and they were also close to Britain’s Royal Family, including Queen Elizabeth II. In his younger days, Weston had been a polo buddy of Prince Charles.

Hilary’s 60th birthday party in 2003 was the talk of the town and, according to WWD, a show of the couple’s pure social might. Queen Elizabeth attended the party at Fort Belvedere, the Duke of Windsor’s former residence and the Weston family home in England. WWD reported that the Queen had such a good time that she stayed until 2 a.m.

Weston is survived by his wife Hilary, his children Alannah Weston Cochrane and Galen G. Weston. Funeral arrangements will be revealed in due course, a family spokesperson said.