The Canadian artist had recently bought a house and settled in L.A., wanting to make a record about what home meant. Then the pandemic hit.

Going into the beginning creation stages of his latest record, Mike Milosh was inspired by the idea of home. After a lifetime on the road, beginning in Toronto with years spent in Montreal, Holland, Thailand and Berlin, Milosh had recently purchased a house in the Los Angeles area and was looking forward to spending more than two weeks in a place. Little did he know that soon into the album process the COVID-19 pandemic would hit, bringing the idea of home into much more intense focus.

“The big thing was literally buying a house. I wasn’t planning on there being a pandemic when I called it ‘Home,’” he says of the album.

Milosh, who is known musically as Rhye, is not one to face creative blocks, saying instead that he writes and creates about literally whatever it is he is feeling in each moment, including any feelings of confinement that came at the beginning of lockdown. His house in Topanga, where he calls in from over Zoom alongside his mutt Hero, became the literal backdrop for “Home” (he and his partner Genevieve Medow-Jenkins have a home studio) as well as the grander symbolism. The record’s lead hit, “Black Rain,” for example, was written as a response to the forest fires that surrounded their home last year

“Home,” which was released last month, has been described as a departure from Rhye’s previous records, a distinction Milosh rebuffs.

“I think that ‘Home’ is me syncing in even more to the sound that I’m creating,” he clarifies. “I’m constantly trying to, I don’t think the word is ‘perfect,’ because that’s almost self-branding, but I’m trying to get further into this very analogue [style]. I’m just doubling down on the human-ness in recording.” 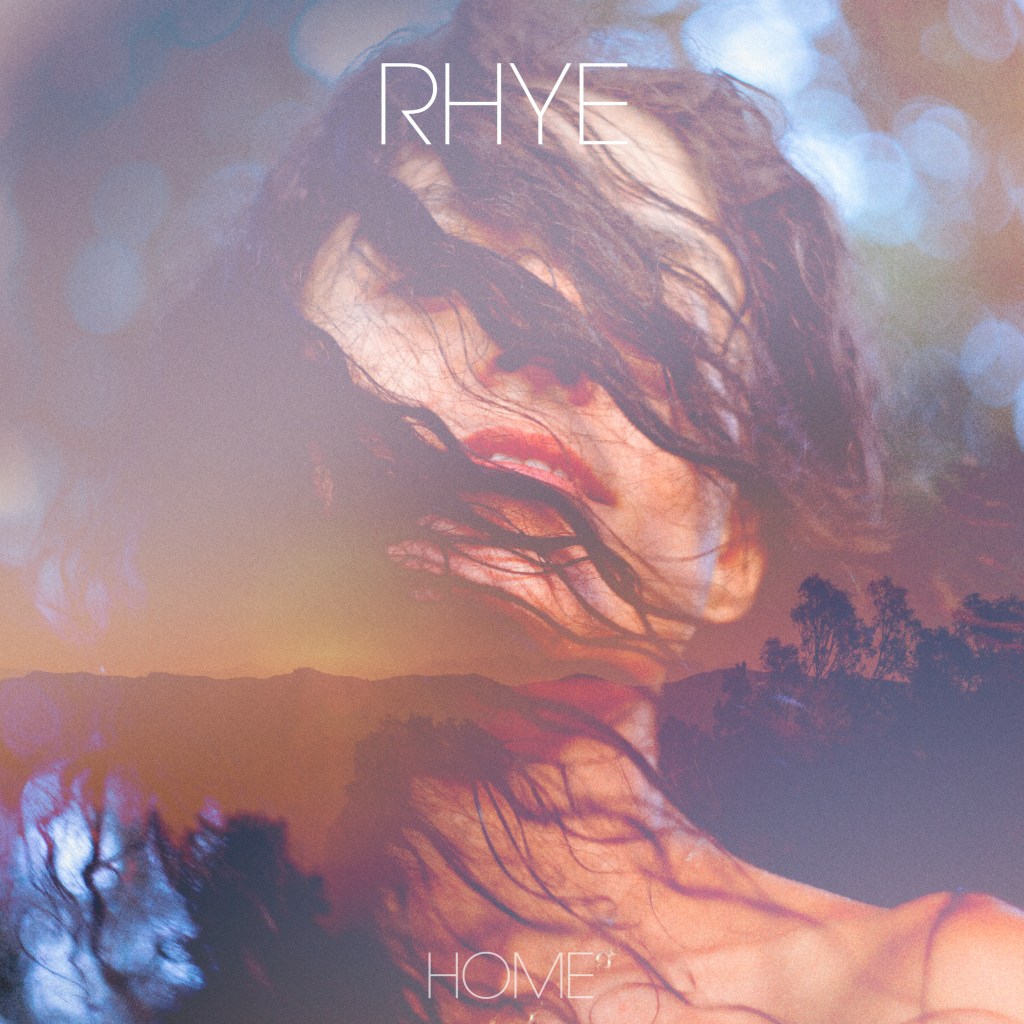 He arrived in L.A. a few years ago from Berlin, where he had grown tired of what he calls “laptop music.” He actually made an entire record while in Berlin that he threw away.

“What happened was I got really disenfranchised with…this is a really mean way to say it, but there’s definitely a complacency or a bit of a laziness in Berlin, and it infected me a little bit where I was creating stuff that felt almost uninspired. I wasn’t making techno, but I liked experiencing the culture of techno, and then I had a really big reaction. I was like, ‘You know what? I need to make something totally different than everything that’s happening in Berlin,’” he says. “I think that’s what happens to a lot of musicians though, is that you have a negative reaction, or you get frustrated and it actually inspires you to do something in another direction. My inspiration from Berlin was my reaction to it.”

“Home” was made on the heels of intense touring, but also with an eye toward the future, when live music will hopefully be a reality once again.

“It’s fantasizing about playing live again, so I’m trying to make everything live so when I transition it to stage, it’s a natural transition,” he says.

Throughout lockdown, Milosh has found ways to bring live energy to his music. He and Diplo did a series of Friday livestreams where Diplo DJed and Milosh sang, and he’s also been working with Medow-Jenkins on their ambient music events they call Secular Sabbath. And then there was the video for “Black Rain,” which quickly found an audience online after release and which features his friend, the actor Aaron Taylor-Johnson, dancing expressively underneath a set of string lights at the direction of his wife, the director Sam Taylor-Johnson.

“I felt really sheepish and shy asking him. ‘Tenant’ [in which Taylor-Johnson starred] was about to come out, and I was like, ‘I’m not Christopher Nolan, but how do you feel about just being in a video?’” Milosh recalls. “He’s like, ‘Yeah, that’s great. I would love to. How do you feel about Sam directing it?’ I was like, ‘I feel amazing about Sam directing it, but I feel that’s very presumptuous.’ I would never ask her. I don’t want to tax friendships ever.” 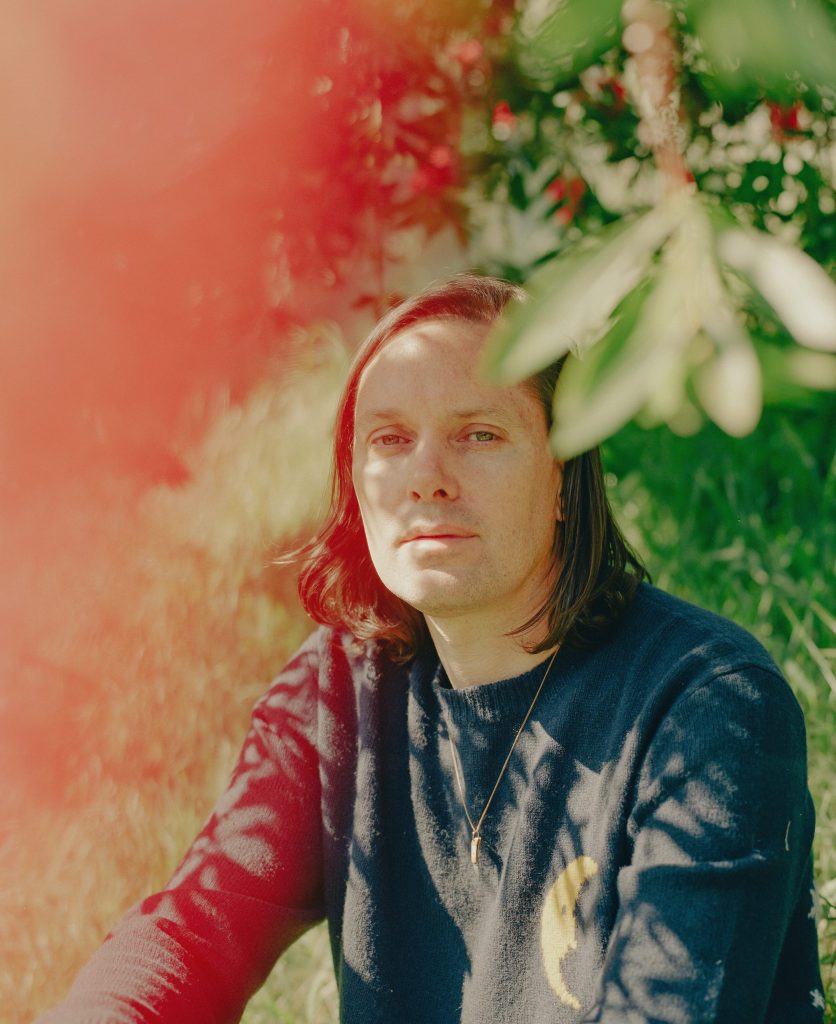 Aaron insisted Sam would love to do it, so Milosh and Medow-Jenkins went over on a Thursday night after the Taylor-Johnsons put their kids to bed, had some Mexican food and got to work. Sam directed Aaron to take his shirt off and start dancing, and after two takes they knew they had it.

“It’s a frustrating time, and I feel Aaron really channeled that idea to want to express and be free, but there’s a little bit of frustration in there, especially when he punches the sky, which I think is hilarious. He’s being sexy and…I don’t know what the word is. It’s not unapologetic, but it’s, like, without fear. I love that he’s just — boom, he’s doing it. It’s so amazing. He’s so embodied, and that felt perfect to embody the energy behind ‘Black Rain,’ which is about not being scared.”

Milosh says while they were at home working on the record, their surrounding area was consumed by the fires, black soot falling everywhere around them in what was “the most terrifying thing I’ve ever experienced.” From living through it, though, he found a resilience that informed the song — and a renewed love for his sense of home.

“It’s just that idea — don’t let those things make you feel fear,” he says. “Don’t let them take over.”