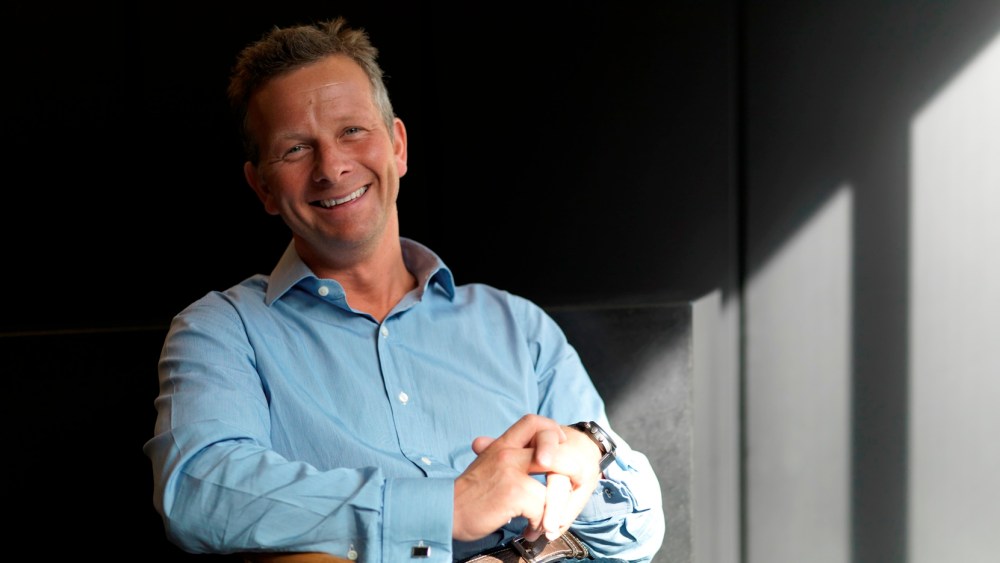 Launched in 2007, Richard Found’s London-based architectural design practice is headquartered in SoHo. Found’s clients range from retail, commercial and residential and include Alice Temperley, Anya Hindmarch, Donna Karan, Givenchy and Tiffany & Co. and retailers such as Harrods, Harvey Nichols and Selfridges. His latest projects include building Saks Fifth Avenue in Brookfield Place, which launches on Sept. 8 and the redesign of photographer Mario Testino’s London offices.

WWD: Can you tell us about the Saks Fifth Avenue project?
Richard Found: As you know, it was Saks downtown next to the 9/11 memorial. I suppose we’d been working on it for probably around two years now. What was quite exciting was that obviously it was a very different concept to Saks Fifth Avenue actually on Fifth Avenue. It’s almost like a concept store baring in mind the location. It’s a language. Throughout the floor we used a Terrazzo floor. You know all about the artist Barry Reigate, who has painted this long mural, which is 220 feet long. It was a very enjoyable process working with Saks. We’re working on another project with them in New Jersey, so it’s an ongoing relationship. They gave us total freedom to design the store. As you know, some clients will say, “this is what we’ve done before…” but they were totally open-minded to a new approach.

WWD: What was your most memorable project that you have worked on?
R.F.: On the retail side, it may well be Anya Hindmarch, as we’ve worked on quite a few stores for her in the past on Bond Street and Sloane Street. It was a very pleasurable experience and it was great to work with her — she’s a real visionary. It was a very good experience. Her attention to detail is very similar to mine. We’re both almost OCD when it comes to certain details, so we’re very like-minded in that sense.

WWD: What was your most challenging project?
R.F.: I suppose the most challenging project was a house we designed in the Cotswolds all totally out of concrete, and unfortunately there was a very steep hill to get down to the site, so while we could get the concrete lorries down to pump all the concrete out, what we couldn’t do was get the concrete lorries back up the hill without the use of a tractor (because they had no traction on their tires to get out). Also the planners were quite strict on us when it came to the location of the new build alongside the cottage that dated back to 1730. The planners insisted that the extension, which was like 5,000 square feet, had to be behind the cottage, which meant we had to excavate a tremendous amount of soil in order to start the build. So that was probably our most challenging project on-site. It wasn’t too bad in the end — it was about 14 months on-site.

WWD: What are your thoughts on the retail landscape now and how does that affect the design process for stores?
R.F.: The experience within a department store has to be far more exciting than it ever has been because of online trade, so to speak. I think there has to be more of an interactive element within the stores. We’re also coming up with the idea of having an app, with your mobile phone telling you what you bought last time you walked into a store, and what should buy this time — so it’s more of an interactive experience. My personal thoughts are that there’s a challenge having this interactive element without it being too gimmicky or passé. For instance, a couple of our competitors design these mirrors that ask if you want a cup of coffee or not when you tap on them. There’s a person standing outside the fitting room, so there’s no need to order a coffee through a mirror!

WWD: What do you like to do when you’re not designing?
R.F.: When I’m not designing, I like to travel if at all possible. But having said that, I do coincide travel with work obviously. I travel to New York probably every third week. My wife is in the art world, so we go to a lot of galleries and museums together. Mainly just being involved in the art world, so I spend a lot of my free time looking at different paintings and purchases. I love going to the Gagosian Gallery and I go to Chelsea in New York to look at the galleries whenever I’m over. I always go to Frieze New York and Basel Miami, Basel in Basel and Frieze in London.

WWD: If you weren’t working in design, what would you be doing?
R.F.: If not working in design, I would probably be involved in property somehow, a property developer. I just enjoy challenges of gaining additional square feet wherever possible, adding an additional story, adding a basement. I’ve always been interested in structure and spaces. Without focusing on something totally different, there’s a kind of synergy there.