The author talks about her recently released book, “Ricky Lauren: The Hamptons Food, Family and History.” 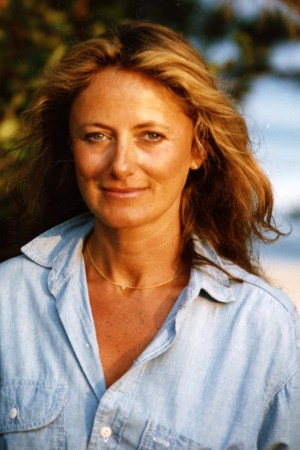 Ricky Lauren possesses a much more poetic take on the Hamptons than the usual ink devoted to the sky-high real estate prices, celebrity inhabitants and snarling traffic of Long Island’s most desirable region.

“I love the great expanse of the sea and the sky; the sounds of the gulls screeching overhead; the glint of the sun on the ocean and, at night, when there’s a full moon, the path of the full moon across the ocean,” says Lauren, sitting, in a perfect gray cashmere ensemble, at the Ralph Lauren offices on Madison Avenue on a recent spring day. “The wind, the breeze.…Everything inspires me.”

Such was the inspiration that it triggered her to work on the recently released “Ricky Lauren The Hamptons Food, Family and History” (John Wiley & Sons Inc.). In the past four decades, the Laurens — Ricky and Ralph, and children Andrew, David and Dylan — had, at separate points, houses in Southampton, Amagansett and East Hampton. They now consider Montauk their home out east.

“Southampton was more formal, and it was a time in my life when we were a very young married couple and we had one child,” she recalls. “When I had my two little boys, we decided to go to Amagansett. It was perfect. You would walk on the streets barefoot to the beach. Andrew and David would play out on the street from daylight till dark and there was not much traffic.”

When the family grew with daughter Dylan, “I had a lot of toys to accommodate,” she adds. “So we went to East Hampton, with the sprawling lawns and the feeling of more space. Then as life goes on you look at other places and you experience other things, you look for a more private life. We liked Montauk, because it was further away from everything.”

For the book, Lauren chose to look at the Hamptons through a personalized lens, from the general history of the region including its architects and artists, to the family’s own time spent there, including family anecdotes, and her favorite dishes like Sunset Organic Chicken Pot Pie, Hamptons Stuffed Eggplant and Blueberry Crisp. The recipes are straightforward with few frills, just like her family likes it.

“I believe that if you’re making something, it should be simple, so cut down all the steps,” she says. “If it can’t be made in a certain number of steps, then I don’t want to make it. It would be too complicated, especially with life on the beach. You want to have a nice life, you want to be with family and friends, you want to be able to entertain. You can’t be worried about too many steps and too much fuss.”

Researching the early history of the Hamptons — from its agrarian roots to its time as an artists’ enclave and, as she puts it, “the American Barbizon” — was enlightening, and she wanted to share her newfound knowledge. In the process, readers find out as much about the Hamptons as they do about the Laurens and their appreciation of the destination year-round. “In the wintertime, there was a potato field that was right behind our house, so we would go in a Jeep [with] a tire tied to the back and the children would be on the tire,” she recalls. “We would circle the potato field, and the children would be dressed in their snow suits and it would be wonderful fun. During harvest, we would pick corn and potatoes and cook them the same day. Things started to bloom in spring, and the colors and the cherry-blossoms were amazing to see. The summer was great because you could get fresh blueberries and strawberries and amazing seafood.”

An only child of Austrian immigrants, Lauren always placed importance on family traditions, such as meals together. That sentiment comes through in the book, and it’s one of the things she looks forward to the most this summer. She already knows what she will serve during this summer season in Montauk. “We like beach picnics or a barbecue,” she says, and, with a nod to her Viennese heritage, Lauren adds with a wink, “I love schnitzel.”