Ricky Velez, The Next Big Thing in Stand-Up, on Healing Through Comedy

Velez costars and cowrites in real-life best friend Pete Davidson's "The King of Staten Island," and looks toward his own HBO special.

Ricky Velez has a strict set of rules in place: no reading the news until after 3 p.m.

“That’s really helped me,” he says, over Zoom, from a sunny room in Florida in the midst of his two-week arrival quarantine. “I just want to maintain a good, happy energy for the kid. He’s about to be two. And he’s so impressionable that I don’t want to be all sad around him. Me and my wife had that debate because one of my friends that I work with, he has a 12-year-old and I mean, that’s a very weird age to be explaining the world. And it’s just a tough time. Life’s good, my kid’s healthy, and then the world is going to s–t.”

Velez is in Florida with his wife and two-year-old, where they settled after the basement of their Chelsea, Manhattan, apartment building was looted (they’d spent some time early on during the pandemic in Michigan with family, but were back in New York late spring).

He’s slowly settling into the life of more sunshine and space, all while adjusting to new levels of attention courtesy of his breakout in “The King of Staten Island,” Judd Apatow’s semi-biographical film about the life of Pete Davidson (who happens to be Velez’s real-life best friend). Velez both acted in the film and worked with Apatow on the script, and, revealed earlier this month, will star in his own HBO comedy special executive produced by Apatow.

“It’s surreal. I had a woman, she was probably mid-sixties, she contacted me to let me know that she’s been waiting on a movie like this since her husband passed, and that took a lot from me,” Velez says of the reaction to the film’s VOD release. “Just hearing stuff like that, that’s amazing. Because me and Pete, both my family and his family have dealt with tragic loss. So it’s just been really cool.”

Velez is a born and raised New Yorker — he grew up in Queens with his two brothers and his mother, who had them consistently enrolled in activities to keep them off the streets. Velez ended up at the Frank Sinatra School of the Arts in Astoria, which was opened by Tony Bennett and where drivebys by the likes of Lady Gaga and Billy Joel were common.

“I was from a part of Queens that you didn’t ever go to Manhattan. So this was the first time New York City was shown to me,” he says.

He tried college for a bit, dropping out to join the military where he was denied — and eventually started doing stand-up around the city, which is how he met Davidson nearly 10 years ago.

“Me and him were, from a young age, working. We got work right away, which was rare,” Velez says. “We were both the youngest in the clubs. So we just came together very easily and we just became best friends.” 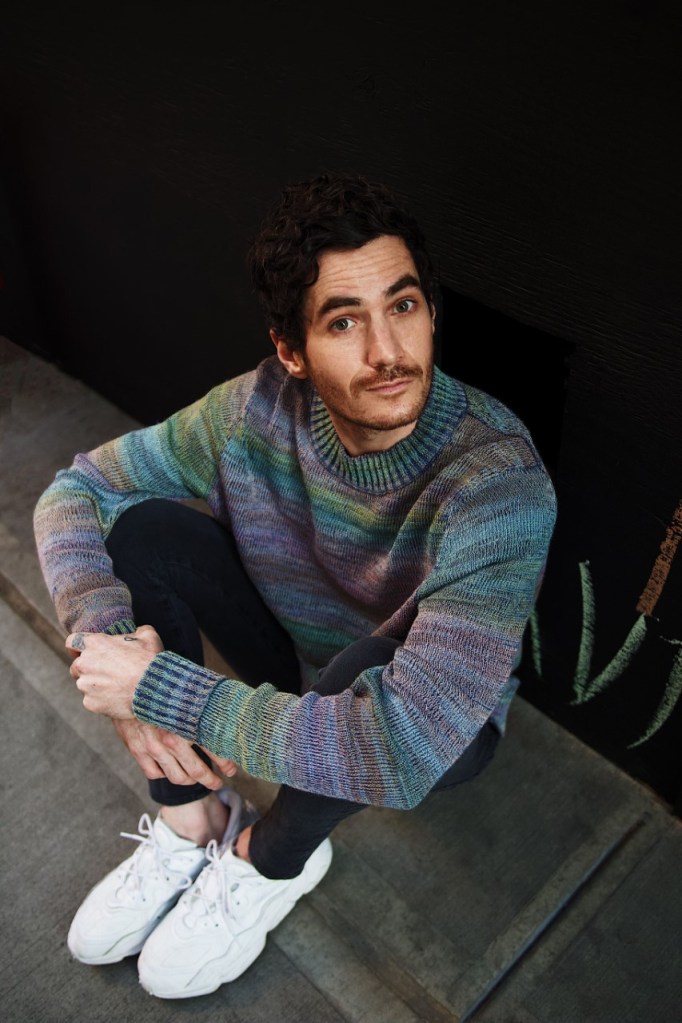 In the film, as in real life, Davidson’s father was a firefighter who died in the 9/11 attacks. Velez lost his own mother four years ago on Valentine’s Day, when she died suddenly. Putting out an honest conversation on mental health was important to Velez — and it made the creative process all the more challenging, he says.

“I would say there were parts that were definitely hard. Being Pete’s friend, I definitely know a lot more than a lot of other people. So it felt like we were kind of letting people in on our secrets. The scene when he’s driving with his eyes closed, that was a scary time in our lives. Putting that out there was terrifying, honestly. But it’s helping a lot of people,” Velez says. “I think a lot of people either know somebody or deal with mental illness daily. And this makes people understand it a little bit more about loss and grieving. It’s a cool movie. I had somebody tell me that they’re happy it didn’t go into theaters because they wouldn’t have allowed themselves to get that emotional in public.

“I just think for a long time being this open about your emotions and how you feel about mental health, it’s kind of been shunned,” Velez continues. “So seeing that Judd wanted to attack those topics just excited me through the whole process.”

He spent much of the filming process shadowing Apatow, from the auditions into the writing.

“I mean, he even let me come check out edits in Los Angeles. I got to take a masterclass from Judd Apatow,” he says. “Judd really does make us so comfortable that we can be creative and you never feel dumb about a pitch. You never feel like you can’t pitch something.”

One day while working together, Apatow brought up the idea of Velez doing an hour comedy special for HBO (“Oh, twist my arm”), which they hope to start shooting as soon as it’s safe to do so in New York City again.

“Ten years I’ve been waiting to do my special,” Velez says. Though the details remain under wraps for now, Velez knows it will be based on his life, with a similarly honest approach to how he, Davidson and Apatow turned to “The King of Staten Island.”

“It’s a personal thing. Most of my stand-up is so personal. I talk about my upbringing and how it’s affected me and being a product of my environment. So it definitely helps me,” Velez says. “I write about my life. I guess if I got a therapist I’d probably not have to do as much stand-up.”