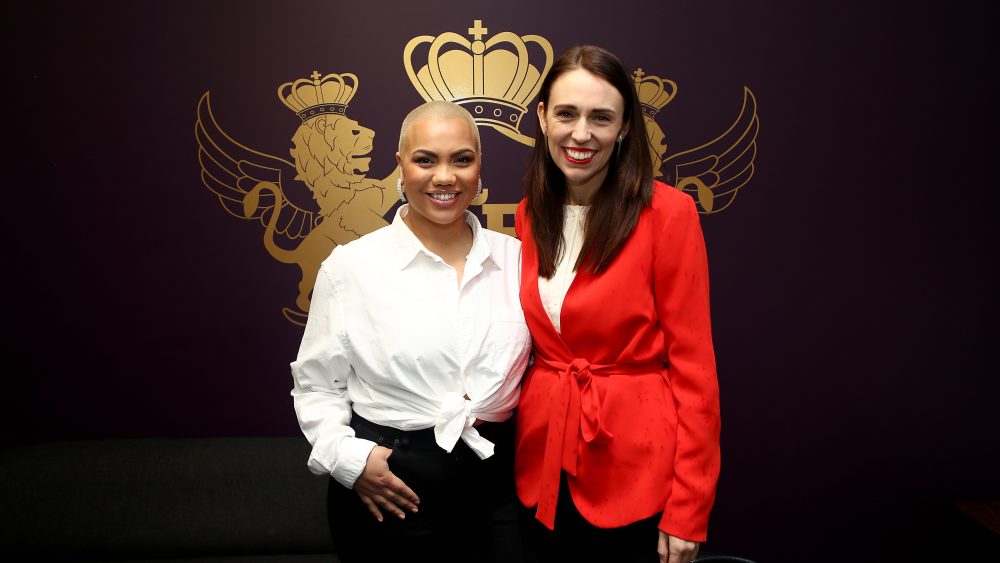 SYDNEY — From Jacinda Ardern to Blackpink, Parris Goebel’s dance card is what one might call packed.

Last month in Auckland, the New Zealand Prime Minister announced the appointment of the 27-year-old Los Angeles-based Kiwi dancer and choreographer as “New Zealand’s entertainment and cultural curator” for the 2020 World Expo in Dubai. Goebel will oversee a showcase of music, dance and street art within the New Zealand pavilion at the six-monthlong event, which is expected to attract 25 million visitors.

New Zealand’s entertainment and cultural curator might just as well have been Goebel’s unofficial title over the past seven years in fact, as she forged a career crafting choreography for — and more often than not also appearing in, alongside her dance crews — the music videos and stage spectaculars of a litany of pop megastars.

Then there’s Rihanna, for whom Goebel choreographed performances at the 2016 MTV Music Video Awards, the 2018 Grammy Awards and the two Savage x Fenty shows at New York Fashion Week — a film of the second of which drops Friday on Amazon Prime Video.

Originally staged on Sept. 10 at Brooklyn’s Barclays Center, the show has been widely hailed as not only one of the highlights of New York Fashion Week, but a kind of Victoria’s Secret Fashion Show 2.0.

Pulled together “a month out” from the event, according to Goebel, it features performances from Halsey, Migos, DJ Khaled, A$AP Ferg, Big Sean, Fat Joe and Tierra Whack and more than 70 models and performers, including seven dancers from Goebel’s Auckland-based Royal Family Dance Crew.

“What we really wanted to do was something that no one’s ever done before, which was fashion meets music — kind of like a fashion version of the Grammys,” Goebel said. “We managed to do dance and music and fashion all together in the one show, but with dance being in the forefront, which made it really special. We had 41 dancers and about 30 models — of all shapes and sizes — and also we had boys [dancers] this year, which we didn’t have last year, which was pretty cool.”

She added, “You rarely see just the catwalk. Everyone’s expressing themselves through dance, through music, through posing, through just being free. Even in the casting, Rih doesn’t just pick girls for the way they look, she picks them for their spirit and their energy. Within the cast, you will see girls that are just so un-stereotypical, but who genuinely love themselves and they love their bodies. So it’s putting that force out there for the world to see, in the hope that little girls see that on television and [think], ‘If she thinks she’s beautiful, then I know I’m beautiful as well.'”

Girl power and diversity have been key themes of Goebel’s story — which she charted in her 2018 autobiography “Young Queen: The Story of a Girl Who Conquered the World.”

“That [diversity] was definitely like a fire in my belly from such a young age, purely because I felt like I didn’t know where I fit in, where I belonged in this world of hip-hop — I felt like I didn’t look like the girls in the music videos,” Goebel told WWD. “I’m not a size 6 and I’ve got round, Polynesian features. Even generally, I never saw Polynesian girls on the front of magazines, on billboards or in movies. So when you feel that way as a little girl, the only way is to make your own pathway and to break the rules and change the rules.”

Goebel boasts Samoan, Chinese and Scottish ancestry, and although raised in Auckland — the world’s largest Polynesian city, with Pacific Islanders making up 15 percent of the city’s 1.6 million population — she said she was teased and bullied for the way she looked at the very white primary school her parents sent her to.

She took jazz, ballet and tap classes at age eight, then discovered hip-hop at age 10. At 15, she dropped out of school to pursue dancing full time.

In 2007, with four friends, Goebel formed the all-female ReQuest Dance Crew, which would go on to compete internationally. She opened The Palace Dance Studio in Auckland in 2009.

Goebel’s Palace dance crews have won eight gold medals in the World Hip-Hop Dance Championships and performed their own tours in Australia, Asia, the U.S. and Europe.

In February 2012, when Goebel was just 19, a YouTube video tribute to the late Etta James that she had made with fellow choreographer, Kyle Hanagami, caught the attention of J.Lo, whose team reached out and asked Goebel to work on Lopez’s 2012 “Dance Again” world tour.

From there, artist after artist sought her out. In 2015, Bieber asked her to choreograph and direct all 13 videos on his “Purpose: The Movement” visual album. The video for the album’s breakout hit “Sorry,” which stars Goebel and her ReQuest crew, has been viewed 3.1 billion times on YouTube.

Goebel is preparing to make her directorial debut in an upcoming project with Sony Pictures. She has previously appeared in two dance films — the 2014 U.S. production “Step Up: All In” and the 2016 New Zealand film “Born to Dance.”

“Us Kiwis, we have so much talent and so much spirit and culture here, I think it’s just taken us a little longer to find our voice and our confidence, amongst the big wide world,” Goebel said. “It’s definitely about time. It’s our time to shine.”

How to Stream Rihanna’s Savage x Fenty Show on Amazon