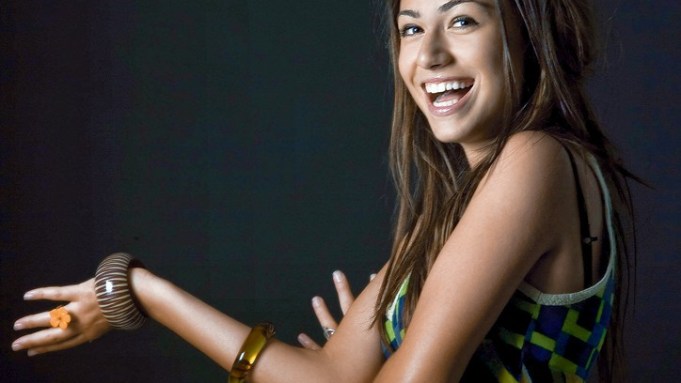 Names to know to stay in the know.

Gabriella Cilmi
Seventeen-year-old songwriting soul singer Gabriella Cilmi is an Australian teen sensation like no other. Cilmi cleaned up at October’s Australian Recording Industry Association awards, winning six awards, including Best Female Artist, Best Pop Release, Single of the Year and Highest Selling Single, for her certified double-platinum single “Sweet About Me.”  Released in March and number one on the ARIA singles chart for five consecutive weeks in Australia—making Cilmi the youngest solo artist ever to top the chart—“Sweet About Me” has entered the top 10 in more than 10 countries, selling 200,000 copies in the U.K. alone.

Discovered by the head of Warner Music Australia in 2005 at the age of 13 while belting out a cover of The Rolling Stones’ “Jumping Jack Flash” at an Italian street festival in Melbourne, Cilmi was signed to Island Records later that year and spent the next three years shuttling between Melbourne and London, recording her debut album, Lessons to Be Learned. Already platinum in Australia, the album is due for a U.S. release early this year.
—Patty Huntington

Giusy Ferreri
Giusy Ferreri, who became an overnight success as runner-up in the Italian reality show X-factor because of her Mediterranean looks and raspy voice à la Amy Winehouse, is making all the right moves to achieve musical stardom. Her first single, “Non Ti Scordar Mai di Me” (“Never Forget About Me”), held the number-one spot in Italy for more than three months—beating out the likes of Madonna and Coldplay—and it is likely that her multifaceted first full album, Gaetana, will continue to win over fans.

The album includes two tracks written by hit songwriter Linda Perry, formerly of the 4 Non Blondes, someone who Ferreri cites as being “a huge influence. I’m really hoping to get to work with her side by side.”

Inspired by designers like Roberto Cavalli, the 29-year-old Ferreri describes her style as versatile, favoring outfits that bring together different aspects of her personality: aggressive but elegant, sober yet energetic and full of color. She will be performing live in smaller venues this winter in preparation for a full stadium tour in the fall.
—Rachel Mascetta

Corbin Bleu
Unless you’ve been living under a rock, chances are you’ve heard of the High School Musical franchise and its posse of teen stars, including 19-year-old Brooklyn native Corbin Bleu (he turns 20 on February 21), who plays Chad Danforth, best buddy to Zac Efron’s character, Troy Bolton. He’s also acted with Kristen Stewart (in his film debut, Catch That Kid), Kurt Russell, Sigourney Weaver and Ben Stiller. This year, Bleu is ready to take the spotlight as the star (and one of the producers) of Free Style, which hits theaters in January. He plays Cale, an aspiring motocross champ.

But Bleu, who started working in commercials at age two and attended the Debbie Allen Dance Academy and Los Angeles County High School for the Arts, is a multitasker: He has modeled, acted off-Broadway and is set to release his second album for Hollywood Records in March, an R&B-pop-electronic hybrid titled Speed of Light, for which he wrote several songs.

“For me, when it comes to balancing, if you are involved in music and you hit a dry spell, you can try your hand at film or TV and vice versa. I believe that all of the arts interconnect. I can’t choose,” he says. However, when it comes to fashion, Bleu has definite favorites: “I love D&G right now, and sneakers by Nike.”
—Marcy Medina

Léa Seydoux
Léa Seydoux dreamed of becoming an opera singer when she was a little girl. But at age 19, her life took another turn when she won the lead role in Mes Copines (My Girlfriends), a teen comedy. It seems she followed the right path. Now 23, she has starred in five movies, including Catherine Breillat’s Une vieille maîtresse (The Last Mistress) and Christophe Honoré’s La belle Personne (A Nice Person), and she’ll be seen in Quentin Tarantino’s Inglorious Bastards, due to be released in June.

“When you’re 19, you think, I’d like to play with great directors. But never in a million years could you imagine you’ll play in a Tarantino movie,” says the actress, dressed in jeans and a turtleneck topped with a vintage Yves Saint Laurent jacket.

Meanwhile, doors keep opening up in front of her blue eyes. Ridley Scott chose her for a part in Nottingham, a movie he’ll start shooting this year, and she’ll be playing opposite Sylvie Testud in an Austrian film by Jessica Hausner called Lourdes, scheduled to come out this year. When she has free time, Seydoux won’t be seen in designer boutiques. “I love vintage clothes, and there are plenty of vintage stores in my neighborhood,” she says of Paris’ groovy 3rd arrondissement. Seydoux, a voracious reader, also hopes to publish a book someday.
—Chantal Goupil