Rising Stars: Young Celebrities On Their Way Up

Who to know to stay in the know. 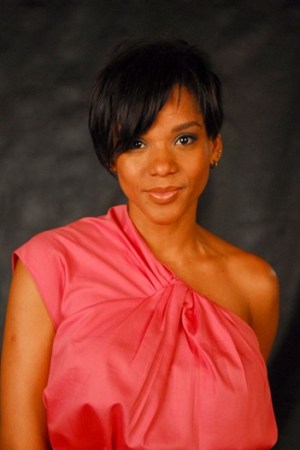 Aparecida Petrowky, a star of the prime-time soap Viver a Vida (To Live a Life), is drawing attention for her looks, talent and hip, urban street style. Petrowky, 26, plays Sandrinha, a middle-class girl who gets pregnant by a Rio de Janeiro drug trafficker. At the start of the soap, Sandrinha wore jeans and colorful T-shirts. While pregnant and after giving birth, she wore denim jumpsuits and short, button-down summer dresses, colorful Converse All Star tennis shoes—a hip sneaker among young Brazilian women—and loads of silver arm bracelets.

Petrowky describes her own style as more “basic classical.”

“I wear longer dresses than Sandrinha does, sometimes strapless or one-shouldered, and without all of her arm bracelets,” says Petrowky. “What we have in common is a love of colorful apparel and All Stars, which we even wear with our dresses.”

Rooney Mara’s name may sound familiar to anyone who knows her older sister, actress Kate Mara, or football fans (her grandfather’s side of the family founded the New York Giants and her grandmother’s side founded the Pittsburgh Steelers). But the 24-year-old ingenue soon will hit the big screen with a string of projects in 2010, including the much-anticipated Facebook movie The Social Network, starring Justin Timberlake, which has had major buzz on the Internet.

This month, she appears on-screen with another “It” boy, Michael Cera, in Youth in Revolt based on the coming-of-age novel by C.D. Payne and directed by Miguel Arteta. She also wrapped The Nightmare on Elm Street remake, which will bring Freddy Kruger to a whole new generation.

In addition, Mara is the founder of the nonprofit Faces of Kibera, which helps Kenyan orphans. Can you say overachiever?

Even as one of the most well-known faces on Italian television, Alessandra Mastronardi is still the sweet girl next door. Born in Naples but raised in Rome, the 23-year-old made her debut when she was just 11 and hasn’t stopped since.

She hit the spotlight with I Cesaroni, a successful TV series for Italy’s Channel Five that recounts the lively daily saga of a Roman family.

“For me, acting is a necessity; it’s like oxygen,” she says. “I consider myself really lucky, because every morning I get up feeling like going to work and doing what I love.”

Despite the fame she garnered thanks to roles on TV and in many ad campaigns, Mastronardi still is waiting for a chance at a major film. She considers Cate Blanchett and Kate Winslet role models.

On the fashion front, Mastronardi, who is the face of activewear company Dimensione Danza, says she’s not obsessed by brands, but she does admit that “wearing a Valentino evening dress is truly amazing.”

It’s all coming together for 24-year-old Basque model Jon Kortajarena: soon-to-break ad campaigns for H&M, True Trussardi and Esprit; magazine spreads; a slew of fashion awards including Spanish Marie Claire and German GQ for Best Male Model at home and abroad in November, and, most recently, his film debut in A Single Man, Tom Ford’s first crack at cinema.

“I met Tom a few years ago in New York. He was looking for male models to present a collection on TV. I was in the right place at the right time,” Kortajarena says.

“I had never acted before, but it turned out I felt more secure in front of the camera than in real life. I love my character. He’s a sweet guy who goes to Hollywood to become an actor. He has such good intentions, even though he knows his dream won’t come true.”

Kortajarena’s big break came at age 18. “I was chosen to take part in a Roberto Cavalli ad in Paris. I didn’t even know who he was,” he laughs, “and almost immediately I was sent to New York, where Steven Meisel picked me for a Versace campaign.”

On his personal style: “I like to mix designer brands, like Tom Ford and Chanel, with vintage stuff I find in street markets around the world. Then again, I travel so much, sometimes I wear anything in my bag that’s clean and ironed.”

Deborah Grall, 24, says she knew she wanted to be an actress at a very early age. At 17, upon earning her high school diploma, she scored her first role in Jean-Jacques Zilbermann’s drama Bad Spelling opposite Carole Bouquet.

The curvy, dark-haired French actress then spent two years in London to brush up on her English, but a role in Joann Sfar’s Serge Gainsbourg, vie héroïque (Serge Gainsbourg: A Heroic Life) brought her back to Paris. In the movie, due on French screens January 20, she plays Elisabeth Levitsky, the voluptuous first wife and muse of Gainsbourg when he was studying painting at the Beaux Arts in the early Fifties and before he became a famous songwriter. “This woman embodies true femininity, with curves and full breasts,” Grall says.

This spring, she will be seen on French cable TV’s Canal Plus in a story about life in a brothel in Paris in 1871. “It’s just a total joy to play a role in costumes,” says Grall, who is an Isabel Marant fan herself.