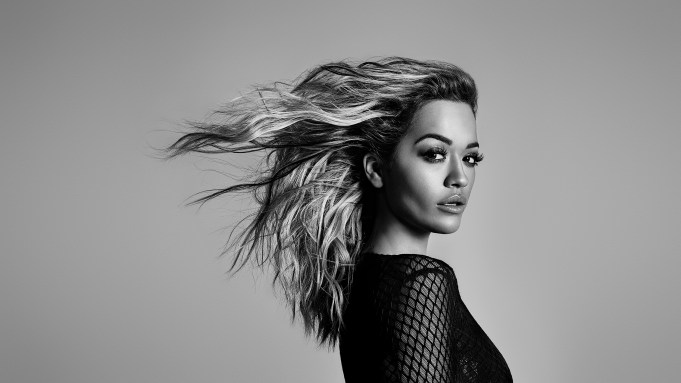 “I feel like I’m in ‘Beauty and the Beast’ in the town,” says Rita Ora, speaking from Tuscany, where she’s shooting a film. “There’s no one here. I feel like everyone knows each other and I’m the weird outsider.” Funny how someone with more than 10 million Instagram followers, a record deal with Warner Music and a gig as host of the reboot of one of the most popular fashion reality TV shows of all time can feel like an outsider.

Ora will make her hosting debut on Monday, when VH1’s makeover of “America’s Next Top Model” airs. A fan of the original series, the 26-year-old British singer was brought on — along with judges Ashley Graham, Drew Elliott of Paper Magazine and celebrity stylist Law Roach — by the show’s producers to share her experience in the industry with this season’s aspiring models.

“It’s not just about finding a beautiful girl,” Ora says while lounging on a bed in a “random” hotel room. “It’s about finding a beautiful, smart, reinventing longevity brand. I really wanted these girls to understand that after they go through the bootcamp of ‘ANTM,’ they’re gonna be up against the Gigis and the Kendalls and the Bellas and incredible young models and have to stand out.” And to stand out in Ora’s eyes, you need to have a brand.

Ora seems to have this brand business down pat. She’s gearing up to release a single in February, has just wrapped her 15th and final collection with Adidas and is returning to “Fifty Shades of Grey” in its upcoming sequels. And yet, her announcement as host of “ANTM” threw many for a loop. She’s wildly popular in England, but Stateside, the public has a hard time understanding who Rita Ora is. Is she a singer? Is she a designer? Is she a model?

Well, she’s all of those things.

“I can’t speak for the whole of the United States of America, but I’d like to say that I think this perspective of me is really exciting, being a celebrity model, a fashion designer, a businesswoman,” says Ora when asked what she thinks of people’s misconceptions of her. “I think it brings a unique voice, a unique perspective to the whole series. It’s as simple as that. It’s more about these girls rather than me. But I guess I like to say that I bring a breath of fresh air to the whole perspective of ‘America’s Next Top Model.’ I never try to be more than I am on the show and I always remind the girls that I’m in the same boat with you. This is the first time I’ve ever hosted a show. I can just tell you how to be a brand and how to be good at it. And that’s really it.”

It would be remiss to talk about the reboot without talking about the original — and of course, Tyra Banks. “Tyra is still very involved,” Ora says. “Obviously she was the original host and she’s now an executive producer and she will continue to, for the new season as well, make appearances.”

Will Banks deliver another “We were all rooting for you!” Cycle 4 moment? Or continue her legacy as the smeyeze queen?

“There’s some iconic Tyra moments as we all know,” Ora says. “There’s some things that you have to respect. I wouldn’t dare touch her iconic sayings, so I thought, ‘let’s do a little twist on it.’ There’s different names. Tyra had Tyra Mail. We have names for the messages, which I can’t say yet, but you’ll see it on the series. There are little pockets to really make it your own, you know?” Banks may have passed the torch to Ora, but her legacy remains untouchable.

Ora reveals that there are “amazing cameos” this season, though she’s hesitant to give names — “I gave you an exclusive on the fact that Tyra’s making a few appearances. I feel like I shouldn’t have even said that, but oh well.” It’s clear she’d rather focus on the models and the one lesson she wanted them to learn: that it’s better to be a brand than to just be beautiful.

“I think just being a beautiful lady is not enough anymore,” she says. “You can always be beautiful, but what else are you gonna give to our culture? And how are you gonna have people wanting to look like you and dress like you and listen to you and your voice amongst the beautiful Gigis and Bellas of the world? I wanted these girls to believe in themselves and know that once you get out of this show, it’s the real deal. So they take on multiple tasks, out on the street, being endured. I don’t want to give too much away ’cause some of them are crazy. You have to watch.”

Ora has mastered the art of staying busy, but being ambitious often comes with a price. What’s her secret to doing it all?

“It’s just a sacrifice that you have to make,” she says. “Is it sleep or is it work? I choose work and I guess that’s just what it is. My personal life definitely doesn’t balance out, but it’s just one of those things, isn’t it?” Perhaps the models will learn to feel the same. May the best workaholic win.