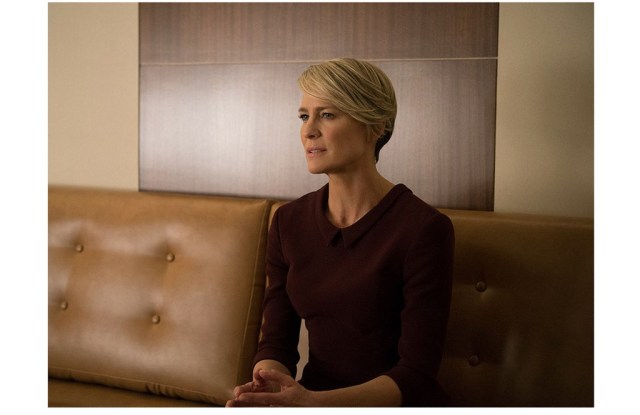 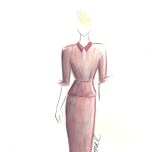 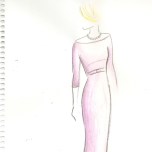 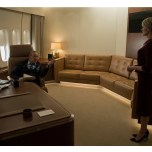 LOS ANGELES — Robin Wright, who plays first lady of the United States Claire Underwood in the highly anticipated third season of Netflix’s “House of Cards,” which premieres on Friday, has a new look, and a new costume designer — Wright’s personal stylist, Kemal Harris.

The New York-based Harris, who began styling Wright for the show’s first season premiere, was enlisted by the Golden Globe-winning actress to design Claire’s newly elevated wardrobe for the third season, in which she and her scheming husband Francis, played by Kevin Spacey, have finally made it to the White House (costume designer Johanna Argan still oversees the looks for the rest of the cast).

“Her arc has changed so drastically; she finally has a tiny break from all that exhausting work she did to claw her way to the top. I wanted her to have a chance to show her vulnerability and her feminine side, too,” said Harris.

To that end, her inspiration board began with photos of Lauren Bacall and Carolyn Bessette-Kennedy. “John Coles, the director, wanted to discuss how to make Claire more approachable, but that was never my favorite word for her character. I wanted to respect her anew without compromising her identity, because her work isn’t finished yet,” said Harris.

Wright and Harris watched “The Maltese Falcon” and “Adam’s Rib” for Forties-style inspiration and softened things up with slightly ruffled blouses while keeping her tightly tailored pencil skirts and three-quarter sleeves. “You can see Claire is more like a contemporary Princess Diana and less like Jackie Kennedy,” said Harris, who called in pieces from American designers Ralph Lauren, Altuzarra, Michael Kors, Derek Lam and Proenza Schouler, and Europeans Giorgio Armani, Alexander McQueen, Dolce & Gabbana and Max Mara. Each piece was altered, and Harris designed a few key pieces herself using a mannequin she had made with Wright’s measurements, including the off-the-shoulder pale blue-lilac suit for the presidential portrait and the burgundy suit Claire wears in a key Air Force One scene.

“It’s serious in the front and feminine in the back,” Harris said of the high collar and low back. The colors are also new for Claire, who wore mostly black, white and gray before, in line with the shadowy mood and sets. Her look has even changed down to her toes, which were adorned in pointy Louis Vuitton pumps in the first two seasons and round-toed Pradas in the third.

In fact, no detail was left untouched in Claire’s 60 wardrobe changes this season, including the size of the pearls in the necklace she wears in her official presidential portrait. “I strung those myself because the things we called in were too big and Claire is a jewelry minimalist. She has her wedding band and her tiny diamond studs and Cartier watch and that’s it,” said Harris.

Asked if she’ll ever do more television work, she said, “If another client asked the same of me I would probably say yes, but the reason I do red-carpet styling [for Idina Menzel, Zosia Mamet and Carrie Brownstein, as well as others like Amy Poehler, whom she shares with Karla Welch] is I love that all my clients are strong, kick-ass, no bullsh-t women who are in control of their careers.”