What the influencers say on their industry, Coachella and more.

PALM SPRINGS, CALIF. — As the industry ponders what influencer marketing — and even the term influencer — means today, many of those who have managed to nab success in the social media space converged here Saturday for a one-day conference.

Although Create & Cultivate’s Desert Pop-up took place the same weekend as the first round of the Coachella Valley Music and Arts Festival, which has become a boon for social media content, the conference was off festival grounds, where it was a day of panels and keynotes providing inspiration and instruction on how to build a business today.

“The reason why we show up at places like Coachella or South by Southwest is we like to go where our audience goes,” said Create & Cultivate founder Jaclyn Johnson. “Specifically for Coachella, it’s fashion, beauty, music and culture.”

WWD had a chance to chat with a few of the influencers at Create & Cultivate who have managed to parlay their success on social into companies and brand partnerships, asking them to weigh in on the festival and where their industry is headed. Below, an edited version of those conversations. 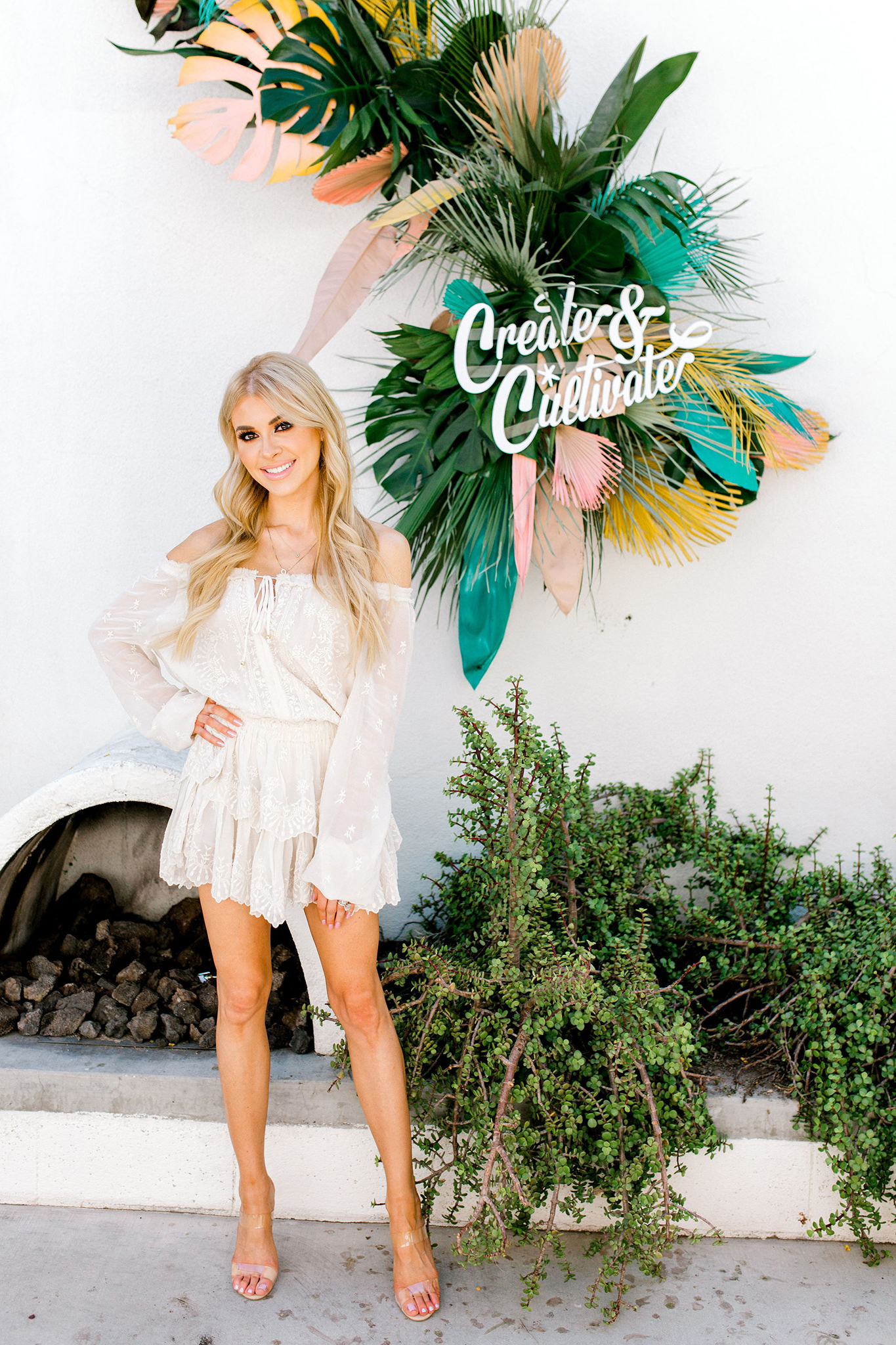 Do you like the term influencer applied to yourself: “I do think it’s accurate but I think that influencer spans beyond just bloggers. I think every one of us is an influencer in our daily lives because of social media. We all have some influence over our peers. I think as applied to bloggers, it’s slightly limiting to what blogging or influencing really entails because it is a real job and it kind of negates the fact that we all have influence on so many factors in our lives every single day.”

What defines influencer marketing in the future?: “I think it’s only going to accelerate. I know there’s speculation about whether or not the whole influencer bubble will burst but I do think, more than ever, brands understand that people resonate with the people that they follow and feel like they know over print ads, celebrities and the more traditional forms of marketing. As it evolves, it’s going to become more of a focus for brands and bigger companies.

“I also think micro influencers are going to be on the rise because it’s no longer few and far between the girls with a million-plus followers. It’s becoming a little less exciting and a little bit more saturated, and the smaller influencers that are more on the micro level actually have more of an impact on their audience because of their intimate relationship with them.”

How would you say the brand activations around Coachella have changed through the years?: “I actually haven’t been [before]. I’m a no-Chella. I’m a grandma. It’s too much for me. Honestly the crowds. That already gives me anxiety just thinking about it, so I never come.”

Are there things you’re tired of seeing come out of Coachella?: “I love the fashion. Every year I see it and I’m so inspired by summer and spring so I love the trends. One thing about Coachella is that it’s very glamorized on Instagram with all of these beautiful shots, which I really love but I also think what it’s about, the music, has been lost over the years and people promote the shows that they’re seeing less and promote more of the actual social side of it.” 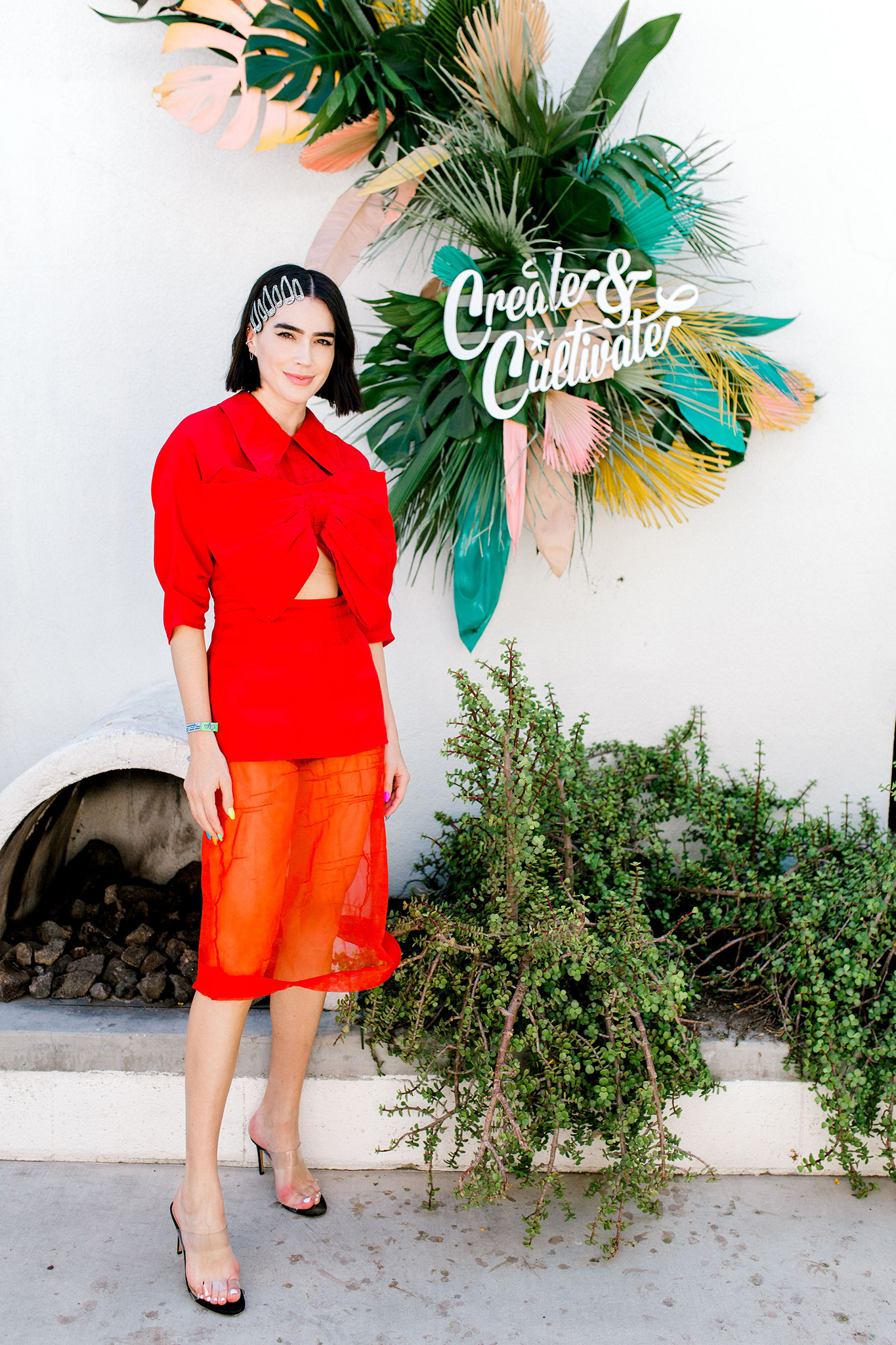 On the term influencer: “I definitely use it more in the sense of the industry term but, for example, at my daughter’s school, they ask me what I do. The moms there. For me to say ‘I’m an influencer,’ that doesn’t make sense. So I usually just say I have a fashion web site and I work in fashion. I really don’t use the term outside of the industry working with brands or PR firms.”

On where influencer marketing is headed: “I’ve been talking to different brands. They’re putting more of their marketing dollars toward the digital versus radio and television, which for me it’s a good direction that it’s continuing and they’re seeing the value in it because it’s so trackable. You can see the results. You can see the swipe-ups, the clicks. For me, if I was on the other side, that’s what I would do as well.

I’ve had my blog for five years and in that time so many things have evolved since then so we’re always trying to be open to what the potential is in this industry and always being open to the changes.”

On evolving brand activations around Coachella: “It’s very heavily brand marketed, especially because Coachella’s so much more popular than it was 10 years ago or even before that. If I come to it, I also want to enjoy it….I don’t want to be running around just to say I’m running around to different events. I’m trying to use my time wisely here and also enjoy it just because that’s how I used to go to Coachella before, just hanging out not posting photos.”

What are you sick of seeing at Coachella?: “What I think I’m tired of is what people assume is festival style, but it’s not sticking to their true style. I think that sometimes people think they have to conform to a certain image of what festival is. You want to be trendy but at the same time I think sometimes they get confused by what they [think they] have to dress like when their real style is completely different, so that’s what I’m tired of is an inauthenticity.” 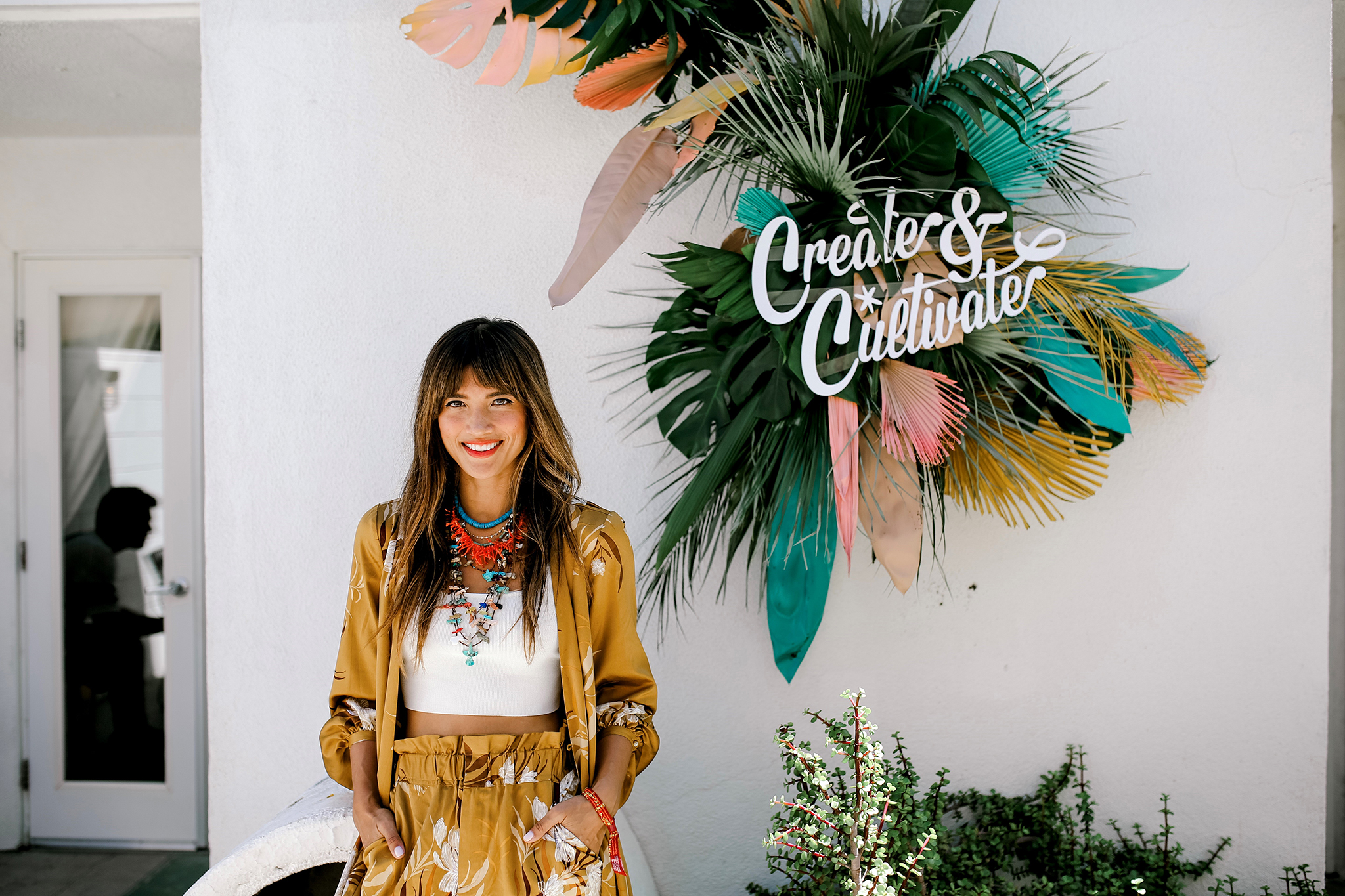 On the term influencer: “It’s one of those words because there’s no other word, right? It’s like if someone says, ‘Just be authentic’ one more time….It is what it is. I feel like there’s no other word for it at the moment and I think there’s negativity [around it] as well. It’s an overused word for sure, so I’m hoping someone comes up with something new.”

On where influencer marketing is headed: “That’s the biggest question of the day, don’t you think? You’d think being on the inside, you have some insider knowledge, but honestly I have no clue what’s going to happen.

Of course it’s scary, but you have to keep looking straight ahead and doing what you’re doing and just hope people continue to love what you’re doing. When you start molding yourself to accommodate the likes, people sense that, so I just try and do what I like and it’s worked for me so far. I’m hoping whatever new platform or technology comes out, I can adapt and switch over to that. Being able to create a sense of self, that can translate over to whatever platform, so that’s what I’m banking on.”

On evolving brand activations around Coachella: “It’s been a complete 180. It’s so funny, my first Coachella 10 years ago there might have been only one or two [parties] and they weren’t brand activations. Club promoters would bring people to a house. It wasn’t what it is today. It’s crazy to see the evolution.

“I love Coachella. It’s so nostalgic for me and I think that people are doing really cool, fun things out here. There’s some weird stuff going on, but I also think there’s some really cool activations, like I love Desert X. And I love that Create & Cultivate is here. It’s something more than just the fluff parties, trying to bring some substance to this and create more of an artistic vibe.”

What are you sick of seeing at Coachella?: “You know what’s so crazy? It’s crazy seeing how many people are out in the festival taking photos. I don’t necessarily think it’s a bad thing, but it’s shocking. I’m curious how many people are enjoying versus capturing. I think I would like to see people be more in the moment about it. That’s one of the things about Coachella, when you used to not have cell service. It was like the day when Instagram went dead. You’re kind of like, ‘Snow day. I get to have fun.’ It was nice.

“I could also say flower crowns but everything makes a 360 at some point and comes back around. Maybe not fake flower crowns.

“There’s a lot of a– happening at Coachella. It’s shocking for me. Maybe I’m just getting old. I saw three a–less chaps yesterday, by the way. I think there’s the best people watching though. I could sit there and just watch people go by because as much a– as there is out there, there’s also a lot of swaggy people.”