An advocate of LGBTQ rights and ceo of Roksanda, Gill wants the fashion industry to be more inclusive.

LONDON — It’s no secret that the fashion industry has a systemic racism problem. People of Black, Asian and many ethnic backgrounds are rarely seen at c-level positions. And even though the industry is perceived to be LGBTQ-friendly, white, middle-aged straight men still dominate the business side of the fashion world.

Jamie Gill, 32, wants to challenge all that. Having worked in architecture, accountancy and venture capital, Gill now is the chief executive officer of Roksanda, and he wants to use his voice to help others who share similar experiences to break the glass ceiling in the industry.

Born to working-class British-Indian parents in the Midlands, his mother worked part-time for the police and his father ran a takeaway business. In Gill’s words, he had “naturally quite a conservative upbringing,” and “homosexuality was something that was just kind of not spoken about in my household.”

“Growing up in the BAME [Black, Asian and minority ethnic] community, especially on the Indian side, being gay was a taboo. I found it extra challenging just growing up, concealing this big part about myself and not feeling comfortable with an environment to come through,” he added.

Gill stayed in the closet until he joined Deloitte in 2010. Before that, with a bachelor’s degree in architecture at Nottingham University, he worked at several architecture practices in London.

“I took a career turn in the midst of the recession, and I joined Deloitte. It was there I witnessed how many gay, lesbian and transgender partners were taking leading positions at this international firm,” he recalled.

“It gave me the real courage to be like, ‘oh my gosh, you can do it. Stop concealing this, you’re in London!’ Joining Deloitte was really soul-nourishing for me. That just gave me that boost as a 22-year-old, and that’s when I came out and started living my authentic self from there,” said Gill.

He moved to India for a year and launched his own fashion start-up, targeting the lucrative Indian bridal market. Gill fell in love with his first boyfriend there, and got to witness Mumba’s vibrant hidden gay scene.

“It wasn’t legal to be gay in India at that time [the Supreme Court of India decriminalized homosexuality in 2018]. So that was really interesting to go to those parties in the darkrooms and backrooms in hotels,” he said: “It’s such a hidden community, which is ironic, considering how flamboyant and camp Bollywood is and the Indian culture is.”

“I can name all of the Indian gays who I know who have a media presence here for a start,” he said. “We’re still part of that transition accepting who we are. The Indian population’s only been here for a few generations. The partition of India was 1947 and that was when we really only had an influx into the country.

“The British-Indian community is not as progressive as it can be, but I want to champion that. I want to make it clear that I am gay, I am Indian and I am proud of who I am. I’m doing these things and I’m not wearing either my sexuality or my culture on my sleeve. But they do define part of me and I will take the best of both and be progressive with it all,” he added. 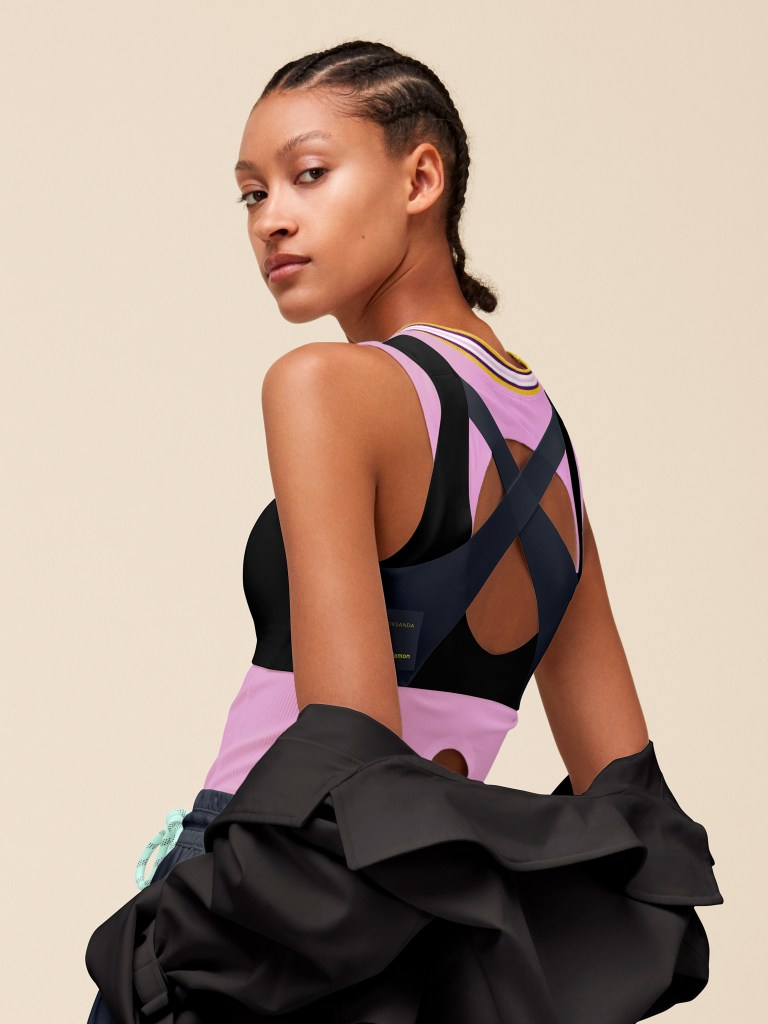 Upon returning to London, Gill joined Indian private investor Eiesha Bharti Pasricha’s fund as an investment director. The fund took a controlling stake in Roksanda in 2014 and helped the brand’s revenue grew from 3 million pounds to 10 million pounds in 2018, according to reports. The brand is known for voluminous dresses with an artistic touch.

He transitioned to Roksanda as ceo in March 2018, succeeding Carmela Acampora. Later that year, Bharti Pasricha hired Deloitte to conduct a strategic review on a potential sale of the brand, while Gill restructured the company and continued Roksanda’s inclusive approach”. Around 25 percent of Roksanda’s 40 employees now come from inclusive backgrounds.

The fund concluded not to sell at that time, despite interest from potential buyers, and continues to look for opportunities to grow the business, including designing a show apartment for King’s Cross luxury development Gasholders, partnering with Lululemon on an ath-leisure capsule, and working with Farfetch to reach Chinese consumers amid COVID-19 disruptions.

During the pandemic, the company was put on pause, but Gill has been working on a sustainability manifesto and minimizing order cancellations by repurposing part of Roksanda’s fall 2020 collection as resort 2021. Diversified offerings of knitwear, separates and casual jersey also helped the brand tap into the work-from-home shopping trend.

“It’s going to be a smaller market share for everybody now, but I do feel that as soon as human confidence returns, so will consumer confidence and we’ll all be ready to get back to life,” he added.

The situation has also forced the brand to speed up the implementation of its own online business. “We had it in the works for our transactional e-commerce and that was something that we were developing a lot more slowly, but I think it’s definitely forced us to expedite, which I’m hoping can be transactional in the next months,” he said. 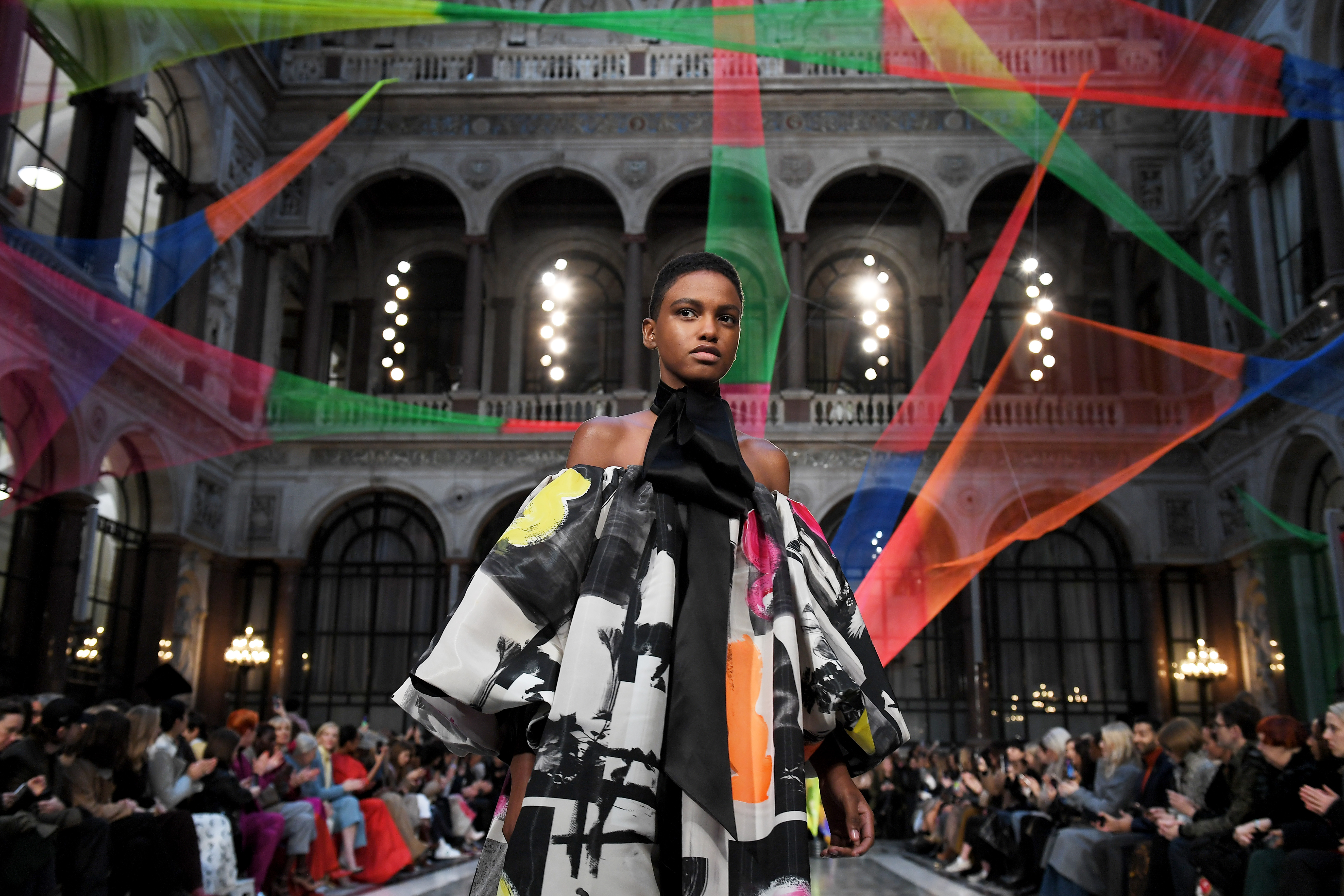 Model on the catwalk at the Foreign and Commonwealth Office Roksanda show.  James Veysey/Shutterstock

The brand will be on London Fashion Week’s September digital schedule, but Gill and Roksanda Illinčić, founder of the company, are still figuring out what the presentation will look like. For its fall collection, the brand collaborated with emerging British-Bangladeshi artist Rana Begum to decorate the courtyard at the Foreign & Commonwealth Office with tie-dyed fishnets strung across the ceiling.

On top of working at Roksanda, Gill is also a mentor for emerging designers through the British Fashion Council’s Fashion Trust, supporting designers such as Eudon Choi, Rejina Pyo and Fyodor Gola on financial and merchandising strategies.

“I want to use my journey and my platform foremost in a mentoring capacity, both in the industry and the wider society,” he said: “Pre-COVID-19, I went to a school that I was asked to speak at and it was an underprivileged school with a high BAME population in Slough, and they just wanted me to talk to the sixth-form students about my journey, and being gay was a big part of that.”

In early June, BFC hosted a private conversation for people with diverse backgrounds working in the fashion industry in the U.K. Around 160 people attended the Zoom meeting. It wasn’t until then that Gill realized how small the fashion BAME community is, and how much needs to be done, starting from within the organization, which currently only has two employees who are not white.

Gill also wants to be a role model within the LGBTQ community. To begin with, he encourages people who struggle with their identity to explore in real life — instead of only walking down the easy avenue of dating apps like Grindr.

“We go online and we can be, to some extent, anonymous whilst we’re finding ourselves and finding out who we are, but that isn’t the only avenue. What I did when I first came to London without knowing anybody whatsoever, I was actively looking for other groups that were socially LGBTQ-friendly.” 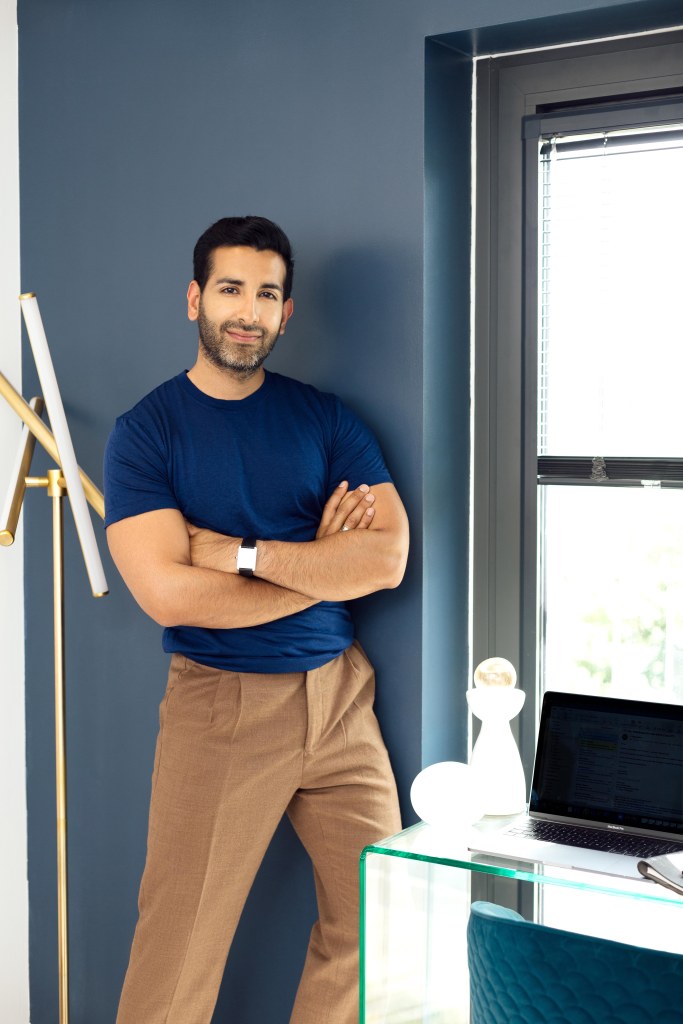 “My advice would be to make friends first, make friends in real life, from the community, of all different ages, LGBTQ and older and younger and meet them and build real authentic relationships through groups, through yoga groups, whatever we can start with. We start small, and then it grows and in time, we’ve got to build a real circle and I just feel from their acquaintances and circles you will meet someone,” he said.

“With the app, you’re going into the big bad world, looking at some massive muscle guys and you think, ‘oh I want to go for that,’ and he has spent 25 years in the gym building that body and he is looking at someone who doesn’t have that. He rejects you and you take it personally. But just think about it more from a social context, how would you go about this in real life?” he added.