From the liquid-effect silver banners planted outside the Bourse de Commerce, located near the Forum des Halles in central Paris, to the rough-hewn carpets in the entrance hall, the brothers explored a variety of fabrics to bring life to the imposing historic building.

That’s without counting the tubular benches in aluminum bronze on the square in front of the entrance, and the 50-foot-high chandeliers in the 19th-century staircases, made of blown glass encaged in metal. For Ronan Bouroullec, it’s all about creating a space where people want to linger. 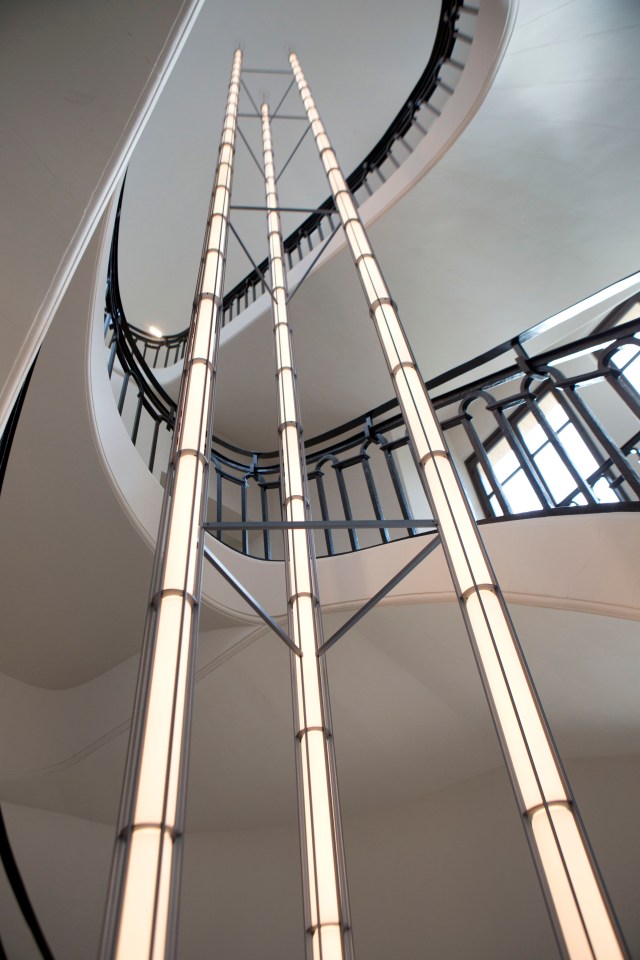 “To me, a museum is a place that must allow you to enter a contemplative state, to enjoy a physical sensation similar to when you’re at the beach, or sitting in a field looking at a landscape,” he said.

With ticket counters located outside the building, the reception area of the museum is designed as a place for people to relax and ease into the experience. Sound is cushioned by carpets with an abstract weft, also used to upholster wide benches. It was developed by a factory working on old jacquard looms in the north of France.

The Bouroullec brothers played with the tension of the threads to create the organic pattern. “We worked with this feeling of something that looks almost random. It feels irregular, alive,” said Ronan Bouroullec. “Right now, I’m really interested in making objects that produce a vibration.” 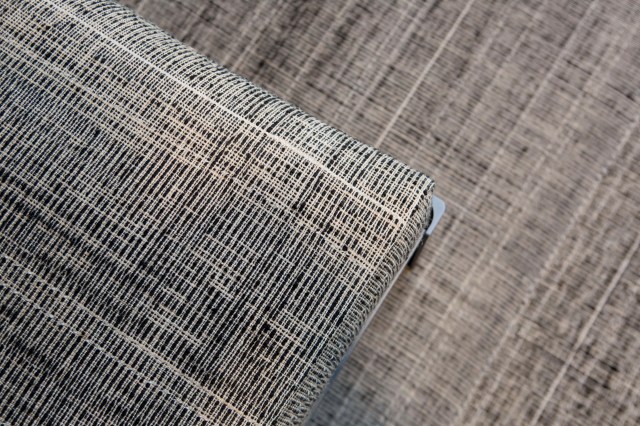 With a practice that extends from cutlery for Alessi to furniture for Cassina, via a television set for Samsung, the Bouroullec brothers are well-versed in how to create mass design objects. Their latest success is the Rope Chair, launched with Artec last year, which is dotted throughout the Bourse de Commerce.

For Bouroullec, that makes collaborating with craftspeople all the more important. He’s working on a new project with lacquer masters in Japan, some of whom are more than 90 years old.

“Craftsmanship matters a lot to me, because if designers like us are not interested in it, a lot of know-how will be lost and jobs will disappear by the truckload, which is already starting to happen, unfortunately,” he said. “It’s important to find a new language for these ancestral techniques.” 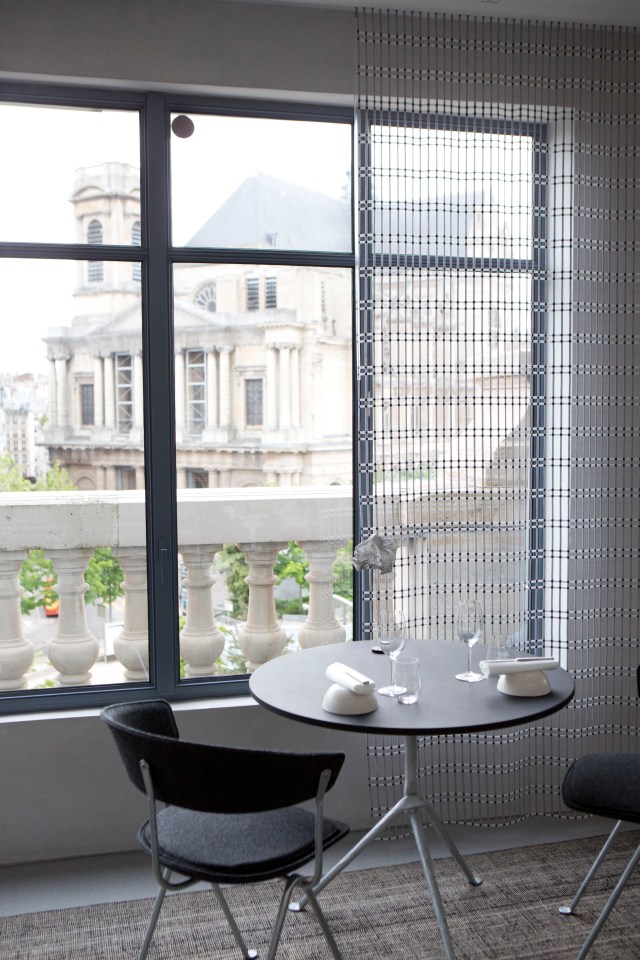 Nowhere is this more apparent than in the Halle aux grains, the museum’s top-floor restaurant run by award-winning chefs Michel and Sébastien Bras. The Bouroullec brothers wanted to create a feeling of intimacy without resorting to bourgeois conventions.

Wrought iron was used for tables, seating and lamps, and the space is punctuated by thick green and brown glassware produced near Venice, Italy. Openwork curtains are made from guipure fabric, borrowed from the world of haute couture.

“It’s extremely comfortable, but the language is fairly new,” Bouroullec explained. “It looks quite contemporary, raw and direct, but at the same time, there’s a real softness.”